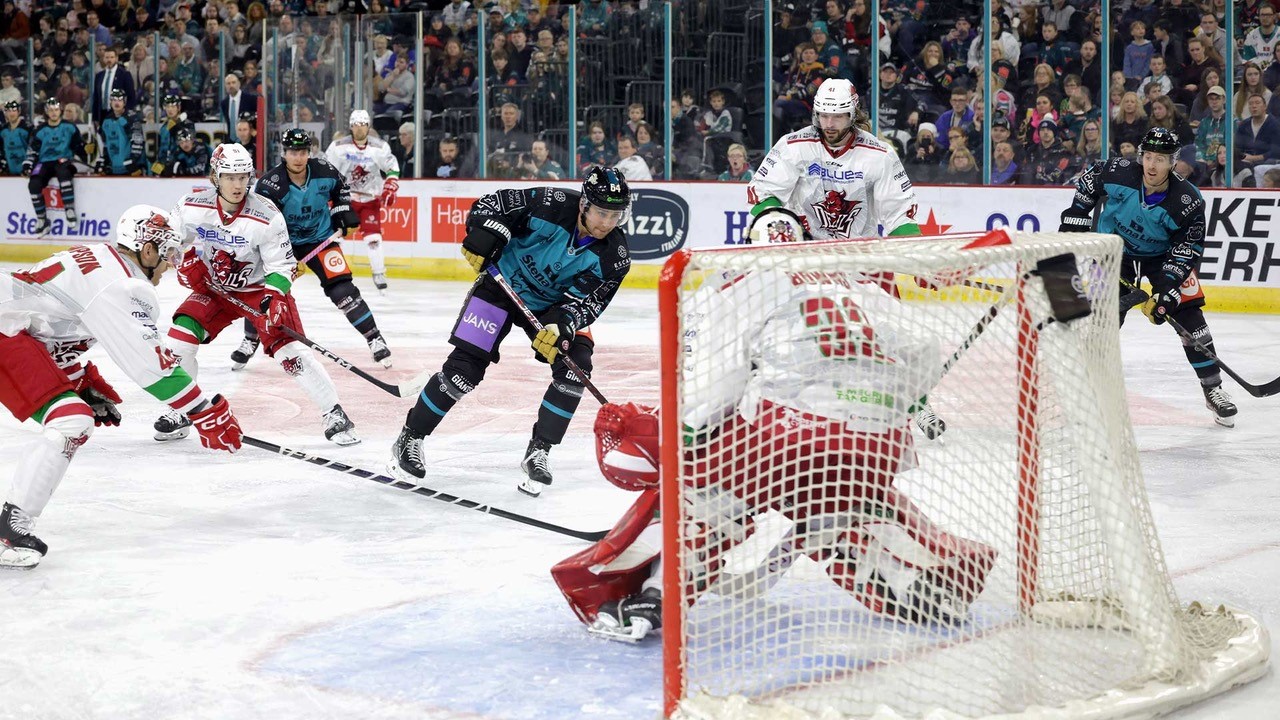 The Cardiff Devils collapsed to their heaviest defeat of the season, and indeed of recent times, after being ripped apart by the Belfast Giants in a dismal 9-3 defeat.

An horrific second period saw the Devils concede seven without reply to give Belfast an unforgivable 9-1 lead going into the third, where with the hosts’ foot off the pedal, Devils pulled two goals back.

Friday night’s 6-2 win over the Nottingham Panthers had seemed as ideal preparation for their first visit of the season to the defending Elite League champions.

But the manner of the defeat will thrust the spotlight on the current roster, who have crashed to a new low in a season blighted by inconsistency.

The Devils were on the backfoot from as early as the second minute after Ben Bowns allowed himself to be beaten from a narrow angle by Giants wing Steven Owre.

Owre had been yet to score this season, recording just three assists in 10 games on the Giants third-line, but would go on to enjoy a four-goal evening at the expense of the Devils.

The Devils’ goaltending received minimal support and predictably suffered as the team in front of them capitulated.

Bowns allowed four goals from just 16 shots, lasting 25:19 in net before getting the hook. Taran Kozun, in as backup, fared no better, turning away 14 of the 19 shots he faced, as he too failed to inspire the porous Devils defence.

After Owre’s opener, Ryan Penny briefly restored parity on a Devils power play, potting in Sam Jardine’s rebound, before the Giants quickly regained their lead when Darik Angeli redirected a second past Bowns.

The collapse truly began early in the middle period.

And after Owre scored his second with Belfast short-handed, the Giants laid siege to the woeful Devils.

The game was already over as a contest in the third period, where the Devils managed to reduce the deficit.

Jake Coughler scored on the powerplay when he tipped in a shot from Cole Sanford and Brodie Reid picked up a rebound off a Penny shot to slightly soften the scoreline, but the damage had already been inflicted.

STUNNED
Brodie Dupont presents as a proud and enthusiastic coach, so seeing him so evidently hurt and stunned in his brief post-game interview made for uncomfortable viewing.

Dupont was at a loss to explain what had just unfolded in front of him, and was still struggling to digest what he’d just witnessed when he stepped in front of the camera for his post-game interview.

Credit to him for choosing to front up and cooperate with the media, when the far easier option would’ve been to refuse and get straight back on the bus.

Initially joining the Devils as a player at the start of last season, Dupont has only been a coach for seven months. After steering an erratic team to the Play-Off title, his role as head coach became a permanent post in May.

A section of the team’s fan base have highlighted Dupont’s lack of experience as an issue for a team that at times appears to be stumbling its way through the season – but regardless, in extremities such as this, the accountability for what happens on the ice must lie with the players.

Collapsing in the manner they did, without competing, is not a consequence of the coaching staff, the team’s schedule, the team’s owners or anybody else. This falls completely on the players, who have quite simply let Dupont and the entire organisation down.

CHANGES
The humiliating nature means there can be no counterargument or excuses from the players, who have exposed themselves into having to stand up and be counted in close scrutiny from all directions. There’ll be some serious self reflection and difficult conversations in coming days, if not already. And as professionals, those on the Devils roster must show their worth if they are to be deemed good enough to ice for the team.

The harsh alternative is that those who don’t, could quickly find themselves surplus to requirements and replacement players could be drafted in to bolster what is an underachieving roster.

The shortcomings of the roster are becoming increasingly apparent.

The Devils suffer from a lack of leadership and quality that is costing the team on defence, and a talented group of forwards are collectively struggling to deliver on a consistent basis, despite Dupont reshuffling his lines.

It would not be a surprise were the management to make a couple of roster in coming weeks in an attempt to galvanise the team.

From here on in, it will be interesting to see how the Devils management responds and views the current situation.

Furthermore, you sense time is already ticking on some of the players and the team’s owners might feel Sunday has just forced their hand.