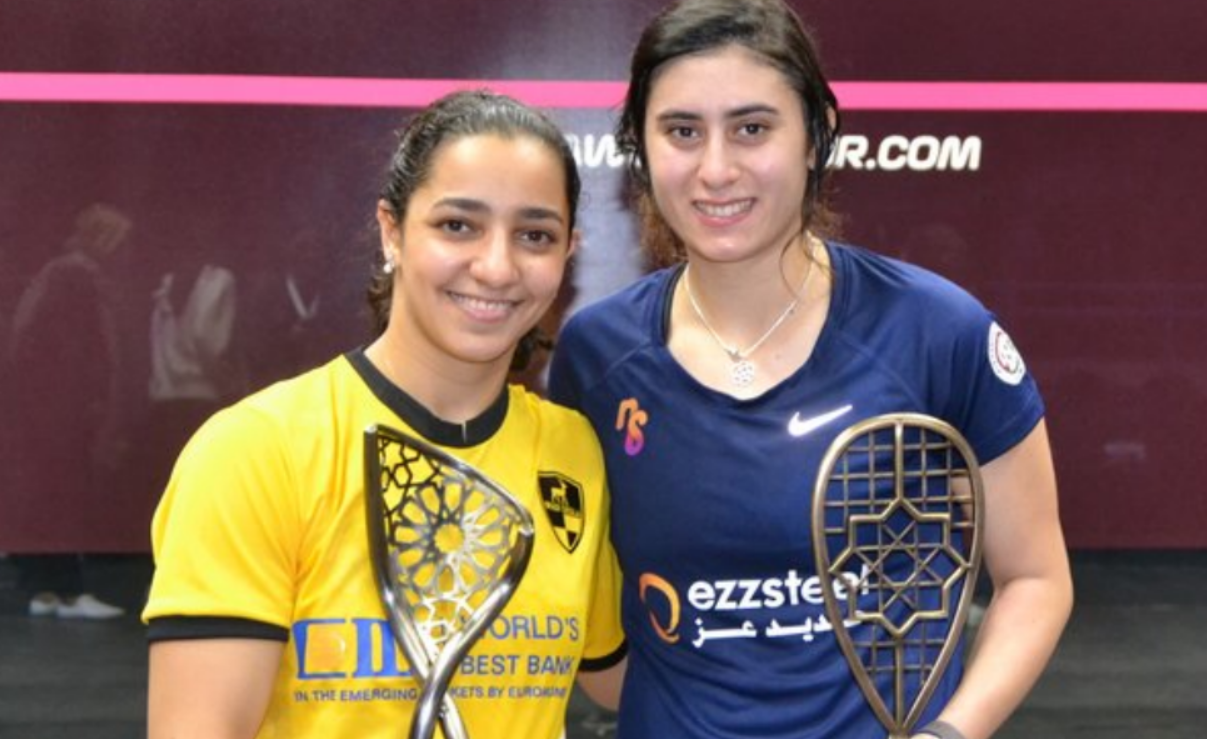 Egyptian squash players Nour El Sherbini (left) and Raneem El Welily (right) play each other in the US Open final.

The Philadelphia dream of Tesni Evans is finally over – for this year at least.

Welsh champion Evans, the Rhyl-based pride of Wales, took on former World Open champion Raneem El Welily and the two fierce competitors battled it out for more than an hour.

Evans, aged 25 and four years younger than her opponent, gave everything in every rally and El Welily was made to work exceptionally hard for her victory.

The reward is a place in the final against fellow Egyptian Nour El Sherbini, who is currently the best player in women’s squash.

Evans has enjoyed a magnificent tournament at Drexel University, Philadelphia and, while she will be bitterly disappointed with this defeat, has impressed over her four matches.

There is little doubt that the British champion, who won bronze at the Commonwealth Games, will climb the World ratings after her performances in America. It is also certain Evans will come back stronger than ever for this experience.

Joelle King, at number five, and Sarah-Jane Perry, number eight, both went out against eighth-seeded Evans, who will take a huge amount of confidence and belief.

The rivals were both aggressive and totally committed and it was El Welily’s touch of extra experience and knowhow which gave her the edge on big points.

At 5-1 down win the fourth Evans looked down and out, having battled through two five-setters in the last 16 and last eight.

There is no questioning her fitness, though, and El Welily was wobbling at 8-8, 10-10 and 11-11 before the tournament second seed clinched her win.

Nobody can take anything away from the consistently outstanding levels of squash achieved by Evans over in the US Open and this experience will drive her on.

Evans is ranked higher in the World than any Welsh woman has reached before and made history in going through to the US semis.

El Welily goes forward to play El Sherbini in the final – a battle between the two best players in women’s squash – while another Egyptian player, Mohamed ElShorbagy, powered into the men’s final.