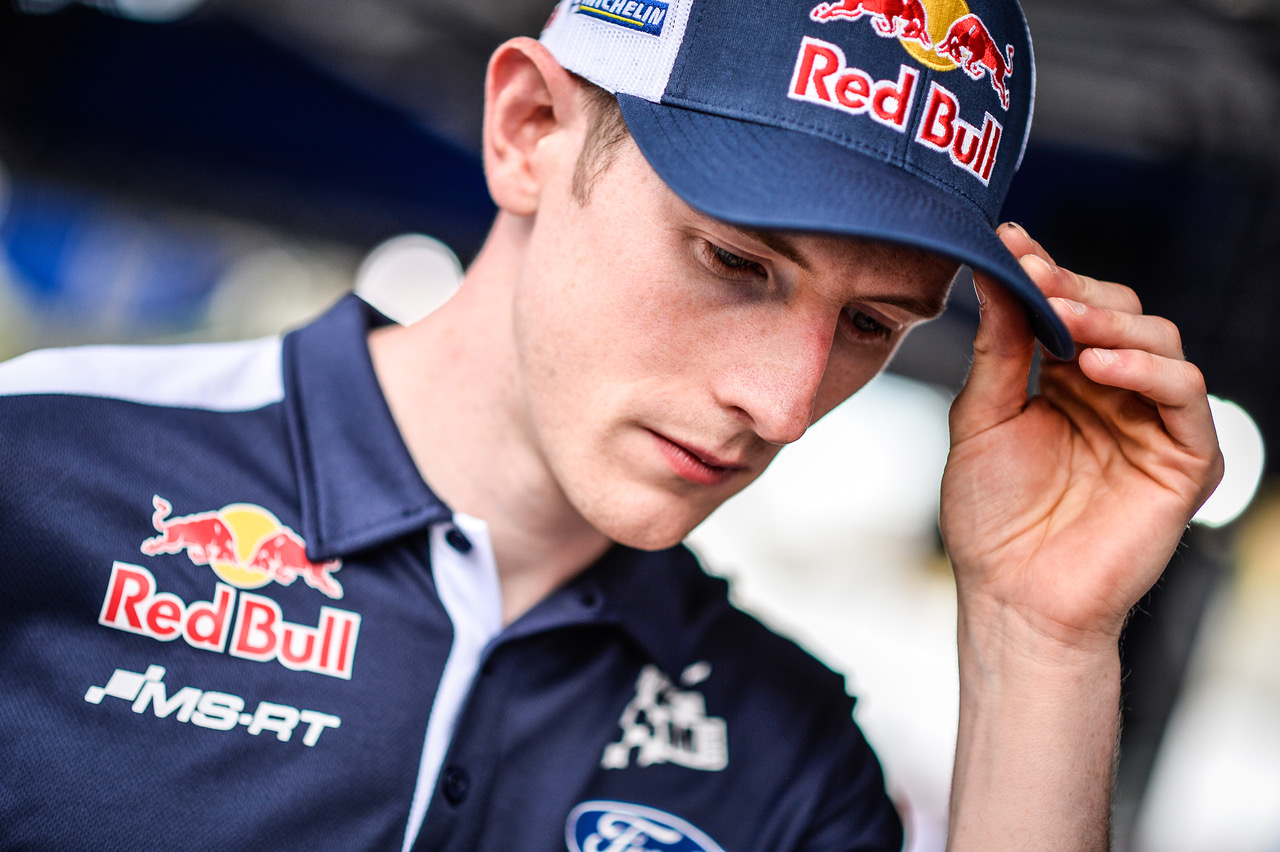 Elfyn Evans may know what 2019 holds for him, but if he does he is not letting on.

After a six-week summer break, Elfyn Evans is revved up and ready for the start of the second half of the 2018 FIA World Rally Championship at this weekend’s Rally Finland.

The event is famous for its super-fast and smooth gravel roads that contain massive high-speed jumps, which send cars flying for 40 metres or more. It’s no surprise that Finland is Evans’ favourite rally outside his home Wales Rally GB, and the 29-year old M-Sport team driver from Dolgellau has done well there in the past, finishing an impressive second last year.

Co-driven by Daniel Barritt, Evans will be hoping that the second half of the series will be better than a somewhat frustrating first, in which his speed in his EcoBoost-powered Ford Fiesta WRC has only truly been rewarded once, with second place in Portugal. If he can get through Friday’s opening day without a puncture or mishap, you get the feeling another very good result could be on the cards.

A good result in Finland, and the following rallies in Germany and Turkey, is also important for Evans to enable him to climb up the WRC leaderboard and secure a better starting position for October’s Wales Rally GB. Evans is seventh in the drivers’ table at the moment, but feels he needs to be in the top five to give him a good enough road position to really challenge for back-to-back Rally GB victories.

A one-day pre-event test in Finland went well, and now Evans is in the central Finnish university town of Jyväskylä preparing for Thursday’s rally start.

“It feels like a long time since we were last in competition, but we’ve not been sitting idle,” said Evans. “The team have been working extremely hard, we’ve had a good test, and I’ve also been doing a lot of PR work with Ford and Red Bull.

“I was involved in an advert for the new Fiesta ST – a great little road car – and also got behind the wheel of the Fiesta WRC to film some promotion with Red Bull ahead of Goodwood Festival of Speed. The festival itself was great, but now we’re ready to get back to business, and start the second half of the season with one of the highlights of the year – Rally Finland.

“I’d challenge anyone who said they didn’t enjoy driving Finland’s gravel roads in a world rally car! The high speed combined with the technical nature of the stages is incredible, and when you get into a good rhythm it’s a phenomenal feeling.

“We did well here last year and found a good feeling on the test; but the margins for error are so fine and the gaps so small that even the slightest of mistakes can be costly. The competition is going to be strong so we’ll need to be note perfect and deliver a very clean and precise drive. If we can do that, and get everything right, then I’d hope that we’ll be in with a good chance.”

A fresh-look Rally Finland awaits the WRC contenders, as almost 65% of this year’s route is different to last year and just one stage, Pihlajakoski, is the same. A new shakedown, Vesala, kicks off the action on Thursday, preceding the slightly amended Harju street stage in Jyväskylä that evening. Crews head west of the rally base on Friday for nine forest stages before returning to the city for another run through Harju. Ässämäki (SS4/9) is totally new while Äänekoski (SS5/10) runs in the opposite direction this year. Saturday, around Jämsä, is a big day covering nearly 143 competitive kilometres over two loops of four stages spanning a 16-hour period. Sunday is by far the shortest day of the event but no less demanding. Two runs through two classic stages, Ruuhimäki and Laukaa, which runs in reverse this year, rounding out the action. Ruuhimäki has been used as the shakedown in previous years and its stomach-churning jumps will now play host to the all-important Power Stage.