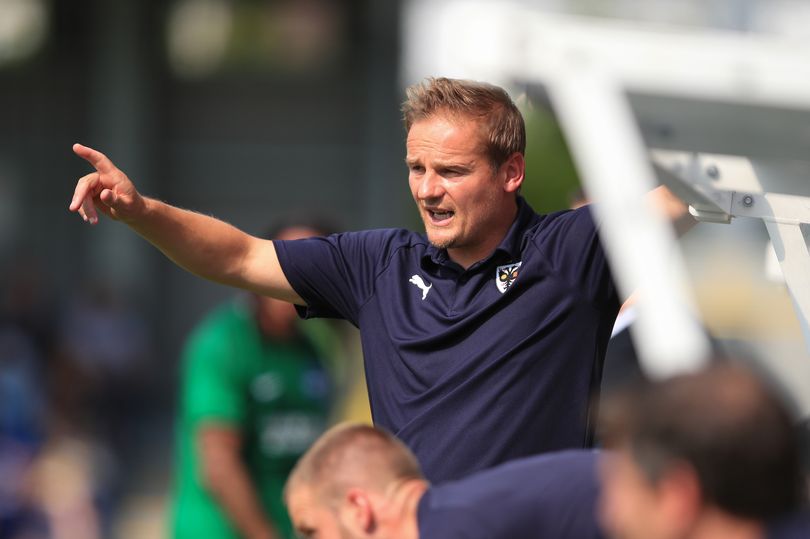 Josh Magennis looks set to lead Hull City’s attack against Cardiff City, the club where he started his professional playing career as a goalkeeper!

Northern Ireland international Magennis was a teenager when Bluebirds’ manager Dave Jones selected him in the first team squad for a cup match against Liverpool at Anfield.

But it wasn’t long before Cardiff youth coach Neal Ardley shocked the athletic, 6ft 2ins Magennis when they were sitting together on the way home from a youth match, saying: “You are not going to be a goalkeeper, but do you want to try to be a centre-forward?

“If not we are going to have to release you.”

That came as a shock and the Bangor-born forward admits: “I thought ‘What’s going on?’

“Neal told me ‘Don’t listen anybody else, just trust me.’

“I fully trusted him and prayed about it. And I’m here as a professional footballer.”

Now the 29-year-old centre-forward, who also played at left-back for Scottish club Aberdeen, is in Hull’s squad for their home Championship match against Cardiff City this afternoon.

When Ardley shocked him with the ‘you can be a striker’ idea, Magennis had already started to realise he was struggling to make the grade as a goalkeeper.

He was even contemplating quitting football to play rugby union, saying: “I wasn’t good enough. I remember a cup game against a team in Swansea and I had a nightmare, dropping two goals in. It just wasn’t working.”

“As a youngster I used to play one half in goal and one half on pitch and Neal found that out. He had watched my feet in small-sided games in training and seen enough.

“I did well in the youth team playing outfield and moved up into the Cardiff first team. It worked out.

Magennis made 10 first team appearances for Cardiff in attack, while he has played more than 270 first team matches in his career, scoring 67 goals.

Since leaving South Wales he has stopped off at Grimsby, Aberdeen, St Mirren, Kilmarnock, Charlton, Bolton and Hull, joining the Humberside club in August. Magennis has played seven matches for the Tigers and scored one goal.

He made two appearances in goal for Northern Ireland under-17s before he played for the under-19s in attack.

Coach Ardley, now Notts County manager, recalls his chat with Magennis 12 years ago, saying: “When I arrived in Cardiff, Josh was a first year apprentice goalkeeper at Cardiff City.

“He was six feet, two inches tall, and powerfully built. When we did a few things in training I noticed that he was the quickest in the team, had the most powerful shot and could leap like a salmon.

“One particular time we were doing set-pieces and I watched him get above two centre backs and bullet a header into the top corner. I said to the staff afterwards ‘this boy could play up front’, but they all laughed.

“I had a chat with the goalkeeping coach and heard that Josh was not going to make it as a goalkeeper. He had a year left and I told Josh that his best chance was as a striker.

“Josh said he would go for it and the following season we did a lot of work with him as a centre-forward. He scored 15 goals in 22 games, earned a professional contract, and got into Cardiff’s first-team squad.

“Then moved to Scotland and he’s done really well. He was called up by Northern Ireland team and I am proud of it because I don’t think the lad would have made it as a footballer if we had not made that decision.

“It was a brave call and a lot of people thought I was mad, but sometimes you have to trust your eyes. I’ve spoken to him since and he has acknowledged that he owes a few things to me. It was nice to play a part in someone’s life like that.”

Magennis took stick from club-mates and fans when he switched from goal to attack, saying: “I was told I was not going to make it at Cardiff and thought I would go back to Ireland, try my hand at rugby and find a job like everybody else.

“I’ve been through it all. I had players at Cardiff saying it was a disgrace, that they were going to make a show of me and I was wondering if they were right.

“The local paper said the club was making a farce of it and could not believe they had not bought another striker. That was hard.

“But, out of 14 second-year scholars, I was the only one who was offered a professional contract.”

Now Magennis is an experienced striker and will have the Bluebirds in his sights at the KCOM Stadium in Hull this afternoon.

Manager Neil Warnock must decide whether to recall Neil Etheridge in goal now that he is fit. Alex Smithies made a good case to keep the place by keeping a clean sheet in Cardiff’s 1-0 win against Middlesbrough.

Warnock’s men are unbeaten in their last five fixtures and return home following the fixture against Hull to play Queens Park Rangers at Cardiff City Stadium next Tuesday.