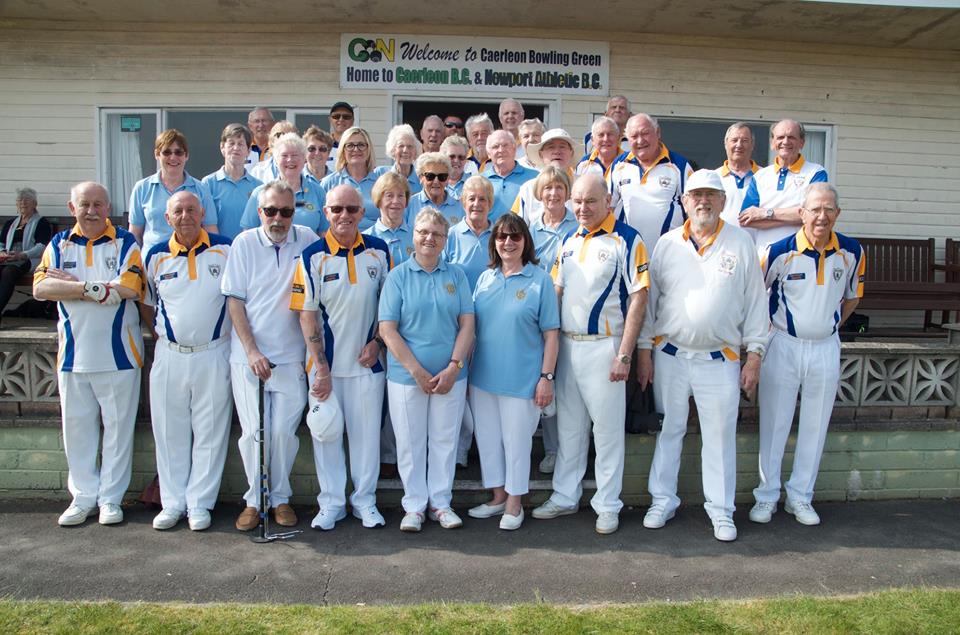 George Gibb admits he wore the look of an anxious man as he peered across the green at Caerleon Bowls Club earlier this summer.

“It was a bit of a jungle, to be honest,” says the club’s former chairman.

“We were looking out and worrying a little at the state of things, which weren’t good. Our regular contractor who maintained the green wasn’t able to do it and after a lot of rain earlier in the year, things were starting to grow very quickly.

“The thing about a bowls green is that if you lose control, then it can take quite a lot of time to get it back to a good condition.

“Once a green has moss growing on it and then bare patches appear, it can quickly become unplayable.”

Fortunately, for the 50-odd members who play at the venue just across the road from the town’s football club, help was at hand in the form of emergency funding from Sport Wales.

The club made an application and received a grant of £400 from the Be Active Wales Fund, which has allowed them to keep not so much the wolf from the door, as the moss from the edge of the turf.

The Be Active Wales Fund is open and accepting applications. ✔️
To ensure you have everything you need, we’ve put together a handy guide. 👇

Founded in 1951, Caerleon are a members’ club, who run four men’s teams and one women’s team, all of which compete in local leagues. Four qualified coaches offer skills sessions on a Thursday night.

The club have run their own facility at Cold Bath Lane on a lease from Newport City Council since 2013.

Since that year, they have also shared their green with Newport Athletic Bowls Club, who were left without a home when the Dragons rugby region decided to re-develop Rodney Parade.

Without the grant to pay for green maintenance, then up to 100 bowlers in Gwent would have been left without somewhere to roll their woods on a summer’s evening once coronavirus pandemic restrictions were eased enough for socially distant bowls a month ago.

“With bar revenue down, this season has been a big struggle financially as we only have members’ fees,” says George.

“I would say that if next season is a normal one, then we will just about survive the losses we have suffered this year.

“But if next summer – from April through to September – we are still being disrupted by the pandemic, then I do have concerns about the future. And those worries are not just for this club, but for all bowls clubs in Wales.”

That should be a worry not just for all sports enthusiasts in Wales, but for anyone who recognises the social value of a sport that can genuinely be played by all ages.

Lockdown meant the threat of isolation for some – a challenge that George and fellow club officials at Caerleon were quick to recognise.

“A number of our members live on their own and so we made sure we kept in touch by telephone.

“So, it’s been great for them to get back on the green to get exercise and fresh air, but just as vitally to socialize. Even at a distance of two meters, you can still; have a decent conversation.

“And thanks to the green maintenance, we have a very good playing surface, too.”