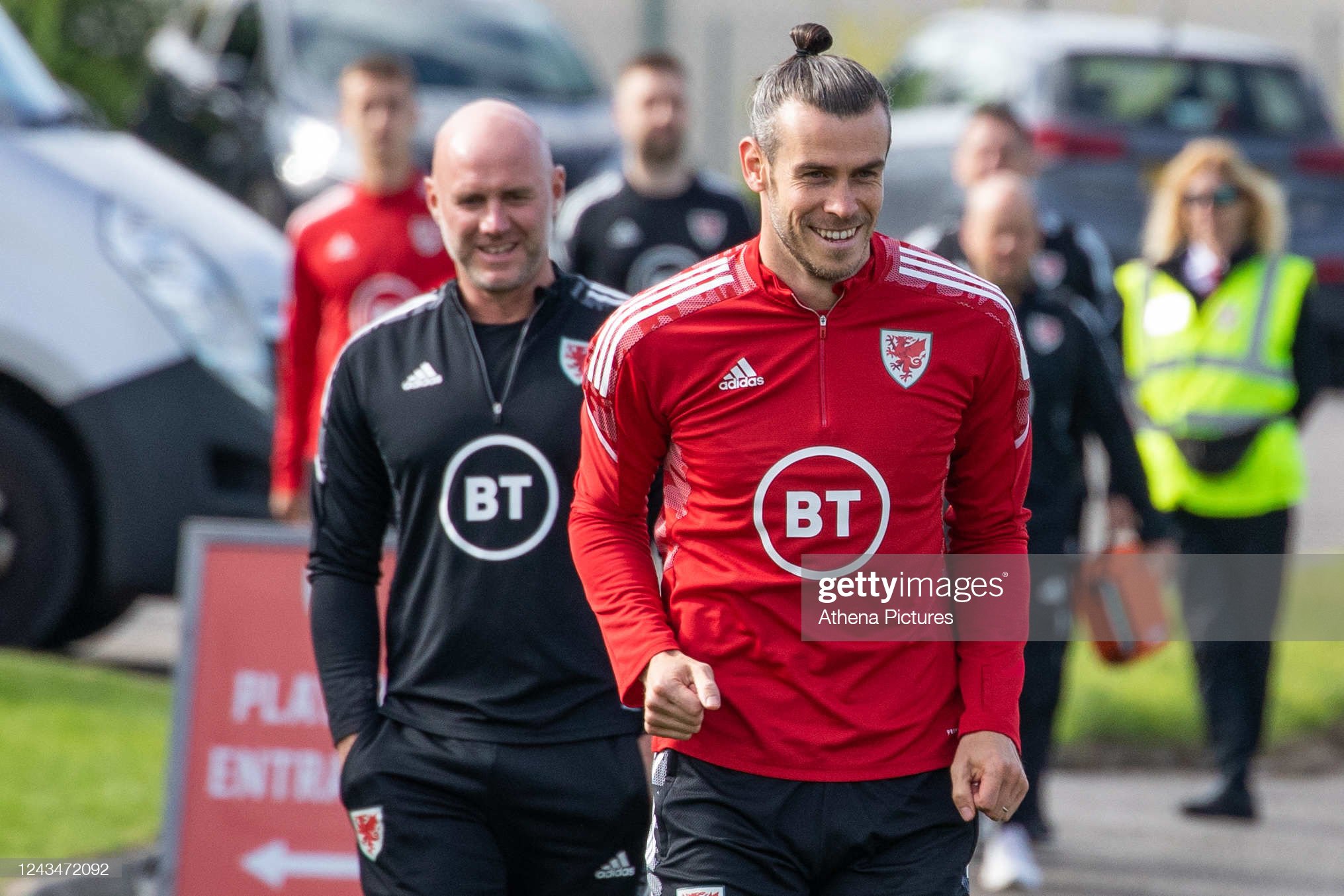 Wales must beat Poland at home on Sunday evening to remain in League A of the biennial competition.

Bale has not played 90 minutes since a World Cup qualifier against Estonia last September, but the Wales captain has declared himself fit for the must-win contest at the Cardiff City Stadium.

The Wales captain is set to start against Poland, where a victory will ensure the Dragons remain in the top tier of the Nations League.

England have already been relegated from the top table after losing to Italy on Friday night, but Bale – who was part of the Wales squad famously captured on camera celebrating England’s demise at Euro 2016 – reckons he was unmoved by the defeat of Wales’ World Cup group rivals.

Asked if he had a wry smile at the 1-0 defeat suffered by Gareth Southgate’s men, Bale insisted: “I am not too bothered, to be honest. We are just focussing on ourselves at the moment.

“I wasn’t watching so I don’t really know what happened.”

Bale last played an entire match last September in a goalless draw against Estonia and even his recent move to Los Angeles FC has resulted in cameo roles of less than 90 minutes.But such is the importance Wales manager Rob Page has attached to staying in League A of the tournament that Bale is likely to start – and could also finish.

Following their 2-1 midweek defeat to Belgium, only a victory can keep Wales among the top tier at Poland’s expense.

Bale added: “Our plan is to try and stay in this league by getting the win.

“It can only benefit us when we play against good teams and test ourselves against the best players.”

Wales are currently bottom of their group with four defeats from five matches but their Nations League campaign was hindered by their efforts to reach their first World Cup finals for 64 years.

That meant Page rested players earlier in the campaign as he concentrated on the successful World Cup play-off final against Ukraine.

“We had to sacrifice the Nations League campaign to really focus on that one game,” added Bale.

“It’s important for us to win the game to try and stay in the top league. It’s obviously not as big as qualifying for a major tournament, but we’re going to give it everything, like we always do.”

Wales and England will meet in the group stages of the World Cup in Qatar on November 29, but Bale believes their Nations League fortunes will have little effect on that clash.

“A World Cup, I imagine, is similar to a Euros. People will up their games, players might not be playing well now but in two months’ time they’ll be playing better.

“When we get to the World Cup, I’m sure we’ll start focusing on the other teams but, whatever they’re doing now is not exactly what they’re going to do in two months’ time.”

Page used Bale as a 64th minute substitute in Brussels on Thursday, arguing that jet lag made it important to tread warily with his key player.

But the Wales boss is ready to launch Bale at the Poles from the start and said: “Gareth did really well for me when he came on and he’s put himself in a position where he could start.

“There’ll be no surprises when you see the team sheet.”

Chris Mepham and Ethan Ampadu are both suspended, with Ben Cabango and Joe Morrell the most likely candidates to fill the void.

Page said: “It was a big ask of the lads the other night. collectively they’ve covered the most distance we have in a couple of years.

“There’s no injuries, but a lot of fatigue we need to sort out to get ready.

“We’ll go all out to get the result we need to stay in the division.

“We’ve had the big players step up in the big games, look at Aaron against Hungary and Gareth recently.”