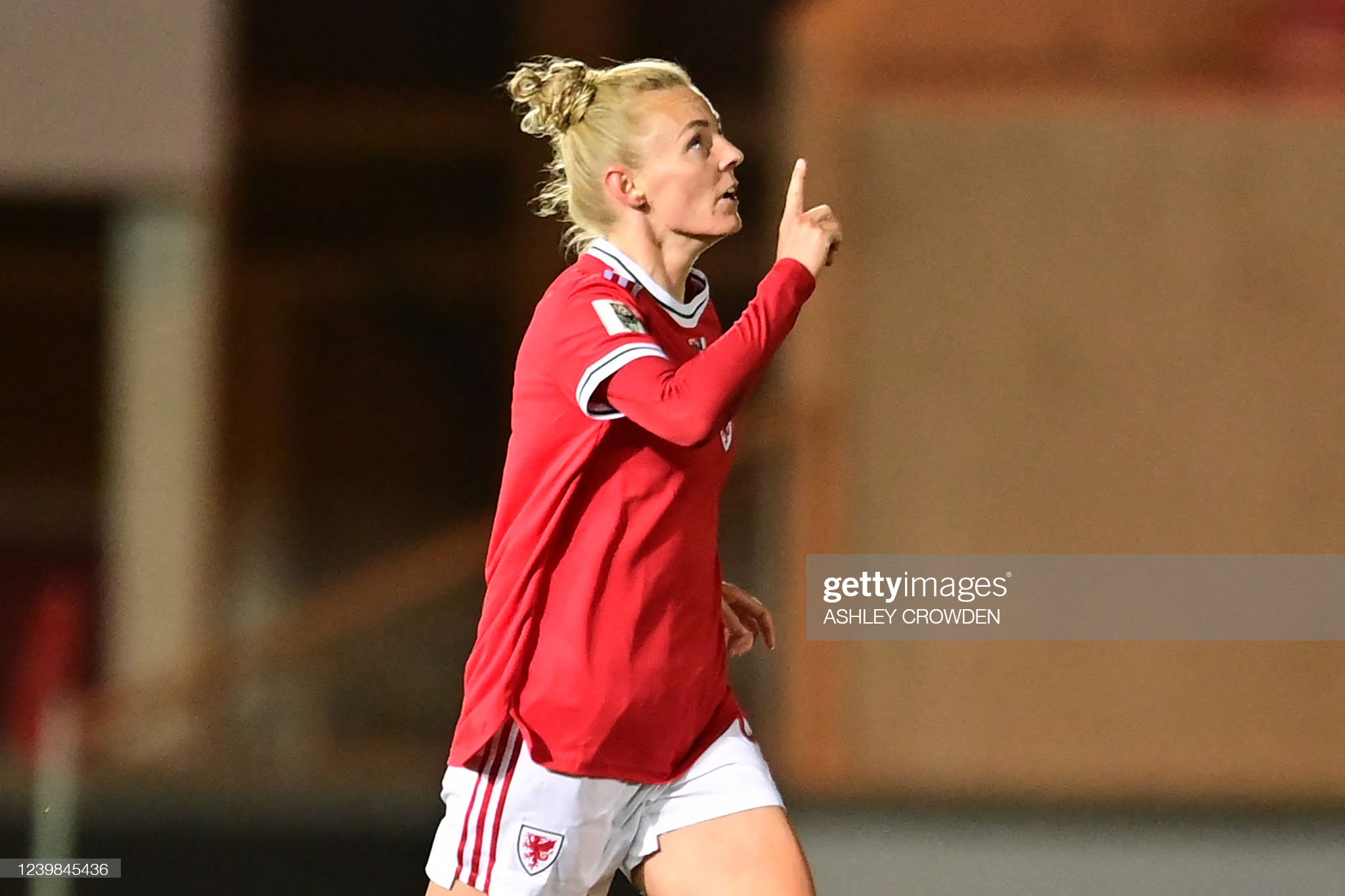 Wales manager Gemma Grainger says her team will take the positives from a resilient performance in a tight 2-1 defeat against group leaders France and use them to fuel the remainder of their World Cup campaign.

While the hosts conceded two sloppy goals, Grainger was upbeat about the performance insisting that the big nations now respect Wales.

The coach was pleased her side showed they can compete against the top nations and really cause issues for some of the best players in the world.

Helen Ward came on in the dying moments to receive her 100th cap to a huge ovation from the crowd and Wales showed their progress with France looking to break the game up at the end to avoid dropping points.

While Wales were unable to get the equaliser, Grainger asserted it showed the big teams now have the utmost respect for this Wales team.

“When we look at the in possession work we have done, the fact we’ve got one of the best teams in the world making substitutions and time wasting, is a real sign of the team that we are,” said Grainger.

“We want to play these teams in tournaments, and I feel like that was a tournament game.”

Two goals from Wendie Renard and Marie-Antoinette Katoto were enough to win the game for France on the night.

Despite a late comeback from Wales following Sophie Ingle’s goal, which lead to a nervous end to the game for the visitors, the French held on.

Wales showed great application and character in the last 20 minutes to get back in the game, against the world’s third best ranked team, despite falling 2-0 behind after 57 minutes.

“I think we had a couple of decisions that went against us today, but that’s football,” added Grainger.

“We are talking about competing with one of the best teams in the world and I’m proud. I’m disappointed but I’m proud, which is the overriding feeling.”

Grainger was realistic when talking about the two goals conceded by her side.

On the half hour mark, France’s captain Wendie Renard scored an unopposed towering header past the helpless Laura O’Sullivan, who was making her 50th appearance for her country.

It was a blow for Wales as they had been causing France some issues at the back.

Grainger admitted: “It’s disappointing to concede the corner, because apart from that we’re coming in at half time. 0-0.”

Wales’ style has evolved under Grainger. She is keen for the team to play out from the back and show courage on the ball.

Unfortunately, the approach led to another goal when Marie-Antoinette Katoto put O’Sullivan under pressure, forcing her to take an extra touch.

That allowed Europe’s in-from striker to charge down O’Sullivan’s clearance and to stroke the ball into the empty net.

Wales had a mountain to climb against the team ranked number three in the world, but their response was impressive.

“I think this group are incredibly resilient, we have seen it again. I think we have had more chances than France and we want to convert them, obviously,” added Grainger.

The home side piled on the pressure and won a corner, to the delight of the home fans. It was scrappy in the box but when the ball fell to Ingle on the edge of the penalty area, her rifled shot was deflected in and Wales still had hope.

Wales continued their pressure for the remainder of the game and there was a controversial moment when Jess Fishlock was brought down on the edge of the box.

The referee awarded a free-kick, but the home fans were aggrieved it was not a penalty.

Grainger was disappointed with the decision and added: “It probably is a penalty, it’s really disappointing that you don’t get those moments, but like I say, it’s football and it happens.

“It’s fine margins and we talk to the players about what those fine margins are. It is another opportunity tonight to learn and most importantly take it into Tuesday.

Grainger is still upbeat about the situation in the group and said focus will now switch to Tuesday’s crucial game in Kazakhstan.

“Tonight was never going to define where we were going to finish in the group. We need to rest, recover and we need to move on really quickly from this game and really put all our focus into Tuesday.”

Youngster Carrie Jones also believes progress is being made under Grainger.

She said: “I’m a little bit disappointed. I think we had some good chances. You could argue it was a penalty on Jess in the box.

“To say we are disappointed against a team like France shows how far we’ve come. We’re just disappointed we didn’t get anything out of the game.”

Grainger heaped praise on the 18-year-old superstar who came in to replace the suspended Kayleigh Green and was asked to do a difficult job alone up top.

“To bring her into a team and ask her do what she’s done tonight, that’s hard. Every player in this team will play a part in us being successful.

“Carrie has stepped in again and it’s no secret she hasn’t had many minutes at her club. But she’s had 90 minutes against France and had a real impact.

“We are very much on a journey. We are building for this team to be successful for years to come.”