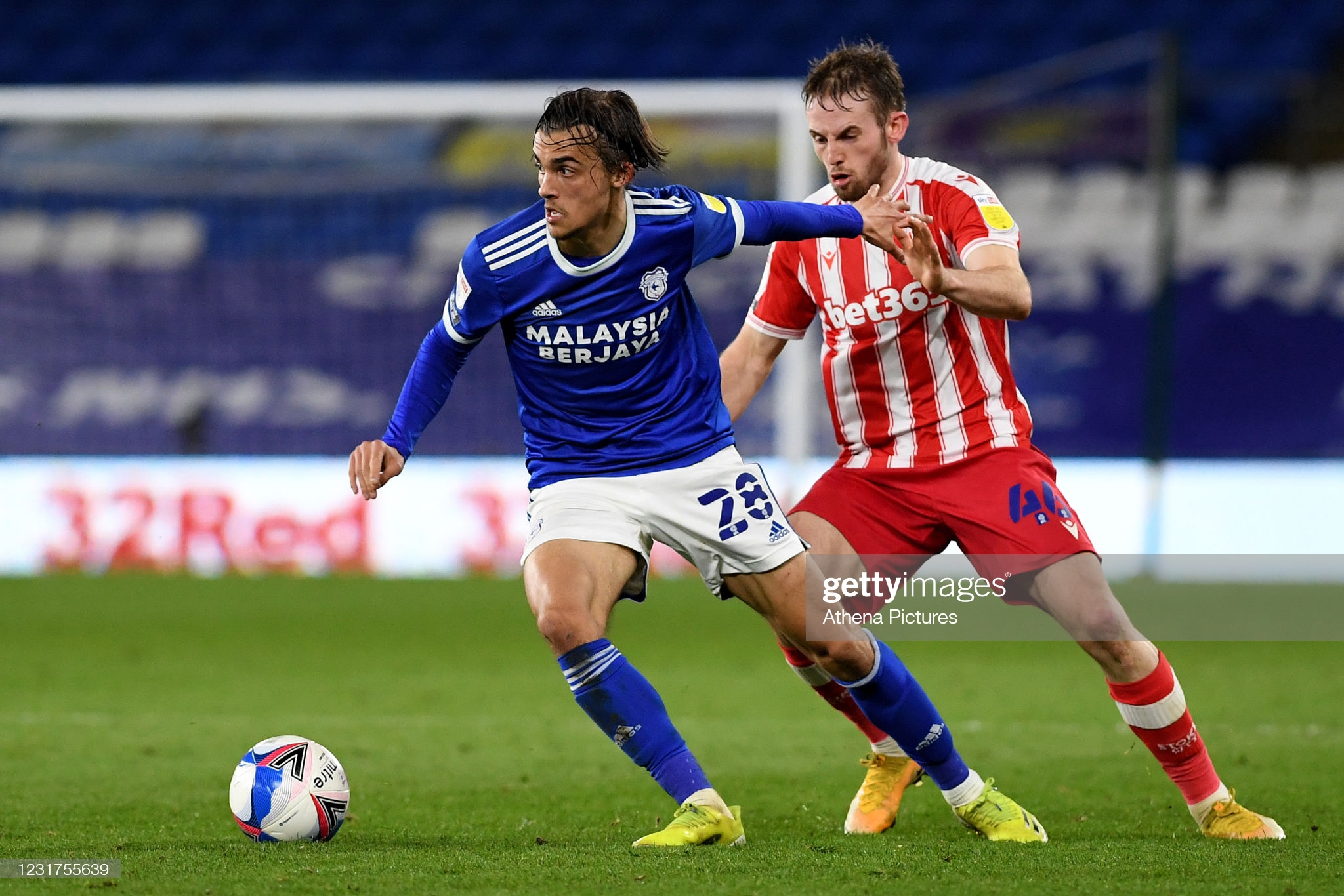 Cardiff City this week announced they had agreed a new two-year contract with one of their most promising youngsters – 21-year-old Tom Sang. It’s a decision that underlined just how rapidly the Liverpool-born player has progressed this season, says Jack Price.

Whilst Tom Sang and Cardiff City are now basking in his current successes, his fortunes have not been so rosy throughout the season.

At the start of this campaign, Sang found himself a peripheral figure in the fourth tier with Cheltenham Town, a long way from where he stands today in holding down a place with a club in the Championship.

The youngster, formerly on the books at Manchester United, would go on to make only three League Two starts across a disappointing six-month loan spell in Gloucestershire before returning to Cardiff in January.

He did, though, manage seven further substitute appearances but even the most optimistic of supporters could not have dared to predict that upon his return, Sang would go on to play a crucial part, all the while deployed out of position.

Indeed, it betrays what is usually the typical notion; if a player is struggling for action in League Two, then how would they emblazon their name on a Championship team sheet?

For young Sang, a helping of managerial trust and a sprinkle of luck would prove to be his awakening.

All it took was a knock to January signing Perry Ng for the 21-year old to receive his Championship bow and, in an otherwise numbing 0-0 draw away to Huddersfield last month, Sang emerged as a ray of light on the right flank.

Seamlessly, he transitioned to the rigours of second-tier football, barely putting a foot wrong. Six weeks later and his trajectory has only skyrocketed from there.

Since that debut, Sang has appeared in all of Cardiff’s last seven league matches, with six of those being starts. He has engraved a lasting impression upon his promotion to the Bluebirds squad, although, perhaps his most notable performance came in a fierce, cagey South Wales derby victory against Swansea City at the Liberty Stadium.

Matches of that magnitude, which do not come around often, are notoriously challenging to adapt to due to the high intensity and tempo that comes as part of the package.

So, it was most certainly a nervy proposition for Sang with such little experience under his belt.

However, he well and truly thrived, injecting a sense of dynamism out wide and displaying maturity and discipline beyond his years to help his side to a narrow 1-0 win, their first in over seven years in that fixture.

Those qualities exhibited against Steve Cooper’s side have been the blueprint for Sang’s performances, with a glittering future at the Cardiff City Stadium lying ahead.

Versatility is a much-desirable tool in the Championship, and for good reason, too. The hectic, unabated fixtures schedule, coupled with the physical demands of each game, means that rotation and depth is necessary.

Beneficially, Sang is able to cover a number positions. Although a box-to-box midfielder by trade, he has also presented a very good account as a wing back, where he has played ever since returning from Cheltenham.

He also personifies an assured self-confidence in and out of possession, allied to positional soundness. Without a doubt, these qualities will stand him in good stead for the duration of his career.

Additionally, as is the requirement for a dogged Mick McCarthy side, it is nothing short of imperative that you have a good work ethic and the willingness to do the hard yards.

Sang, a player appearing to improve with each game, seems to have that characteristic in abundance, which the veteran coach has publicly touched on.

For now at least, it is still somewhat of an unknown as to where Sang’s long term positional future lies.

Given that Cardiff’s midfield is not getting any younger- Marlon Pack is 30 and Leandro Bacuna is soon to approach that mark – many believe that he could slot back into his natural position and make it his own in the coming years.

Massive boost for the #Bluebirds. Tom Sang has been one of the stand-out players, and arguably the best player over the course of the last four or five games.

Its huge to get a player of his calibre nailed down to a new contract. https://t.co/HGbs5DK3j1

However, his performances in the wing back role will, in turn, provide a real selection headache.

Ultimately though, one thing remains clear. Sang has all the potential to blossom into a key component of Cardiff’s future.

That’s a prospect that should excite Cardiff supporters in what may otherwise looks likely to become a season of under-achievement.