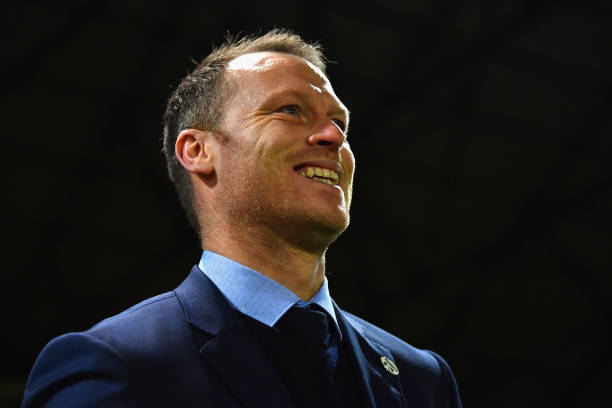 Newport County are ready to prove they are capable of sustaining a League Two promotion challenge this season when they visit Exeter City on Saturday.

For the second season in a row County travel to St James Park with Exeter City top of League Two table.

There is no question manager Michael Flynn has strengthened his County squad going into the new season and that was underlined in a comprehensive 4-1 Carabao Cup win at Cambridge United in midweek.

Flynn made changes for that tie following the 1-0 win against Crewe and insists he is not afraid to change a winning team for the match at Exeter.

Padraig Amond, who scored his second and third goals of the season at Cambridge, is one of the first names on the teamsheet, but Flynn has a tricky decision in deciding who will partner the Irishman.

Mark Harris impressed against Crewe, but did not feature at Cambridge where Jamille Matt claimed a goal and two assists and substitute Antoine Semenyo netted for the first time in professional football.

Nick Townsend performed well in goal on his debut, but may well have to make way for regular number one Joe Day, while youngsters Tyler Forbes and Tyreeq Bakinson could be replaced by veterans David Pipe and Andrew Crofts.

“I’m not afraid to upset people. That’s the nature of the beast and the job I’m in,” said Flynn.

“I have a good group of players and I speak to them before and explain my reasons.

“They don’t always agree with them but it’s my decision.”

Pipe and Crofts both took part in training this week after resting minor injury worries.

Defender Mark O’Brien, who has been out since pre-season, also trained, but this weekend comes too soon for him.

Robbie Willmott again ruled out and Flynn says: “Robbie’s not going to make it. He trained on Wednesday but it didn’t settle down as well as it should have.

“That’s disappointing because he’s an important player for us but I won’t rush anybody back.”

Grecians manager Matt Taylor has confirmed that he expects to be able to call upon virtually all of his team at Newport, saying: “I have some tired bodies. Some did part training, some did part recovery. I have to hope we have a fully fit squad going into the weekend.

“The 21 players that I have at my disposal are all ready to play League Two football and that’s the main thing. I’ve got to get them ready, keep them happy as best as I can and keep them motivated.”

Taylor will have to check on the fitness of summer recruit Nicky Law, the 30-year-old who limped out of their win at Morecambe and was rested in midweek as a precaution.

Newport County AFC have been drawn at home to League One side Oxford United in the Carabao Cup second round.

County beat Cambridge United 4-1 on Tuesday night to book their place in the second round.

The tie will be played in the week beginning August 27.