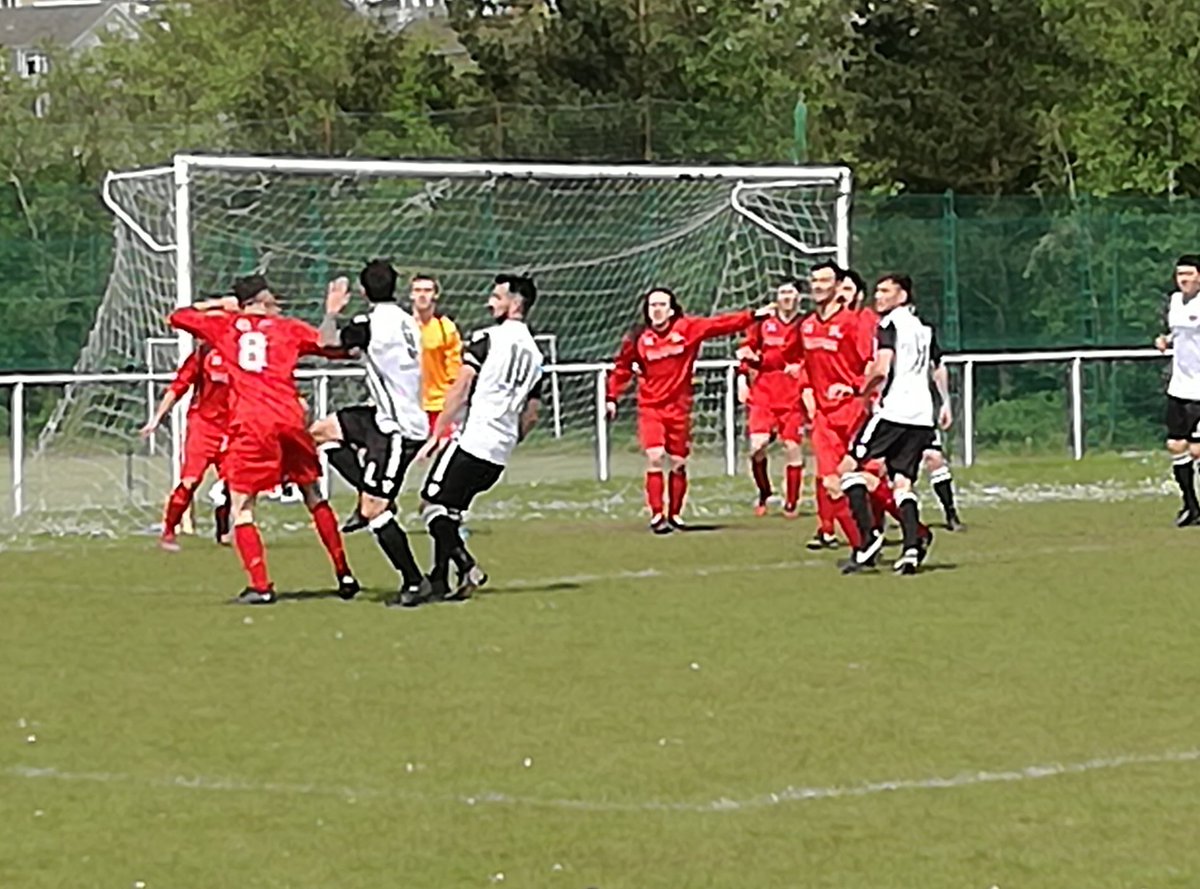 The Reds of Llanelli are Welsh League champions and will be playing Welsh Premier League football next season, while Trefelin missed out on the Third Division top two.

The Trefelin players, unbeaten in their first 24 league games this season, struck a major blow earlier this month when a second half Jordan Edwards header from Travis Monk-Landeg’s left-wing cross earned them a 1-0 win at Swansea University.

That ended a 15-match unbeaten Swansea run and completed a league double for Trefelin against the students.

At that stage Trefelin were six points ahead of Bridgend Street, but that was eaten away by last night.

Uni were awarded with the League championship trophy before the game against Trefelin.

They finished third behind Swansea University and Bridgend Street, who are both promoted. Trefoil stay in Division Three.

Swansea’s student team suffered a first half blow when their goalkeeper was injured and they didn’t have a replacement on the bench.

An outfield player took the gloves in a hard fought match which saw Street take the lead after 50 minutes when Paul Fowler scored from a free-kick at the Willows.

The home team netted again to complete a 2-0 win against the Third Division champions, which lifted Street level on points with Trefelin and into second place on goal difference.

That was a blow for Ryan’s men with champions University, in their first Welsh League season, and Street taking the promotion places.

Trefelin BGC tweeted: “Our fate has been sealed. With @BridgendSt defeating league winners @SwanseaUniFc tonight we will play another season in WL Div 3. So close and down to the final game.

“Congratulations to Bridged St. Boys will be gutted, but a quick turnaround with the Cup Final looming #uppatref.”

Street’s reaction was: “We did it…..the final game of the season saw us defeat champions Swansea University 2-0 courtesy of Paul Fowler & Jeffrey White in front of a bumper crowd of 412.

“An unbelievable feat from an incredible set of players who have done the club proud.
A huge thanks to the fantastic crowd who helped make it a fierce atmosphere.

“Manager Craig Dale and his coaching team have been the catalyst for the surge which saw us become the highest scorers in Welsh League football with 105 magnificent goals.”

Ryan, who won five Welsh League titles during his playing days, is now Trefelin manager and he would love to add the League Cup to his CV.

He was a prolific scorer who led the League goals lists in eight successive seasons, including 54 in one campaign, and had experience in the Welsh Premier with Port Talbot and Aberystwyth Town.

Ryan was clear his target at the start of 2017-18 was promotion and Port Talbot-based Trefelin are bitterly disappointed to have finished third, one point behind Swansea Uni.

Trefelin defeated a team from a higher division in every round on their way to the final, winning against Division Two leaders STM Sports away 1-0 in their quarter-final and Pontypridd Town in the last four.