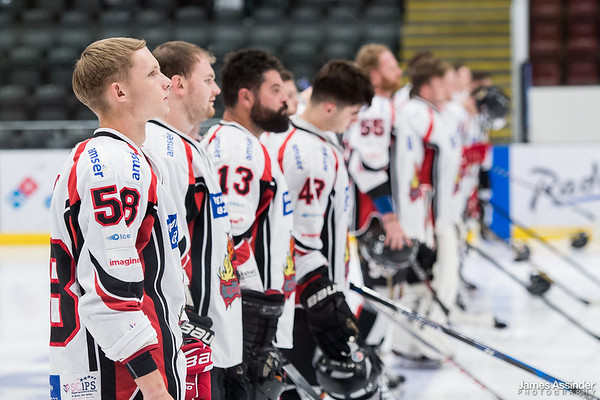 Fire are making a push for the Division Two South play-offs after their hugely competitive 4-3 win against Peterborough Phantoms away last time out.

Head coach Mark Smith had only 13 skaters available for the trip to Peterborough and they worked hard in a victory earned by goals courtesy of Stephen Deacon, Elis Sheppard, Jordan Powell and Morgan Evans.

While Cardiff Devils have Elite League fixtures at Nottingham Panthers and Fife Flyers on Saturday and Sunday, Fire take over the main weekend evening slots at the Viola Arena in Cardiff Bay.

They will have more skaters available this weekend when a win double would be a massive boost to captain Phil Manny’s Fire team and their play-off hopes.

Sunday’s visitors, Oxford City Stars, include influential ex-Cardiff Devils forward Lee Richardson, who played for the Welsh club in 2006-07 when he skated in 58 matches.

Lee, the brother of Devils’ defenceman Mark Richardson, is a key player for Stars and provided three assists in their 4-2 win against Bristol Pitbulls.

The face-off for Saturday’s fixture against Guildford is 6pm, while the match against Oxford City Stars starts at 6.30pm.