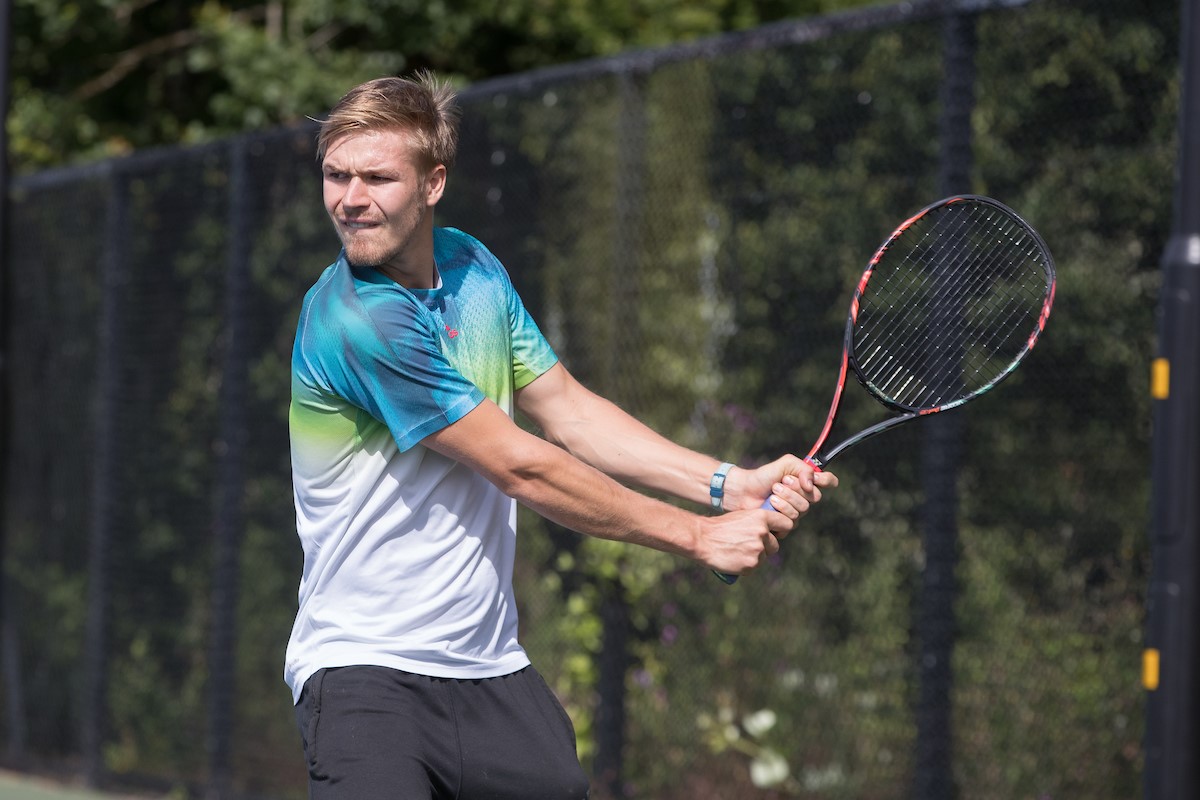 Just hours after defeat at the Wimbledon singles qualifying tournament, Welsh Tennis number one Evan Hoyt was awarded a wildcard into the main draw of the men’s doubles tournament.

Hoyt’s Wimbledon dreams seemed to be in tatters after he suffered a hard fought straight sets singles defeat at the hands of Brazil’s Rogerio Dutra Silva at Roehampton on Monday afternoon.

However, on Monday evening the Wimbledon website confirmed Hoyt and his regular doubles partner Luke Johnson had been awarded one of the remaining doubles wildcards directly into the main draw for this year’s tournament which starts next Monday.

There had been surprise that British pairing Hoyt and Johnson had missed out on the initial round of doubles wildcards and many tennis pundits had taken to social media to argue their case.

Now they will line up in the main men’s doubles draw at the most prestigious tennis tournament on the planet.

So far this year, Hoyt has won three doubles ITF World Tour titles, two of them in tandem with Johnson. The 24-year-old Welshman has also won three singles tournaments this year.

Last season Hoyt and Johnson also teamed up to win an ITF Futures event in Tunisia – one of six doubles titles won by Hoyt during 2018 following his return after an 18-month long lay-off from tennis due to a serious shoulder injury.

This will be the right-hander’s first senior appearance in the main draw at the home of tennis. His previous competitive appearance coming as a junior when he was a doubles semi-finalist.

Hoyt and Johnson are currently ranked sixth and seventh in the doubles top 10 of the ITF World Tennis Tour – the tier between the junior and elite levels of the sport.