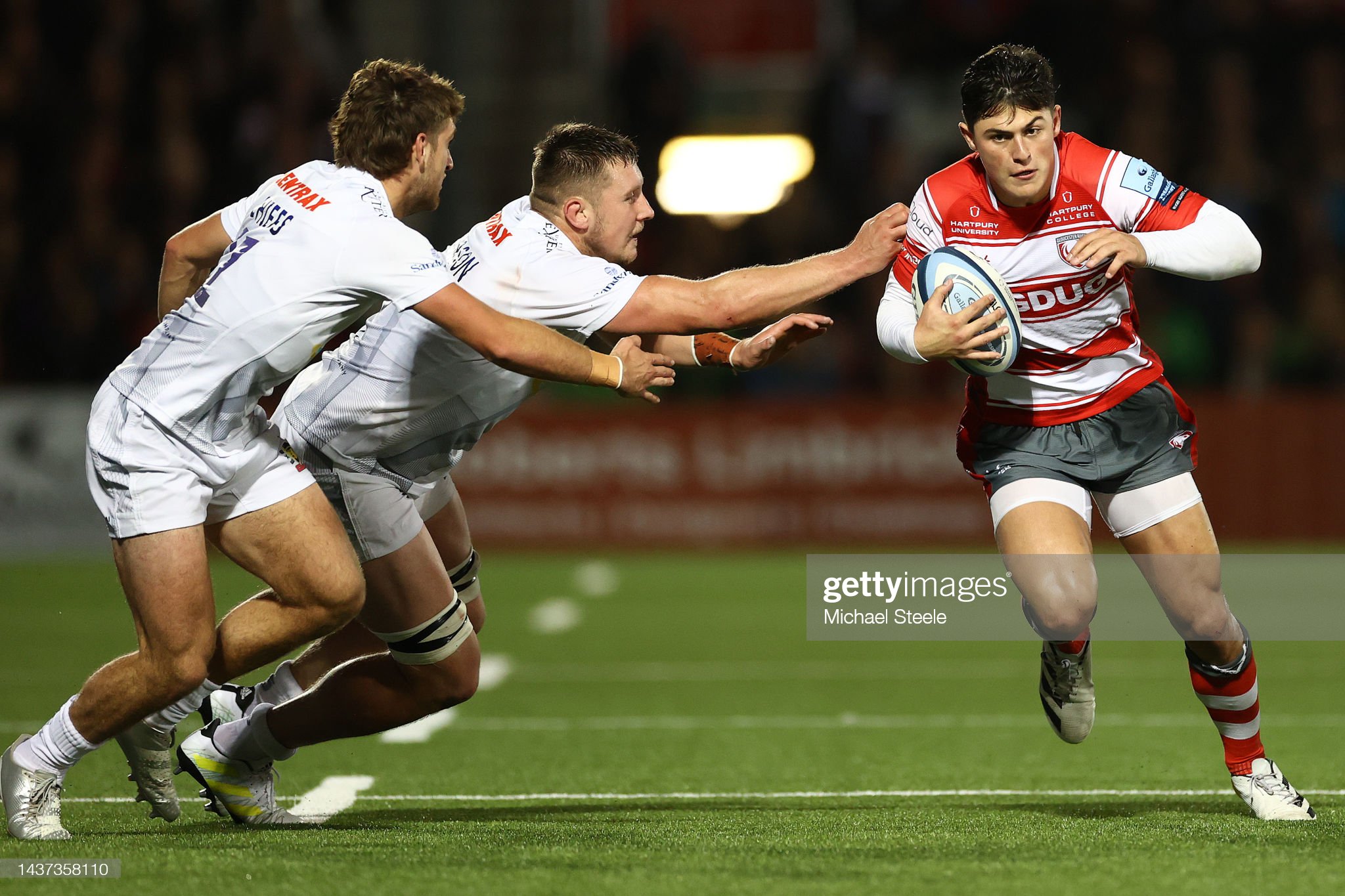 Wales star Louis Rees-Zammit will carry blistering form into the Autumn Nations Series and an opener against New Zealand that he “cannot wait” for.

Rees-Zammit has never previously faced the All Blacks, while Wales last beat New Zealand in 1953.

That run of 32 successive defeats underlines the huge task facing Wayne Pivac’s team when they kick off an autumn schedule on Saturday that also features Cardiff appointments with Argentina, Georgia and Australia.

In Gloucester wing Rees-Zammit, though, Pivac has an enviable strike weapon at his disposal, a player capable of breaching any opposition defence.

If proof was needed of his game-breaking prowess, then the 21-year-old’s performance on his final domestic appearance before Wales duty provided it.

He scored resurgent Gloucester’s opening try in a 38-22 victory over Exeter, and then created a stunning score for skipper Lewis Ludlow by beating two Chiefs defenders and delivering a brilliant one-handed inside pass to his captain, all executed at full speed.

“I saw the moment unfold. I just wanted the ball, to be honest, and kind of backed myself,” Rees-Zammit said.

“I could hear ‘Luds’ screaming for the ball on the outside, and I didn’t really think about it, I just did it.”

I LOVE THIS CLUB 🍒⚡️

Atmosphere was unbelievable Friday night shoutout to all of you who showed up and made it a sell out 🙌🏼 pic.twitter.com/SwIc31jAPJ

Rees-Zammit’s work elsewhere on the pitch also stood out – kick-chase, defence and support play – which underlined the strides he continues to make with his game.

“I have been trying to work on my defence a lot more, and it is kind of paying off,” he added.

“I always back myself in attack, whenever I get the ball, whether it is in space or not.

“It is all about working in the week and getting myself ready for the game on the weekend. Preparation is huge

“There are so many kicks going on, so many kick-chases, you have just got to prepare yourself in the week and hopefully the rewards will come on the weekend.

“I have never faced them (New Zealand), and I cannot wait.

Louis Rees-Zammit has been brilliant tonight 👏

He provides a wonderful pass to Lewis Ludlow who celebrates before he leaps for the try 🤩#GallagherPrem pic.twitter.com/RVb06aY8bu

“They are one of the only teams I haven’t played against at the minute, and watching them doing the Haka against other teams, I just want to see it in real life.

“I missed the game last year as it was out of the international window. It was frustrating, but hopefully I get the chance this year and we put on a good performance.”

Just 19 Tests into his Wales career, Rees-Zammit is one of world rugby’s hottest properties.

It means a burgeoning profile on and off the pitch, yet Gloucester head coach George Skivington has no doubt about his ability to handle it.

“He is a good kid, a humble kid,” Skivington said.

“He is getting a lot of attention and he will be getting things thrown at him – all sorts of deals and what not – but he is very focused on what he is doing.

“He loves being at Gloucester and being part of the team. He has got a good group around him.”