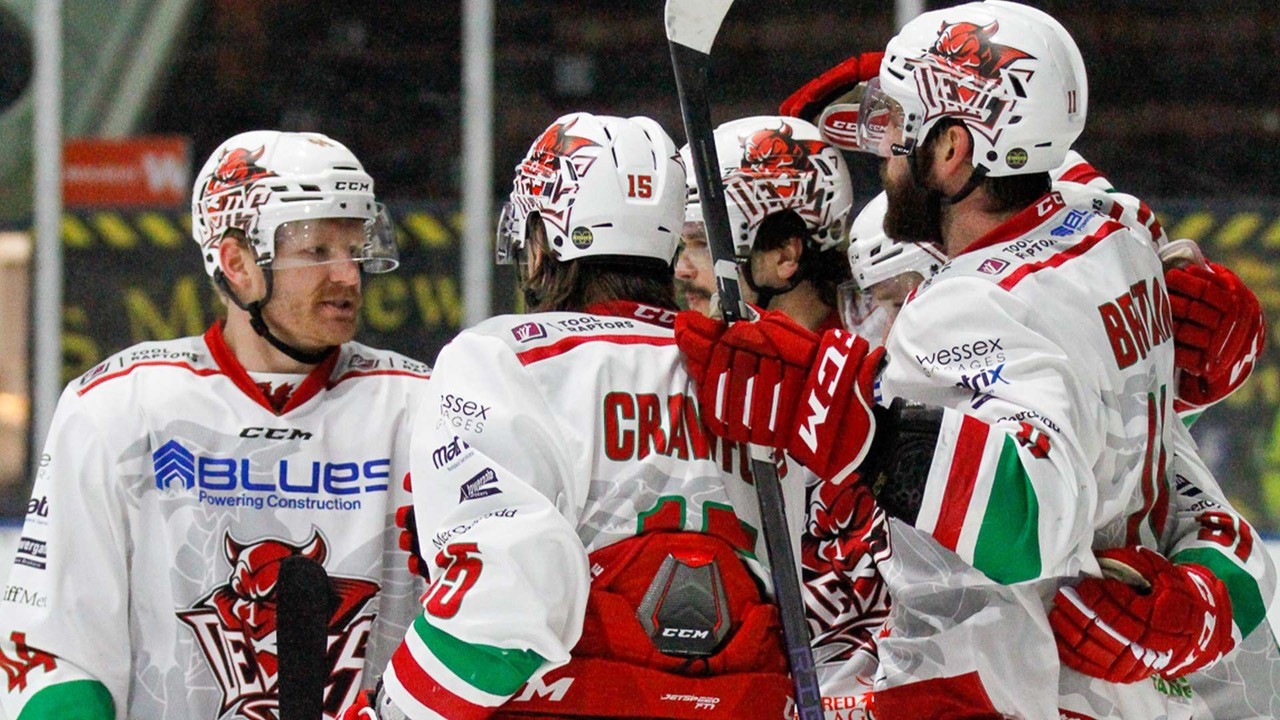 The Cardiff Devils produced a three-point return this weekend, as they continue to cling onto the coattails of the Elite League’s top teams.

The Devils bounced back from their overtime defeat to Coventry Blaze with a comfortable shutout victory at Fife Flyers.

Their 24-point haul from 18 games leaves them fifth in the table and some nine points behind surprise Elite League front-runners Guildford Flames.

With almost a third of the season now behind them, the Devils are yet to prove their title-contending credentials with inconsistent results dampening hopes of a top-of-the-table challenge.

Rivals Sheffield Steelers are three points ahead in second-place, but have a played a game less – as have defending champions Belfast Giants, who sit fourth and level on points with the Devils.

Third-placed Coventry have played two more games but are also three points ahead after the Devils spurned the opportunity to close that gap on home ice on Saturday night.

Joey Martin’s uncharacteristic turnover 16 seconds into overtime allowed Kim Tallberg to race in and clinch Blaze the win, forcing the Devils to settle for an overtime point.

But it was Martin’s early opener the following night, in Scotland, that set the tone for a convincing 3-0 road win over Fife.

Josh Brittain added to the Devils first period lead when he converted a pass from Sam Duggan before defenceman Blake Thompson hammered in a slapshot past early in the third period.

Ben Bowns, in net, stopped all 28 shots to earn his first league shutout of the season as the Devils returned to winning ways and improved their record to 11-5-2.

“The early goal got our momentum going and got the energy on our team,” said head coach Brodie Dupoint.

“We felt like we were in control for most of the game. Fife had a few presses that our goalie came out big with, and that was a big boost for us as well.

“It was a little bit back and forth in the third period, and Fife came out pretty hard, but we managed to keep them out of our net so I was very happy overall.”

Coming off three successive wins against European opposition in the Continental Cup, the Devils were unable to maintain their winning sequence after being held by Coventry over three periods in a closely-fought contest.

Cole Sanford scored his 14th of the season to give the Devils a short-lived lead until Tallberg struck his first of the night. The two sides continued to cancel each other out until the Swede netted the sudden death winner.

Next Saturday, the Devils will face a stern test when they visit Sheffield, before facing the Dundee Stars at Ice Arena Wales on Sunday evening.