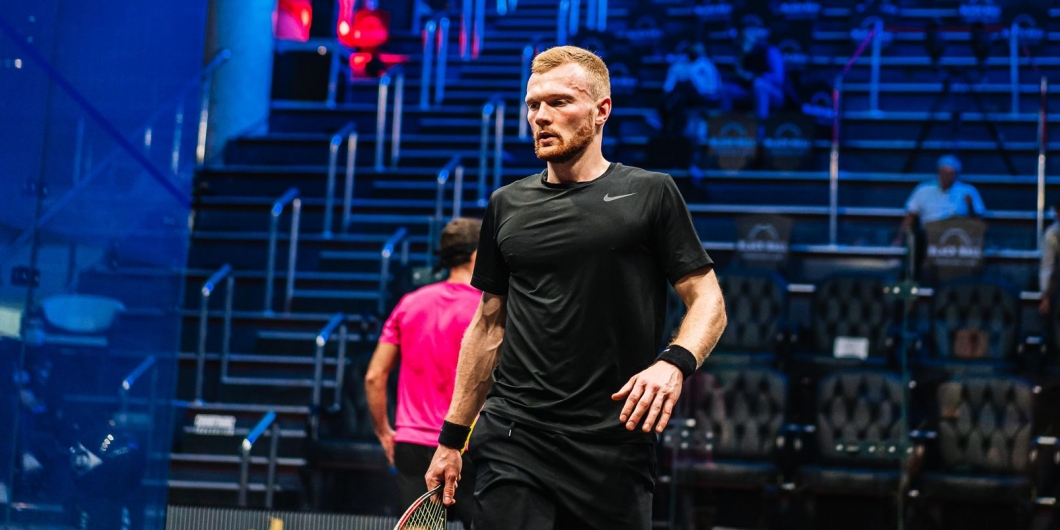 Joel Makin into third round of the Black Ball Open in Cairo after 75 minute battle.

Joel Makin set-up a second-round clash with James Willstrop after winning a tough opening match at the CIB Black Ball Open in Cairo.

Makin will be looking for revenge when he faces former world No 1 Willstrop in the next round.

Wales’ top player has lost their last two meetings – the second round of the Egyptian Open last October, which was a five-set battle, and the final of the British Championships last February.

.@JoelMakin's speed is something else! 💨

The Golden Tiger almost pulling off a double dive in Cairo! 🐯#BlackBallOpen pic.twitter.com/Uj8J828JCS

Makin, who has regained his career-best world No 9 slot after slipping one place last month. shrugged off the loss of the opening game to rell off the next three games.

“You could see what Borja was doing straight away,” said the 26-year-old Makin, now based in Birmingham

“He was switching it so well, he gets the height and then he cuts across you with the kills and he got the two wall boast and kept going in.

“You have to keep defending off it until you start to read it a bit better. He’s always hard to play.

“He definitely expresses himself, he charges around and then he’s screaming at himself for an error and it can be early on in a game.

Makin, seeded seven for the event, added: “It’s my squash that makes a difference, if I’m hitting the ball well and taking it in well then I can compete well against the best guys.

“It was scrappy today and I wasn’t quite right, but you’ve got to find a way there. I just had to hit my back corners and get the intensity up, fight more – I had to get myself back up in front and compete.”

Golan reckons Makin will soon be knocking on the door of the world’s top four if he can continue his rise up the rankings.

“Joel is going up every month, he is threatening the top four, his squash is quality,” said the Spaniard.