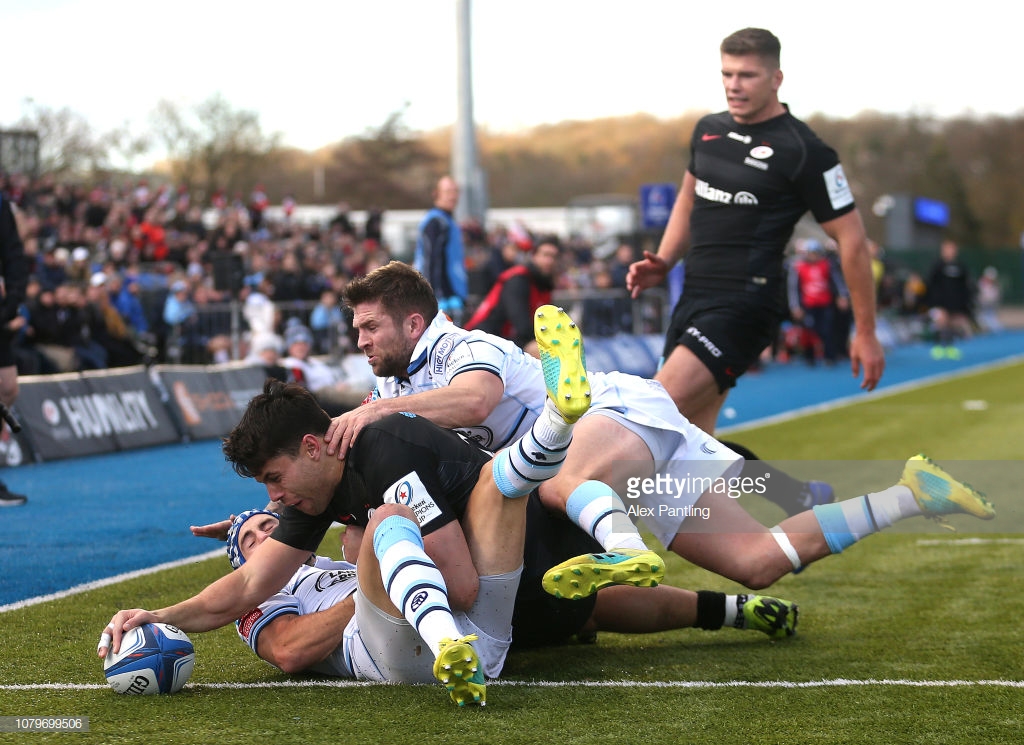 John Mulvihill has admitted his Cardiff Blues side struggle to match the depth of Saracens as he reflected on a seven-try hammering at the home of the English champions in the Heineken Champions Cup.

The Australian must now try and patch up his team for the return clash at the Arms Park this weekend, following their 51-25 defeat which leaves them outsiders to make progress to the quarter-finals.

Both teams were missing key players but the Blues – who led 18-13 at half-time – were blown away in the second-half and Mulvihill conceded there is a gap between the two squads.

“We have a few players coming back for next weekend but it just goes to show the quality of their squad and the depth they have got and probably the depth we lack,” said Mulvihill.

“They had a few guys missing as well, which is scary, but they have good depth.

“It was an excellent first 40 minutes, they came out of the blocks and are a class outfit and scored first. We did really well to claw our way back into the game and 18-13 at half-time, we were in the game.

“We had a few significant injuries towards the end of the half and two of them were main backs in terms of Lloyd Williams and Jarrod Evans. That left us a bit short and with about 20 minutes to go we had no backline replacements – we were running on empty.

“But we need to learn from what we did well in the first-half and what let us down in the second-half and put in a complete 80-minute performance.”

After starting their European campaign with an eye-catching away win in France against Lyon, the Blues have now suffered back-to-back defeats to Glasgow and Sarries.

Having lifted the Challenge Cup last season, there were grounds for optimism they could go far in the major tournament in this campaign but they are discovering there is a huge gulf between the two competitions.

It was also instructive to note the reaction of both coaches after Sarries’ seven tries to three victory.

While Mulvihill was generally pleased with his team’s performance and offered praise, Saracens’ Mark McCall was less than impressed with his team’s display despite registering a half century of points with their third successive victory as they consolidated their position at the top of Pool Three.

“We are pleased with how it finished, but we are dissatisfied overall,” said McCall.

“We know there are a number of things we can do a lot better, and we will need to next week.

The home side’s 20-game unbeaten run was under threat at half-time after Blaine Scully and Matthew Morgan – with a magnificent counter-attacking solo effort – had crossed to hand the visitors a surprise 18-13 lead.

However, Sarries, who scored through Richard Wigglesworth and two Owen Farrell penalties before the break, produced an outstanding second-half display to blitz their opponents, running in six tries.

Replacement Ben Earl and wing Sean Maitland crossed for two each while Christian Judge and Ben Spencer also scored, taking McCall’s men back above Glasgow Warriors in Pool 3 after their win over Lyon.