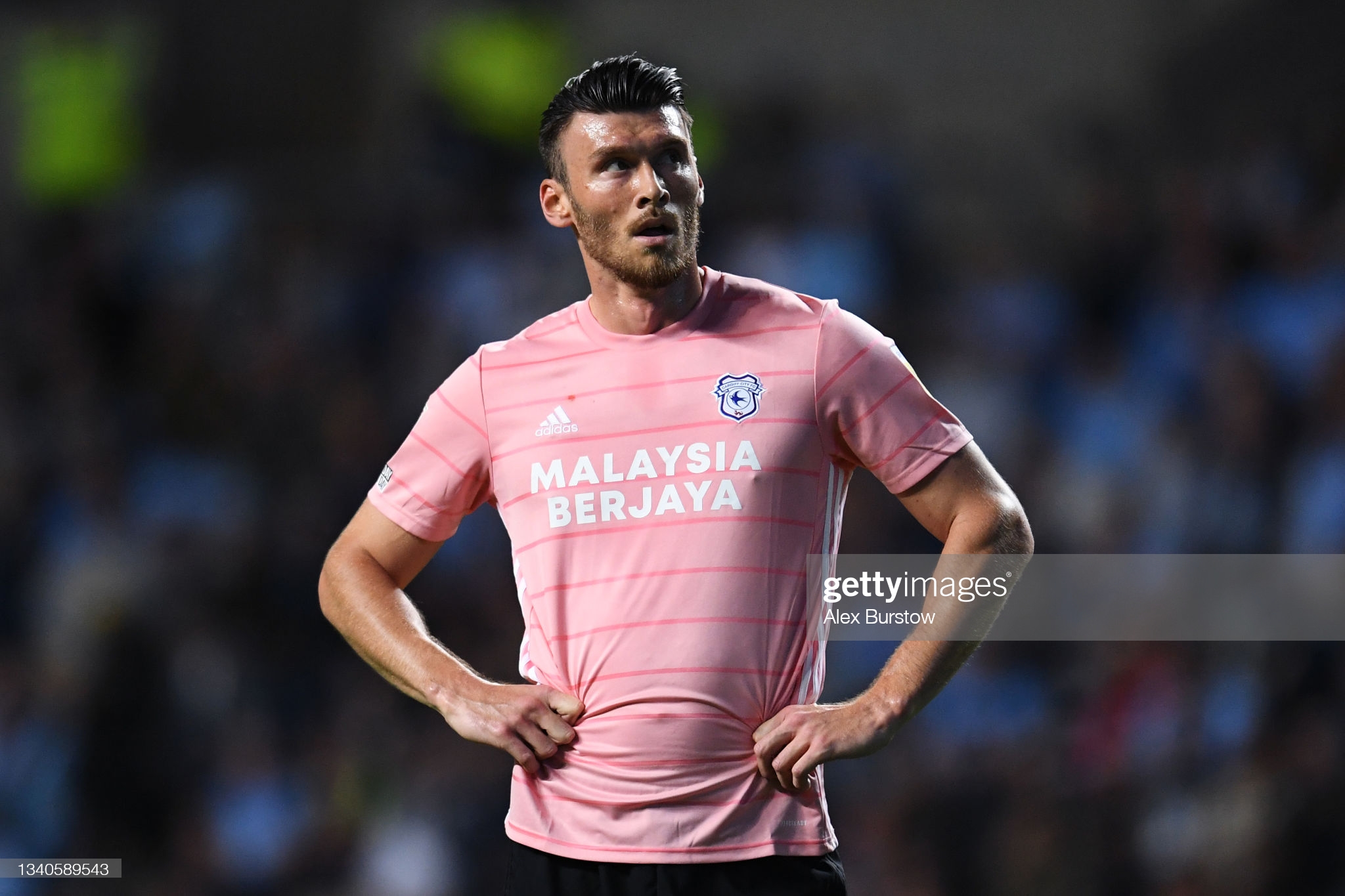 Kieffer Moore has been left drained of his goalscoring powers by Covid, according to his Cardiff City manager Mick McCarthy.

The Wales striker has only scored once in 10 matches so far this season and his boss reckons it’s due to a double interruption forced by the virus.

Moore – who hit 24 goals for club and country last season, including one at the Euros finals – went down with coronavirus in July, almost immediately after returning from summer duty with Wales.

He scored one goal in August against Blackpool, but then went four games without finding the net before he was forced into another isolation period after being a close contact of Wales goalkeeper Adam Davies.

It means Moore – who was the subject of a rejected £7m transfer bid by Wolves on deadline day – will be seeking only his second goal of the season, when he lines up against Blackburn Rovers at Ewood Park on Saturday.

“I do think that Kieffer has been affected by Covid,” said McCarthy.

“It’s strange, when he played the two years non-stop he was fine. Then, as soon as he went away with Wales, he got Covid.

“Then, he was a close contact and he couldn’t train again, so I do think that’s affected him.”

McCarthy’s Bluebirds, who currently lay 10th in the Championship table, have lost three of their last four league games and four of their last five in all competitions.

Their slump has coincided with Moore’s stop-start campaign and although McCarthy reckons the 6ft 4 in target man would have needed a breather after his Euros campaign, the manner of his break has had a debilitating effect.

McCarthy added: “I’ve had it. You can go to the Euros and there’s such a euphoria about it and then you come back and you are knackered!

“It’s a bit of a comedown then. You’ve had your season, scored 20 goals, been to the Euros, you do need a bit of a break.

“But the break you don’t need is getting Covid and then being a close contact of Covid. If it was just a break from football and he could continue his training and be healthy, that’s different.

“Being at home, isolating, it’s not good for anybody.”

“It means we have not really been as efficient as we could have been.”

Kieffer Moore hasn’t really been able to get going yet this season, but has still scored more league goals in 2021 than any other player currently in the Championship 👏#CCP | #CardiffCity pic.twitter.com/6RwKBpavh6

Combined with Moore’s frustrations, Cardiff have been without on loan Wolves winger Ryan Giles, who made such a promising start to his spell at the club and looked the ideal supply line for Moore.

Giles has not figured since August 28 after his own Covid problems, twice contracting the virus, and although he is nearing fitness, McCarthy does not expect him to return this weekend.

“He has only had two or three days back, so I can’t say he’s functioning fully and up to full speed.

“But he’ll be in the squad tomorrow and hopefully then he’ll be back playing Tuesday and maybe Saturday as well.”

Compounding the problems for Cardiff and McCarthy has been the fact that James Collins, the club’s summer signing from Luton Town, has yet to score in 13 appearances.

“Any time there has ever been a goalscorer who can’t get a goal for whatever reason, he just needs something,” McCarthy said.

“It’s the old adage, whether it’s off the back of his head or the backside, a deflection, if he gets his goal then it’ll make him feel better about himself and he’ll go on and score goals for us.”