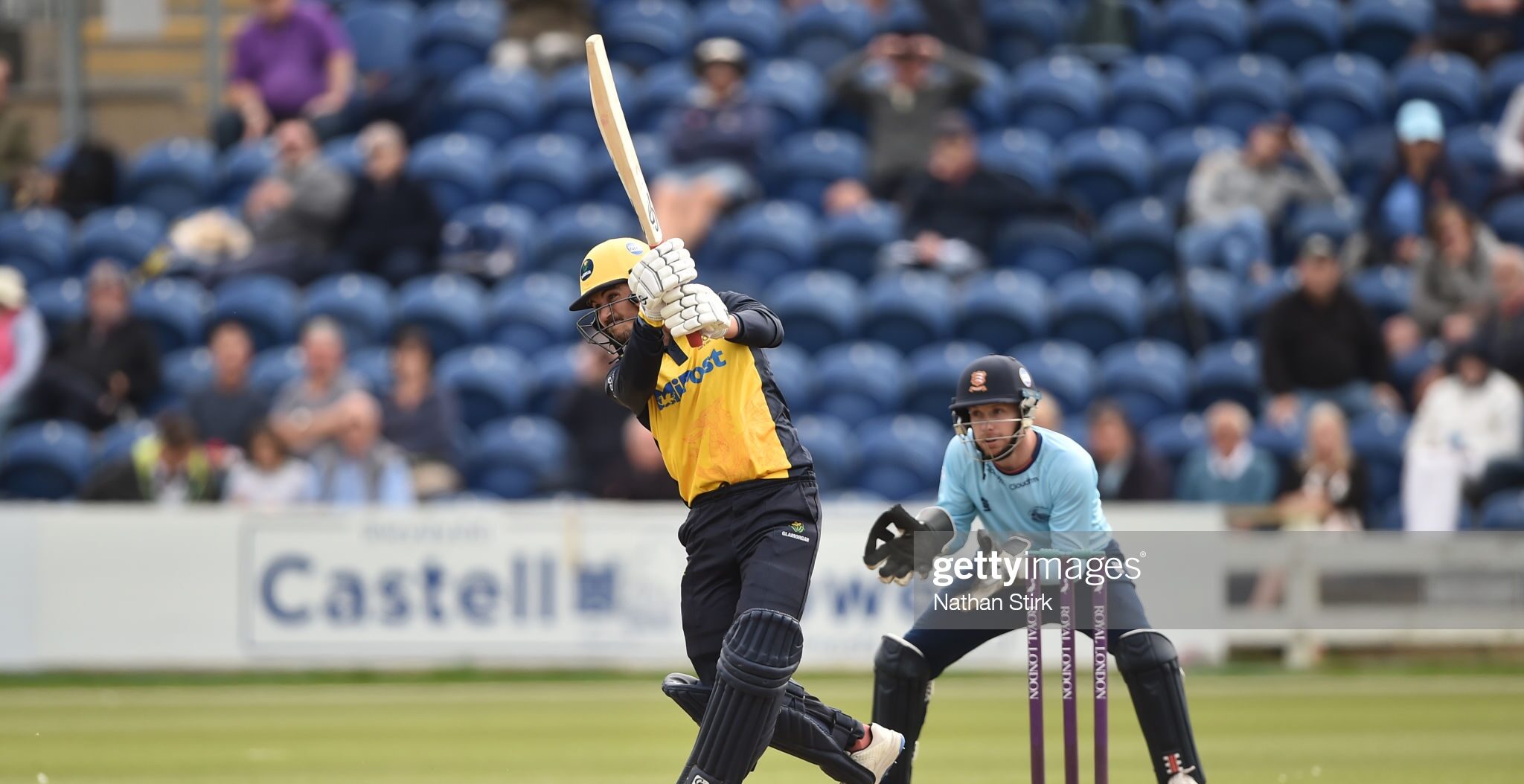 Kiran Carlson playing For Glamorgan in their Semi-final against Essex. Pic: Getty Images.

Glamorgan captain Kiran Carlson wants his team to relish the pressure of their first List A final since 2013 when they face Durham at Trent Bridge on Thursday with the Royal London Cup on the line.

The Welsh side have had a superb campaign in the 50-over format and now only Durham stand between them and a first trophy since 2004.

It has been 17 long years since a Glamorgan captain last lifted silverware – a streak Carlson is hoping to break with victory in Nottingham.

“The boys are hungry to do well. Everyone is going to be thinking about the game, but I want us to go out there and enjoy it. We are excited,” said Carlson.

“We will do our best to win it and I’m so proud of the lads for getting to the final. We want to enjoy ourselves out there and the big-match atmosphere.”

Cardiff-born Carlson, 23, has come through the Glamorgan ranks and only took over the captaincy for the Royal London campaign because Chris Cooke is on duty in The Hundred.

Glamorgan club captain Cooke plus David Lloyd, Colin Ingram, Timm van der Gugten and Dan Douthwaite have all been called up to cricket’s newest format this summer meaning they have been unavailable for the Welsh county.

But in their absence, Glamorgan’s fringe players have thrived.

Joe Cooke was man of the match in the thrilling semi-final win over Essex as he starred with both bat and ball. Veteran seam bowler Michael Hogan, 40, has also been outstanding.

“It’s been really pleasing,” said Carlson. “This competition was always going to be a bit strange with players away with the Hundred and teams adapting.

“It’s been massive for us that players who have come in have done themselves and the team proud because some of them have had a point to prove.

“It’s given guys an opportunity and every person who has come in has impressed.”

Today’s (THURS) final takes place at Trent Bridge and in the middle of the week rather than in the competition’s usual weekend slot at Lord’s, the home of English cricket.

That decision has attracted criticism from some who feel the Royal London has been devalued at the expense of the Hundred although Carlson is focusing solely on winning.

A lovely morning in Nottingham

“We’ve just got to get on with it. Trent Bridge is a special ground and it’s still a massive game. It’s amazing we are in the final and challenging for a trophy,” said the Whitchurch High School product.

“We had belief at the start of the competition and people have chipped in throughout. It’s not just been one player and it’s very easy to get on a roll in white ball cricket.”

Today’s final is a day-night match starting at 1pm.

Glamorgan will hope the impressive batting form of openers Hamish Rutherford and Nick Selman will continue on the big occasion.

Joe Cooke and Hogan will also have big roles to play in Glamorgan’s biggest game for eight years.

“Michael has been unbelievable throughout the whole competition. He’s really led our attack and I think he’s got a couple of years left in him if he’s bowling like this,” said Carlson.