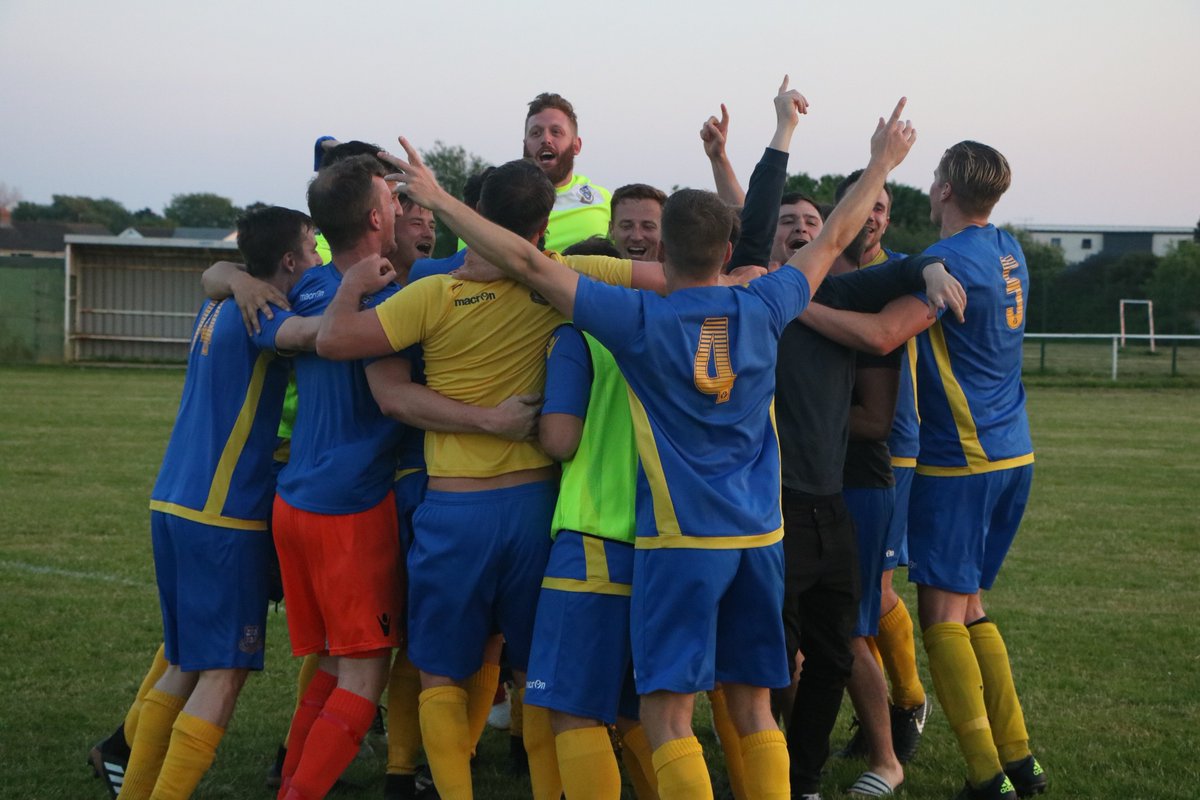 Llantwit Major have secured back-to-back Welsh League titles and are planning for First Division football in 2018-19.

The Vale of Glamorgan club finished their Division Two season with an 11-match unbeaten run – nine wins and two draws – to be crowned champions after one of the most exciting title chases in years.

There were five teams still in the hunt as the season drew to a close and Major held their nerve to finish ahead of runners-up Pontypridd Town and third-placed Ammanford.

All three are promoted, while STM were nudged into fourth place and miss out.

Manager Karl Lewis, who worked alongside manager Fran Ford at Penybont, has underlined how proud he is of Llantwit’s players in winning the title in their first ever season at Second Division level.

There is no player budget at the club, while members of the club committee look after the pitch, and Lewis has done an outstanding job.

Llantwit Major have been granted a Football Association of Wales tier two licence at their Windmill Lane home ground and they are intent on making an impact in Division One.

Lewis knows the debt of gratitude his coaching staff and players owe the club’s committee, saying: “The chairman and the committee put in hours of work behind the scenes.

“It’s a tribute to the clubs commitment when you see the chairman and committee members rushing back after games to fix seats into the stand. The club wants to match the team’s ambition and by achieving the tier two licence they left it down to myself and the squad to match them.”

When Llantwit won 4-2 at Aberbargoed earlier this month they were in third place with three matches left, against Pontardawe Town at home, AFC Llwydcoed away and STM Sports.

Lewis and his players clinched promotion thanks to a 6-0 win at AFC Llwydcoed. Snaith scored their first, coolly lobbing over the goalkeeper, with Rawlings (2), Rob Jones, Sean Williams, Ben Cripps and Conner Goldsworthy firing second half goals to complete the victory.

That ensured Llantwit Major were promoted and they went on to become champions by beating STM Sports 5-2 in their final fixture.

While Lewis and his first term were powering to Welsh League title glory, Llantwit Major reserves clinched a double.

They won the Dockers Cup, beating Rhoose B in the final at Jenner Park and won their Second Division title with a 100 per cent record.

Llantwit Major included Lewis Brown, Ryan Malton and Stephen Phillips in their starting line-up and earned their second trophy of the season, having finished with a 100 per cent record in the league.

Pontypridd Town finished runners-up in Welsh League Division Two, two points behind Llantwit, and are promoted along with the champions and Ammanford.

They finished with six successive victories and, over the season, won more matches than any of their rivals (22 in 30 fixtures).

Monty had the best goal difference (plus 62), reached the Nathaniel Car Sales League Cup semi-finals, losing 7-5 against Trefelin BGC, and the Welsh Cup last 16 where they were edged out by Penydarren BGC.