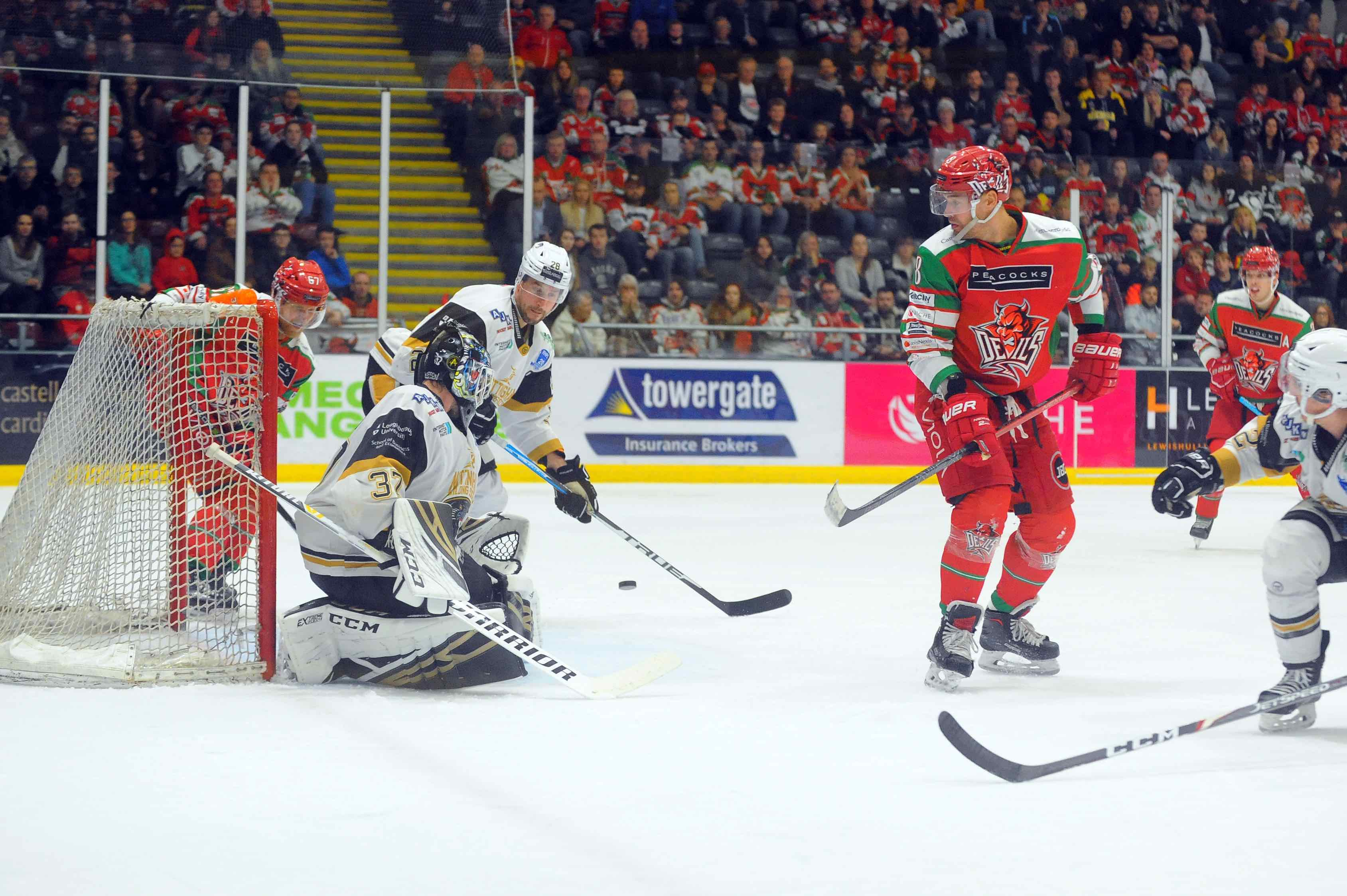 Andrew Lord is relishing the chance to send this Cardiff Devils team out against Nottingham Panthers in the English Midlands.

Panthers won a close-fought clash with Devils 2-1 at the Viola Arena in Cardiff Bay on Saturday and head coach Lord said: “It’s good to get straight back at it. These ‘home and home’ are always fun. We’ll need better execution in this game.

“It was a tough game, a real defensive game at our arena.

“Nottingham played hard defensively and kept us to the outside. They are a solid, good skating team.

“From our viewpoint we didn’t make it hard enough on their goalie (Kevin Carr). We generated enough shots, won the special teams battle, but we didn’t have enough fire.

“We weren’t sharp enough to be honest. Structurally it was okay, but we need a little bit more awareness.”

“I’m not sure we are used to we are having puck as much as we did having been playing Champions League matches. We’ll look to be a little crisper in Nottingham.”

Panthers ended a run of seven successive defeats by winning at Cardiff and head coach Tim Wallace says: “We need to keep it simple. Our players realise that it will take the small things to win hockey games.”

Devils were without Sean Bentivoglio, who was rested, while Panthers included new signing Jake Hansen and he scored.

“Jake’s a smart kid,” said Wallace. “I talked to him for 10 minutes, went over all our systems and he was quickly dialled in.

“He was a huge force for us. He scored and his line generated a lot of chances.

“Overall, we kept it simple. The guys came to work, blocked shots, took hits and finished hits. They have had ice bags, but it was worth it.”

Devils had the run of play early with Bryce Reddick hitting the crossbar after five minutes.

American forward Hansen scored on only his third shift at the Viola Arena when he beat goalie Ben Bowns from the left wing with 14 minutes 49 seconds with what would be the only goal of the opening two periods.

Brett Perlini made it 2-0 (45-32), while Matias Sointu gave Devils a way back when the puck was bundled over the line from close range with 8-42 to play.

Bowns pulled off a fantastic save to deny Hansen a second on a 2v0 break.

Devils’ powerplay had plenty of chances with Adam Deutsch in the box for tripping, but they couldn’t convert.

The final five minutes saw Devils with another powerplay chance, but netminder Kevin Carr was their best penalty killer, making a handful of big saves to keep the scoreline 2-1.