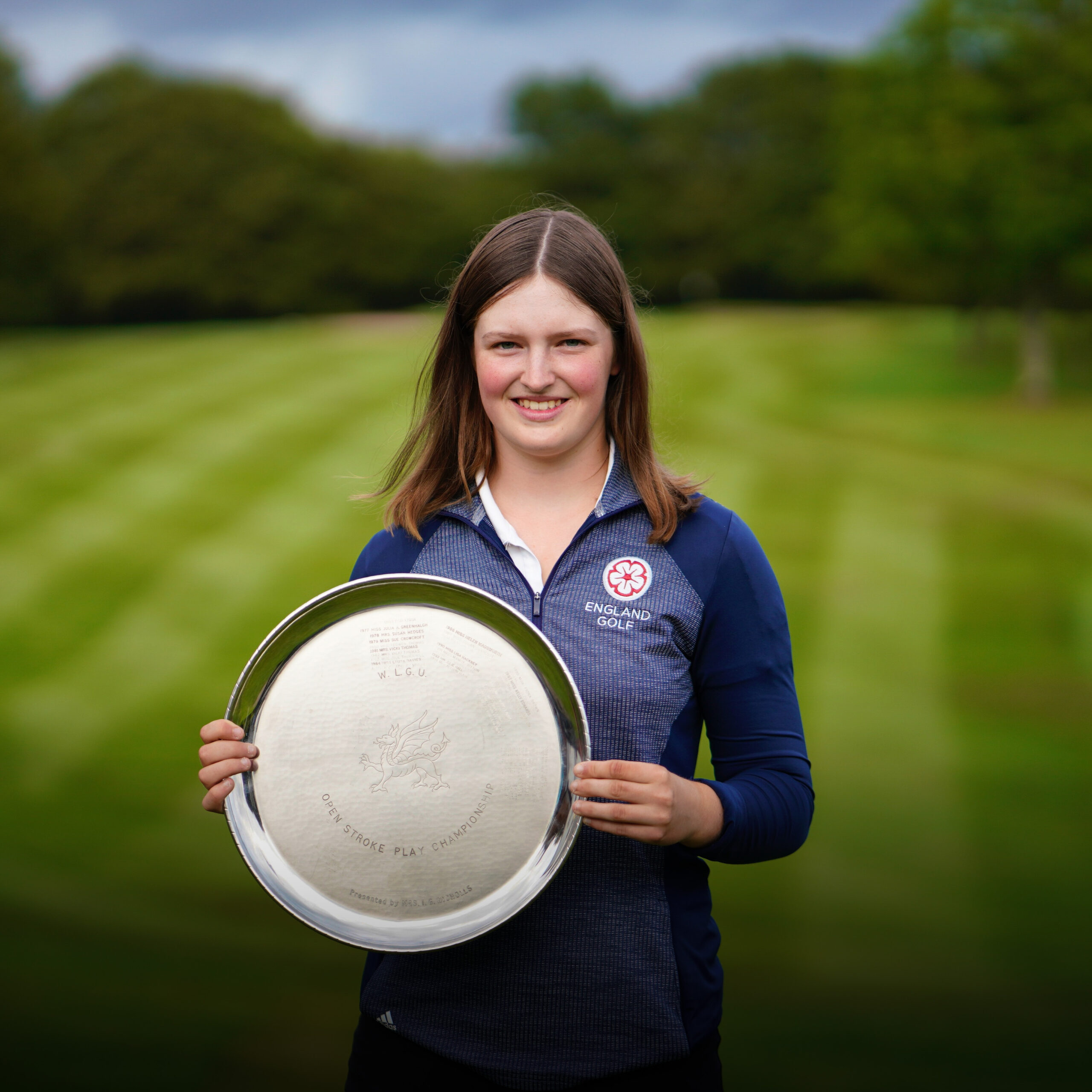 The Gwent club has a new admirer in Woad, who said that learning how to approach the course was the key to her victory which was based on two strong final rounds of 67 and 70 to finish three shots clear of England’s Billlie-Jo Smith.

Scotland’s Grace Crawford, aged 14, celebrated her call up to the Junior Vagliano Trophy team, alongside Lockley, with third place.

“I learned after the first round about what my course strategy off the tee needed to be.” said Woad, from Farnham near London, who has just started her A Level year in school.

“With the trees and doglegs it was all about getting the right angle of attack to the greens. It is a really nice course, tough but fair, and the greens were in good condition.

“It was great that Wales Golf were able to re-schedule this event from earlier in the season so we got the chance to play and it was a great way for me to finish my season.

“I am going to have to concentrate on my A Levels for a bit now, but when they are over I will be heading to Florida State University so it is an exciting time.

“I have won four national titles this year in my age group, but while it is good to win against people your own age it feels really good to have won this ladies event and beaten people older than me.”

Wales Golf Championship Manager David Wilson added, “Congratulations to Lottie, her second two rounds were the stand out performances of the weekend, especially her 67 on day two which was the only score below 70.

“She was also the only player to finish under par, three shots clear of second place. It was also good to see such a strong Welsh showing with so many players at the top end of the leaderboard.

“Finally congratulations to Newport who helped us put on such a good event, the staff and volunteers at the club did an amazing job while there was plenty of praise for the quality of the course.”