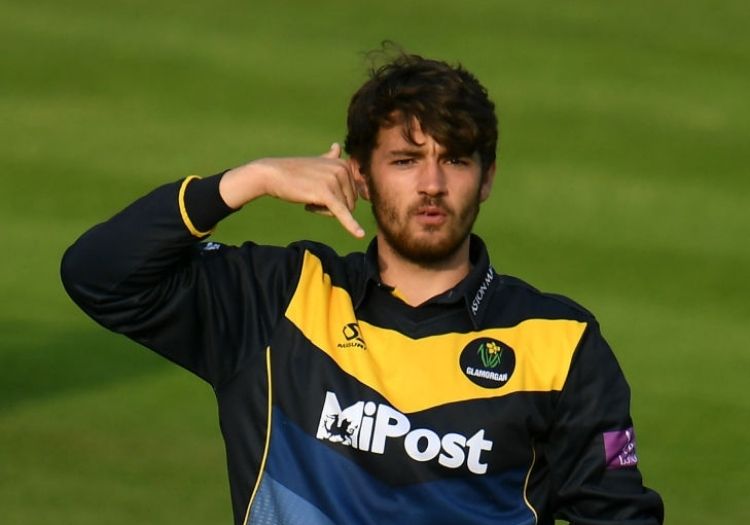 Lukas Carey was the hero at Sophia Gardens for the second time in three days as he once again hit the winning runs to enable Glamorgan to snatch victory on Thursday.

On Tuesday it was his 29 not out that steered the Wales Minor Counties team to victory over Glamorgan in a friendly and two days later he hit successive boundaries to secure a two wicket win for the Welsh county over Warwickshire in the first round of the Royal London Cup with two balls to spare.

Glamorgan captain Kiran Carlson said: “It was a tough loss to take on Tuesday against the Wales County XI, but the way the boys upped their attitude and bounced back was pleasing to see.

“We had a de-brief after that game and the message to the lads was to park that defeat and move on. It was a credit to the lads that they did that.

“It was a bit of a nail biter at the end. Emotions were running high in the dressing room, and my heart was in my mouth, but these are the kind of wins you play for.

“Lukas (Carey) and Roman (Walker) getting us over the line in the end was fantastic and it was really exciting for the team and the crowd. They could easily have panicked but they showed great maturity and that puts is in good stead for the rest of the competition.

“We knew from the start of this competition that every team would be blooding new players and it was credit to them that they came into the side and played as they did.”

The visitors were defending an advantage of only 26 runs in the final five overs and some brilliant death bowling by Ryan Sidebottom and Ethan Brookes looked as though it might pull off an unlikely win as they conjured up 11 dot balls in that vital period.

A lusty six hit by Roman Walker off Brookes in the penultimate over eased the pressure on the home side, but the game was still in the balance as Sidebottom roared in against Carey with five runs still needed from the last over.

Sidebottom had only conceded a single bye in his previous over against the 24-year-old Carey and started with two dot balls to heighten the tension.

Then, Carey just reached the mid-off boundary with a far from convincing drive and then walloped the next ball past the bowler to complete a two wicket triumph to give Glamorgan the perfect start to their Group B campaign.

Carlson added: “There is a bit of added pressure being captain. I want to contribute to the team winning and it makes the job of being captain easier if I’m scoring runs.

“It was a wicket on which you could lose batsmen in clusters. You had to give yourself time. You couldn’t come in and blast it. The boys gave themselves time.

“Those type of games can swing with one shot or one miss field. Credit to them they took the game as deep as they good when Billy (Root) and I should have won it from where we were.”

Warwickshire made 221 all out from 49.2 overs, but Glamorgan were soon in trouble in their innings.

An excellent performance from the lads today!

New Kiwi international signing Hamish Rutherford lasted only eight balls on his debut and the home side lost two more of their top order batsmen with the score on 41 to tumble to 41-3.

That brought Billy Root to the crease to partner Carlson and between them they got to grips with the Warwickshire attack.

Carlson’s 50 came up in the 31st over off 60 balls, and included five boundaries, and the century partnership arrived after the pair had been together for 21 overs in the 33rd.

Off-spinner Jacob Bethell was then switched to the river Taff end and on his return to the attack he captured the wicket of Carlson for 60 to open the game back up. Glamorgan still needed 80 runs to win in 16 overs, but their talisman had gone.

Bethell took two more wickets, Root reached his 50, but was then got caught and Joe Cooke made an important 22.

That left Roman Walker and Carey to reach the finish line with a stand of 27.