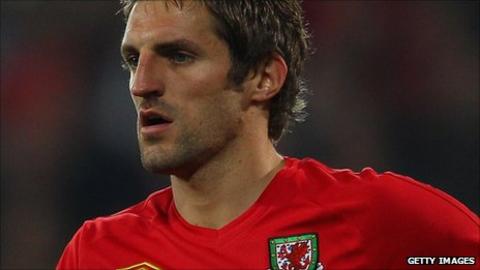 Sam Ricketts was told to stay away from Wrexham’s goalless Emirates FA Cup tie against Newport County at the Racecourse.

The Dragons manager is tipped to be appointed Shrewsbury manager and the club’s directors told him to stay away.

Coaches Graham Barrow, Jussi Jaaskelainen and Carl Darlington took charge of the team, while Ricketts had to watch the second round clash on television.

That left Wrexham in a difficult situation, but they were highly competitive from the start in a physical, bruising battle.

They face a replay at Rodney Parade and it appears Ricketts may have moved on by then.

The first half of this cup tie was fiercely contested and there were few chances for either team.

Wrexham had the best opportunity when Bobby Grant fired a loose ball at goalkeeper Joe Day on the volley.

Grant’s shot flew off the outside of his boot and curled in flight, but it was too close to Day and he saved comfortably.

This was the first match between the two Welsh clubs since the 2013 Conference play-off final when Newport won 2-0 and sealed a return to the Football League after a 25-year absence.

League Two County defeated Metropolitan Police in the first round thanks to goals from Padraig Amond and Jamille, while Vanarama National League Wrexham came through two rounds and three games to qualify for the second round.
They defeated Harrogate 2-0 in a replay and then won at Weston-super-Mare by the same scoreline with Luke Summerfield and Stuart Beavon the scorers.

Both teams will have been fairly happy with their first half performances, but they will be concerned at the lack of chances created.

It looked a certain goal until Newport defender Mickey Demetriou raced across goal and volleyed off the line, A magnificent clearance.

Grant smashed a volley against the bar, but he was ruled offside. Television replays proved the assistant referee was spot on.

Wrexham had the chances to win this tie, but they failed to finish the chances they created. Day made a fantastic sprawling save when the ball deflected off a defender to keep Wrexham out.