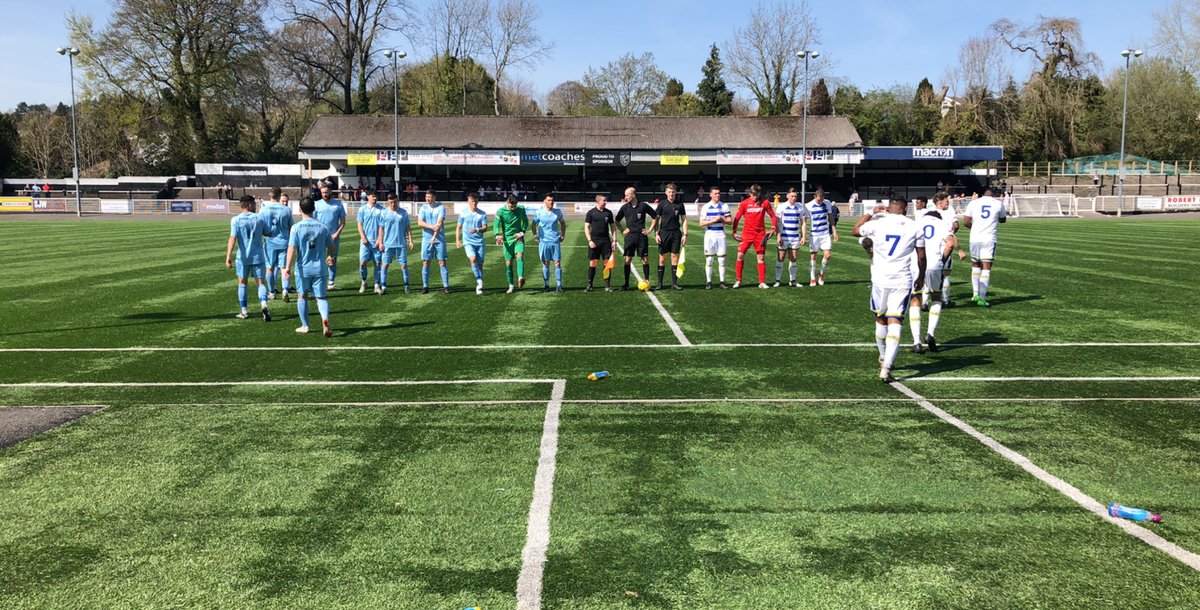 Taunton Town kept their title hopes alive thanks to a stunning comeback against Merthyr Town at the Viridor Stadium on Bank Holiday Monday.

The Peacocks hit back from two goals down with 20 minutes left to steal a 3-2 win against their visitors from Wales, while EvoStik Southern League leaders Weymouth drew 1-1 at Poole Town.

Only one point separates Weymouth and Taunton in the Southern League with one fixture to play – and only one automatic promotion place available.

Merthyr are safely in mid-table, but they will face a Walton Casuals team breathing fire at the MetCoaches Community Stadium next Saturday (3pm).

Casuals, Frome and Staines are the bottom three and all face a drop into the division below, but Walton have given themselves hope.

They won 1-0 against Kings Stanley at home thanks to a 42nd minute James Ewington goal and they go into their last match of the season at Merthyr knowing a win could yet save them.

Hendon are one point ahead of Casuals and daren’t lose against Swindon Supermarine at home. If that happens even a draw at Merthyr could keep Casuals up.

Merthyr drew 0-0 at home against Farnborough Town on Saturday in front of 421 spectators before heading to Taunton for a tough clash with the title contenders.

Ian Traylor and Jamie Veale scored second half goals to put the Martyrs on top, but Taunton clawed their way back and midfield player Matt Buse eventually netted a 91st minute winner.

Martyrs manager Gavin Williams has already committed to the club until the end of next and has plans in place for a 2019-20 promotion push to the National League.

Traylor struck the first Merthyr goal at Taunton, tapping in at the far post just before the hour. Veale then smashed a shot into the top corner eight minutes later.

Awesome afternoon at the Virador today. @TauntonTownFC showed real character to come back from two down. Fingers crossed for the final game #UpThePeacocks #Taunton pic.twitter.com/T7pV15diG9