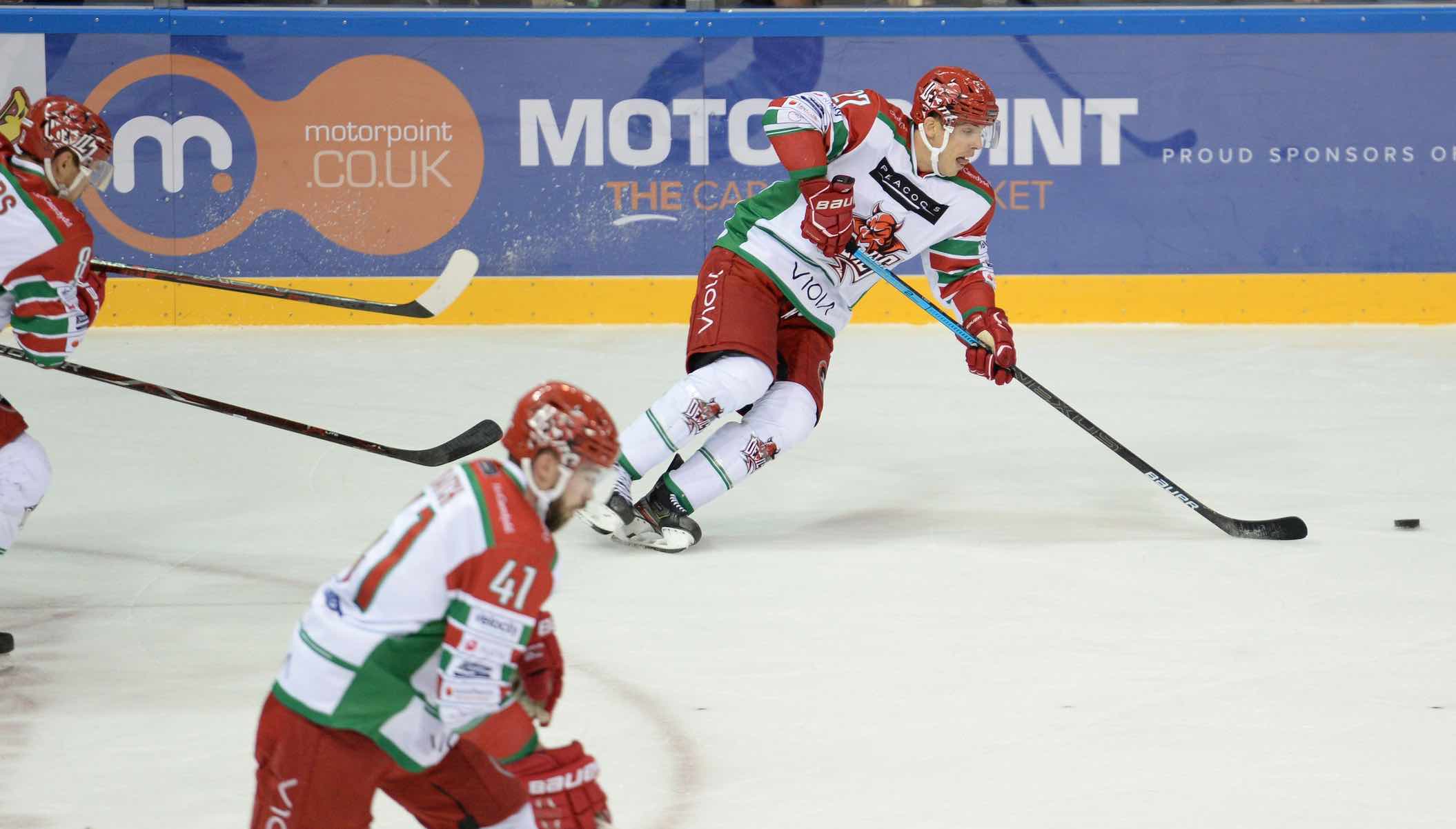 Canadian playmaker Martin took his personal points tally to 434 in 345 matches, edging ahead of Birbraer’s 432 in 391 games.

Kazakhstan-born Birbraer, now aged 38 and playing for Swindon Wildcats, was quick to congratulate Martin, tweeting: “Was it ever in doubt? Can’t think of a better player to lead the way.

“Cardiff Devils are in safe hands. Congrats @JoeyMartin14, here is too many more.”

The EIHL era started in 2003, while Martin joined the Devils organisation for 2014-15. He has lifted two League titles, two Challenge Cups and two play-off championships so far.

Two goals in 50 seconds during the final period earned Devils a 5-3 away win at Nottingham Panthers. Head coach Andrew Lord’s team scored straight goals after falling 3-1 behind to pull off a comeback win over the Panthers.

The score was 3-3 when Matt Pope fired in a shot from the point at 50-38 and then Haddad’s individual effort put the Devils two ahead with a little over eight minutes to play.

“The first was the best performance we have played all season,” said Lord. “To a man we were on forecheck, great intensity and way more playmaking ability.

“We looked used to the different style of play from Champions Hockey League, a little less thinking and much quicker reaction time.

“In the second we took our foot off the gas a little and Panthers scored a couple. I liked our clawback to 3-3 and was happy with the third and the way we closed it out.

“We played the right way and were rewarded.

“Our focus now is on domestic competition and that does make it slightly easier. Of course, I would love us to play another 10 CHL games, but it can be tricky to change systems, change style.

“We looked much more natural, much more like us and hopefully we can get rolling now.”

Mark Matheson deflected in Sam Herr’s shot after three minutes 14 seconds to give Nottingham a 1-0 lead, while Blair Riley hit back for Devils 11 seconds later in a move that came directly from the face-off.

With 2-40 gone in the second period Georgs Golovkovs finished after Jake Hansen broke down the wing to put Panthers ahead.

The home team netted again at 30-21 when William Quist scored on a powerplay to put his team 3-1 up.

That two-goal lead, however, lasted all of 63 seconds. Matthew Myers pulled one back for Devils at 31-05, slamming in a loose puck after a slapshot from Sean McMonagle was saved by Kerr, 31:05.

Just over a minute later it Masi Marjamaki fired home a rebound to tie the game at 3-3.

Quick goals were the undoing of the Panthers in the third period. First excellent work in the corner by Mark Louis led to a perfect backhand pass in front of Matt Pope, who blasted a cannon from the blueline that hit the top corner to give the Devils a 4-3 lead.

Fifty seconds later, Joey Haddad danced through the Panthers defence and beat goalie Kevin Carr with one of the best individuals goals of the season so far to put the Devils up 5-3 at 51-28, which is how the game ended.

Cardiff were again without rested Sean Bentivoglio, but had a full quota of import players. Sam Duggan joined Matias Sointu and Mike McNamee on a line, while Haddad played alongside Josh Batch and Matthew Myers.