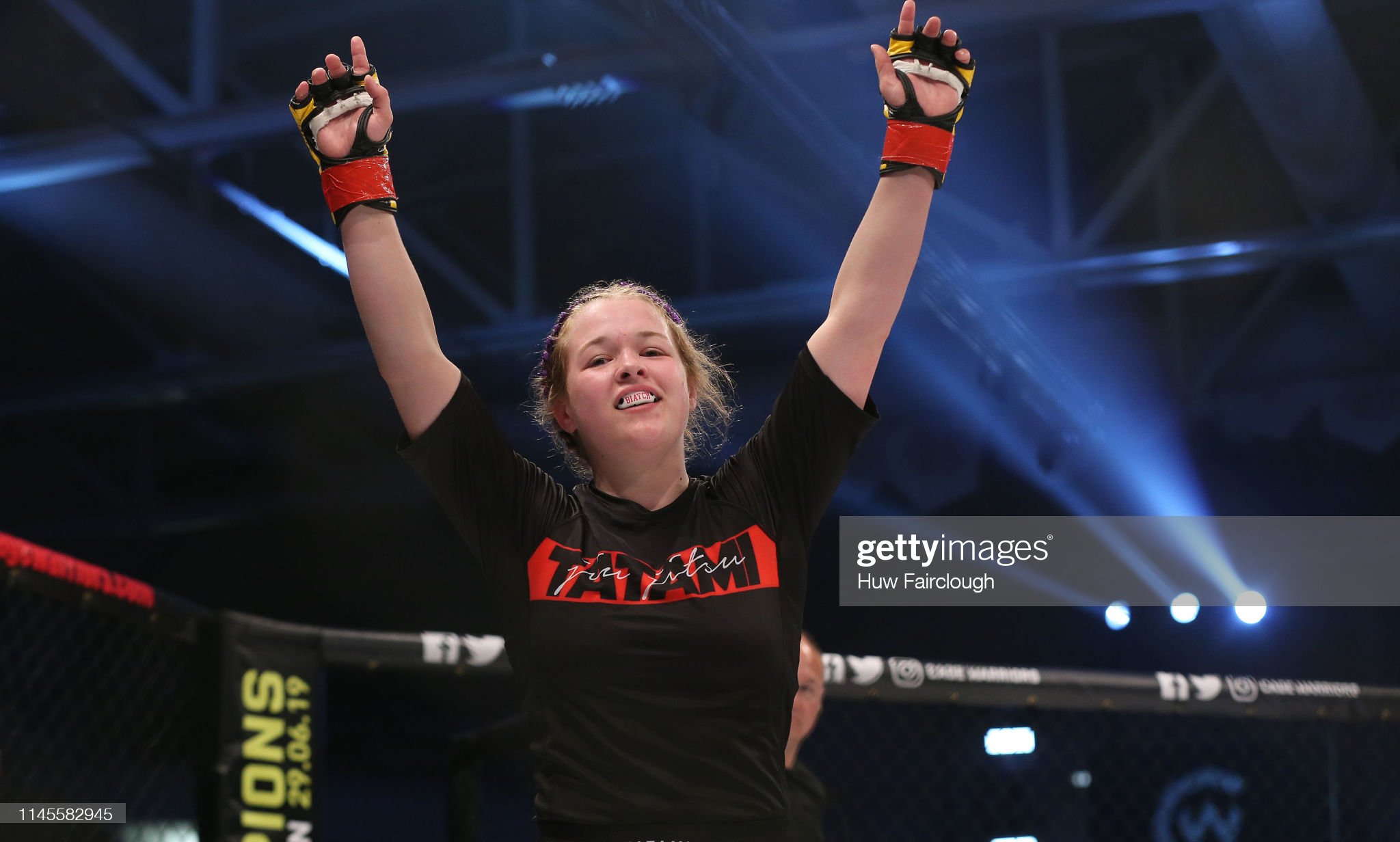 Cory ‘The Hobbit’ McKenna became the first Welsh woman to earn a contract in the lucrative and brutal world of UFC. The mixed martial arts fighter has always been known as The Hobbit, but has now re-branded herself as “Poppins”. Oh, yes. McKenna explains the name change to Chris Saunders as she looks to propel herself to new heights in the near future.

You’d be forgiven for thinking the 21-year old has been the recipient of some unlikely overnight success, but nothing could be further from the truth. By the time she was snapped up by the world’s premier MMA promotion, she’d already earned a firesome reputation, and was widely regarded as one of the brightest prospects in Europe.

Now boasting a professional record of 5-1 following her systematic demolition of Vanessa Demopoulos on Dana White’s Contender Series, she is ready to take the next step in her career. However, as she stands on the cusp of UFC glory, there’s some bad news in store for her growing legion of fans because Cory ‘The Hobbit’ McKenna isn’t The Hobbit anymore.

From now on, she’ll be channelling Mary Poppins. No, really.

“I haven’t officially announced it yet,” she told Dai Sport. “But I’ve agreed to change my nickname from The Hobbit to Poppins. That might not please some of my fans, it doesn’t really please me, but Urijah’s been having a little hissy fit over this for a couple of years now and I’ve finally decided to concede.”

“I’ve been known as the Hobbit since I started Thai boxing when I was 13 or 14, and the coaches there always used to say that I was an aggressive little hobbit. It didn’t help that I was the smallest at the gym, and everyone started calling me ‘The Hobbit’ because I was so short.

“It’s understandable, really. I don’t think I’ve grown upwards since I was a pre-teen. Later when I started moving around and changing gyms a lot, I kept the name as a little bit of a homage to the first gym I was at. I didn’t necessarily like the name, it was more that I liked the people who gave it to me and there is a bit of a story behind it.”

The new nickname of ‘Poppins’ comes from the character Mary Poppins in the classic children’s film. “Urijah (UFC legend Uriah Faber) bloody loves it,” she said. “He says I’m very prim and proper.

“I turn up for training on my bicycle, I don’t swear or get in trouble, I just do my work and go home. I’m very businesslike and orderly. He also likes it because it has a more sinister side, in that I’m always popping joints or popping girls in the face, ha-ha!”

“The name itself is very marketable,” Cory continues. “At first I wasn’t sure how many people would get it, because Mary Poppins is such an old film.

“But Jack (‘Stone’ Mason, coach and manager) agrees with the name change and everyone at the UFC loves the new direction, so it’s onwards and upwards and I’m looking forward to this new chapter.

“I’m just not sure of I’ll be doing my walk out swinging an umbrella and singing supercalifragilisticexpialidocious. That might be taking things a bit too far.”

One thought on “Cory McKenna Swaps Tolkien For Disney As She Looks To Propel Herself To New Heights.”