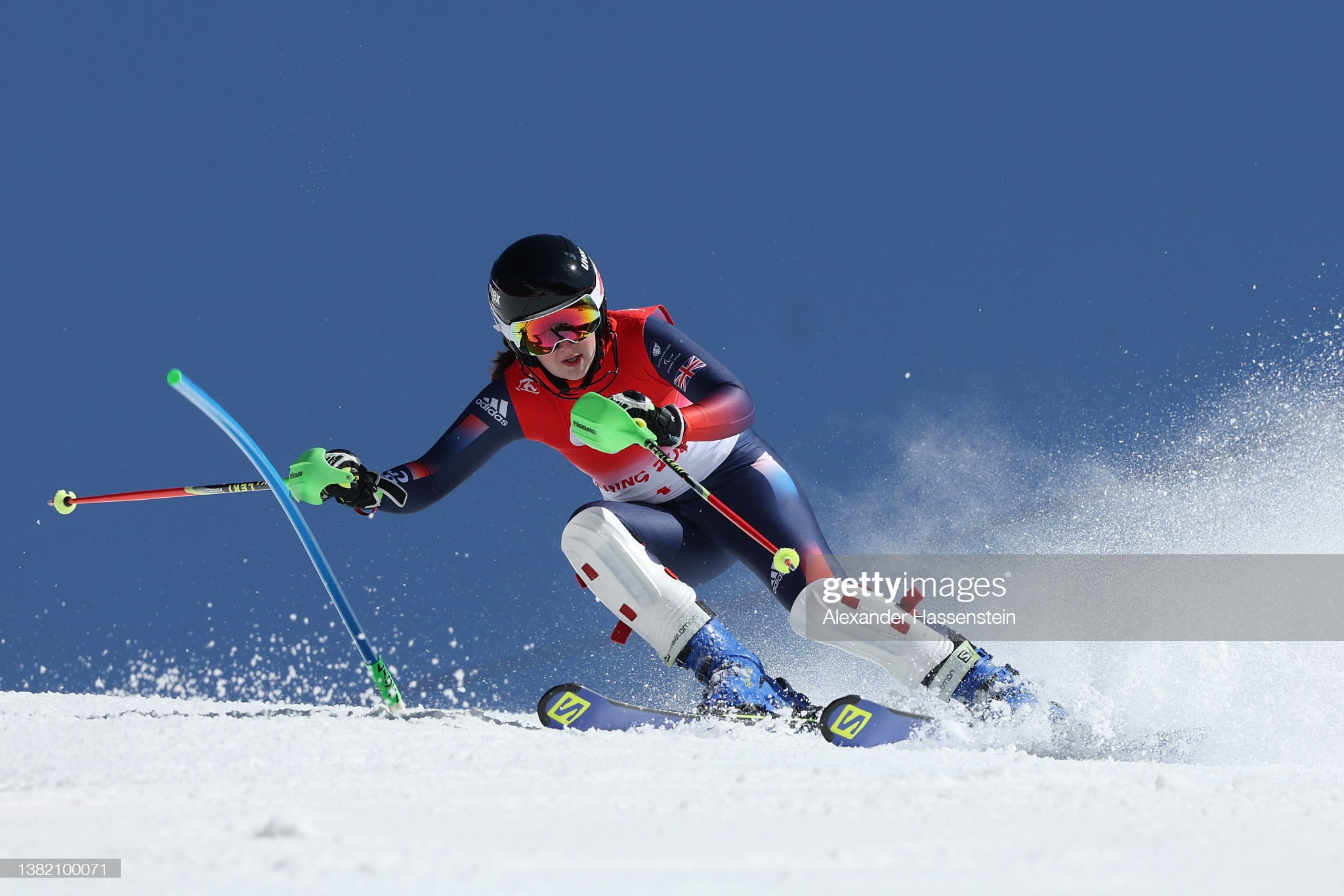 Anyone looking for inspirational figures in Welsh sport in the week of International Women’s Day would be advised to check out the incredible efforts of Menna Fitzpatrick.

Urdd Gobaith Cymru recently held their #FelMerch (translation: Like a Girl) conference in Cardiff to tie in with the annual global diary marker on March 8.

FelMerch is aiming to inspire and support young women and girls to get involved in sport at all levels and Fitzpatrick would take some beating as a role model.

The 23-year-old Welsh paralympic skier has no vision in her left eye and limited sight in her right.

But she has overcome that barrier – as well as all the other structural ones society has placed in her way as a female in a sport not normally associated with Wales – to reach the very top of the mountain.

When Menna won a silver medal in the Super-G ski event at the Winter Paralympics in Beijing this week, she became Britain’s most successful Winter Paralympian of all time.

Can’t get my head around how @ParalympicsGB‘s Menna Fitzpatrick skis as fast as this despite having less than 5% overall vision. This is her silver-medal run in the super-G yesterday. https://t.co/L7pk9HwmuA

At the last count, she had won six Paralympic medals – four at the 2018 Games at PyeongChang and a silver and bronze this week in China.

The fact that she was born with congenital retinal folds that has limited her sight has never curtailed her determination and ambition.

She went on skiing holidays with her parents and needed their support as well as those of her guides on the slopes, who accompany her when she flies down the course at speeds of up to 60mph.

The Urdd’s #FelMerch campaign recognises that every female keen to get involved in sport faces challenges, even if they may not be as obvious as those faced by Menna.

Fewer girls are involved in sport at all ages than boys, the retention of girls and young women in sport is less guaranteed than it is for their male counterparts, and the ratio of coaches and administrators is also heavily skewed against women.

Research has also shown that all these trends of inequality were widened during the lockdowns that accompanied the pandemic.

The Urrd’s aim is to be far more than just a talking shop for discussing those issues, though. They have appointed ambassadors to inspire girls across Wales and are planning women-only sports leadership and coaches’ courses, plus inclusive weekly activities.

Diolch o galon, Hollie! It was an absolute pleasure to hear your story at the #FelMerch conference, and your words have inspired a new generation of young athletes. #IWD2022 | #DiwrnodRhyngwladolYMerched https://t.co/oTpENNCVDv

They also attracted some big names who have already made an impact in their chosen sports to help empower others to get into – and then stay involved – in sport.

Wales football manager Gemma Granger, who has guided her team towards a chance of qualification for the 2023 World Cup in Australia and New Zealand, is part of the Urdd campaign.

She says: “The wider #FelMerch initiative is vitally important in growing girls’ participation and offering more opportunities in all sports across Wales.

“I have been fortunate enough to see the success of #FelMerch first-hand at the Urdd centre in Llangrannog, and the Urdd’s support in organising fan buses to our Cymru matches.

“I am excited to see how #FelMerch will continue to develop in the future.”

Like Fitzpatrick, she has had to overcome challenges through her disability, but says: “I have always used it to my advantage.

“For me, it is all about mindset and attitude towards whatever the challenge may be.

“All young women deserve the same opportunities and that is why I’m thrilled to be part of Wales’s first ever female youth sports conference, #FelMerch, helping to inspire, empower and provide opportunities in supporting young women and girls to fulfil their full potential and reach their chosen goals.”

There will always be obstacles to overcome, even when the path ahead looks clear.

Menna Fitzpatrick had prepared for the Paralympics with Katie Guest as her guide. Those plans were thrown into disarray when Guest tested positive for Covid on the eve of the Games.

Gary Smith came in as her new guide and Menna proved that with determination and the support of others, anything is possible.