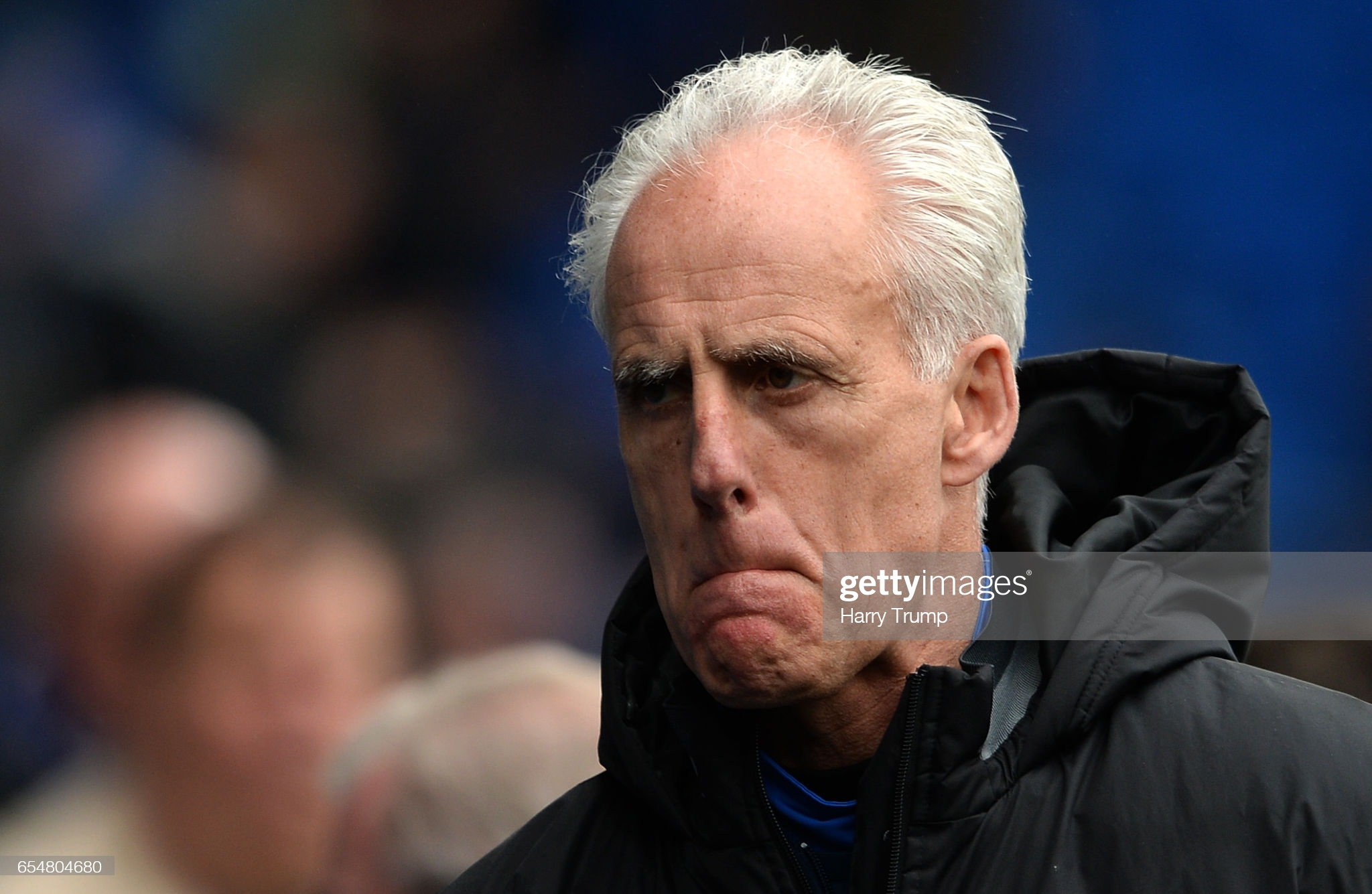 Mick McCarthy has been backed to “put a smile back on faces” if he is appointed as Cardiff City’s new manager.

The upbeat assessment comes from Bluebirds defender Sol Bamba, himself a source of warmth, affection and humour for the club’s supporters in dark times – not least the player’s own recent cancer diagnosis.

McCarthy is expected to be confirmed as Cardiff’s new boss this weekend following the sacking of Neil Harris on Thursday.

The blunt-speaking Yorkshireman and former Republic of Ireland manager does not really enjoy a public perception as a mirth-maker and some of his former teams’ route one, stripped-back style has already meant some negative reaction from Cardiff fans to the prospect of him taking charge.

But Bamba said: “He’s proved at this level he can be very good. We need someone who can come in and put a smile back on our faces and give confidence.

“At the moment, you can see clearly that the whole team is low on confidence. He’s got experience and if he got the job then hopefully he can come in and change results.”

Speaking to Sky Sports News, Bamba added: “At this level, we all know that experience is massive. If it is Mick McCarthy, then he knows the league very well.”

If McCarthy does take over from Harris – who left after suffering six straight defeats – then it will be a rapid return to management for the 61-year-old.

He parted company with APOEL on 6 January after just nine games and two months with the Cypriot champions.

McCarthy’s previous job was his second spell with Ireland, which ended last April after the Covid-19 pandemic caused the Euro 2020 play-offs to be postponed and Stephen Kenny replaced him.

His last post in club management was a six-year spell at Ipswich between 2012 and 2018.

Cardiff’s hierarchy appear to have turned to the experienced McCarthy after slipping to 15th place in the Championship, closer to the relegation zone than the play-off places which they are 13 points adrift of.

It’s understood that the length of McCarthy’s contract has yet to be decided, but initial talks have gone smoothly and a deal is expected to be completed over the next few days.

If so, McCarthy will be in charge in time for Cardiff’s next game at Barnsley on Wednesday, his birthplace and where the former defender began his playing career.

McCarthy has previously led both Sunderland (2005) and Wolves (2009) to promotion from the Championship.

Harris succeeded Neil Warnock as Cardiff manager in November 2019 and had led the team to the play-off semi-finals last season.

But the former Millwall boss came under increasing pressure as results nosedived, and Cardiff owner Vincent Tan released a statement on Thursday announcing he had parted company with the 43-year-old.