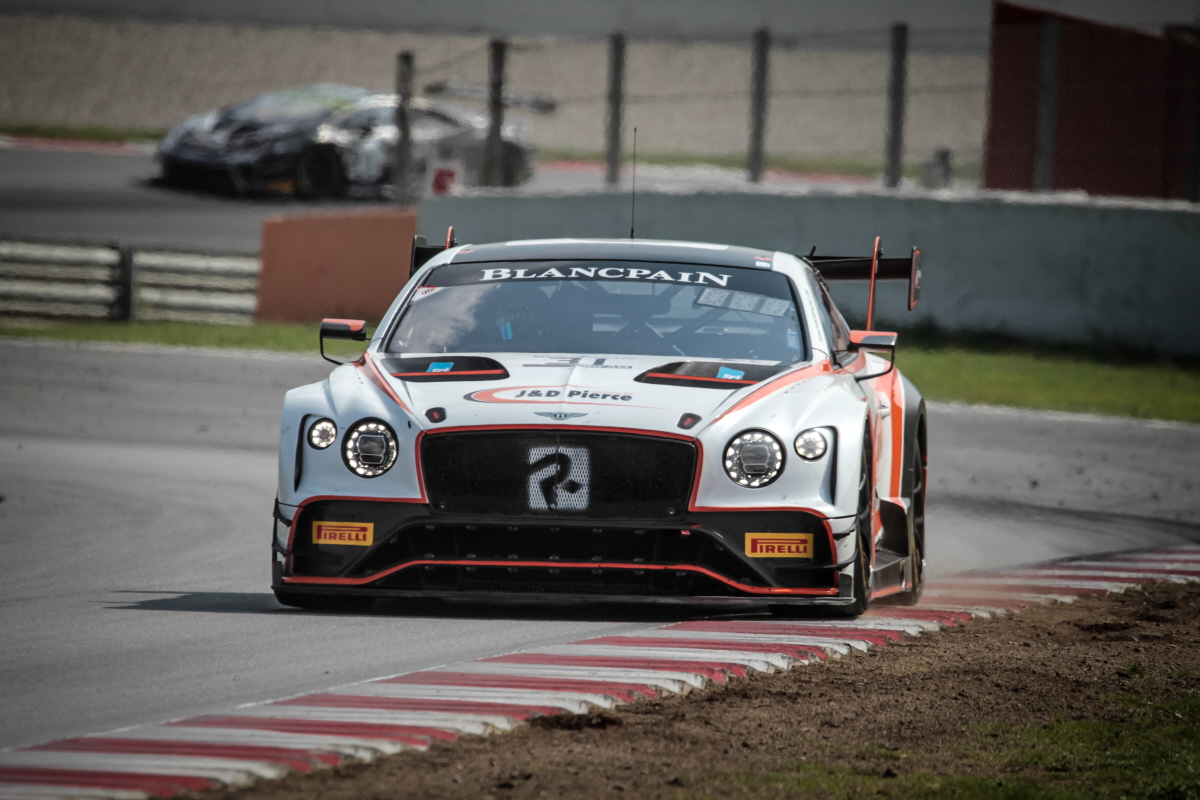 Once again, Seb Morris showed impressive pace at the wheel of his Bentley Continental GT3.

Finishing the three-hour championship finale fourth in class, and just outside the overall top 20, Wrexham-born Morris and team-mate Derek Pierce put together an impressive race to bring a positive end to an otherwise largely frustrating and luckless campaign.

In terms of pace, 23-year old Morris was as rapid as ever in the No.31 Bentley Continental GT3 and was the third fastest of the eight Bentley drivers in qualifying. Scorching to the fastest Pro-Am time in his session, in the race professional driver Morris managed to get into the class lead before amateur pilot Pierce slipped down the order and finished fourth.

“I was happy with my stint in the race and also my pace but because we only had me and Derek this weekend, and no third driver, I had to do the middle stint and so couldn’t do a super-fast stint at the end against the other Pros,” explained Morris. “The problem in my run was being hampered by the Safety Cars as it limited the time I had to make progress like I wanted to.

“I still managed to overtake a lot of cars, capitalising on other drivers’ weaknesses and putting in some good race craft, which was great and a lot of fun. We came in for the final stop in the class lead, but due to the Safety Cars we weren’t able to build enough of a gap time-wise and so when Derek got back in the Pros hunted him down.

“Fourth is still a good result though, I’m happy for Team Parker and thank the guys for all the hard work they’ve put in this year. All of the effort hasn’t been rewarded as it should have been, but it’s always good to end the season with a strong and positive performance.”