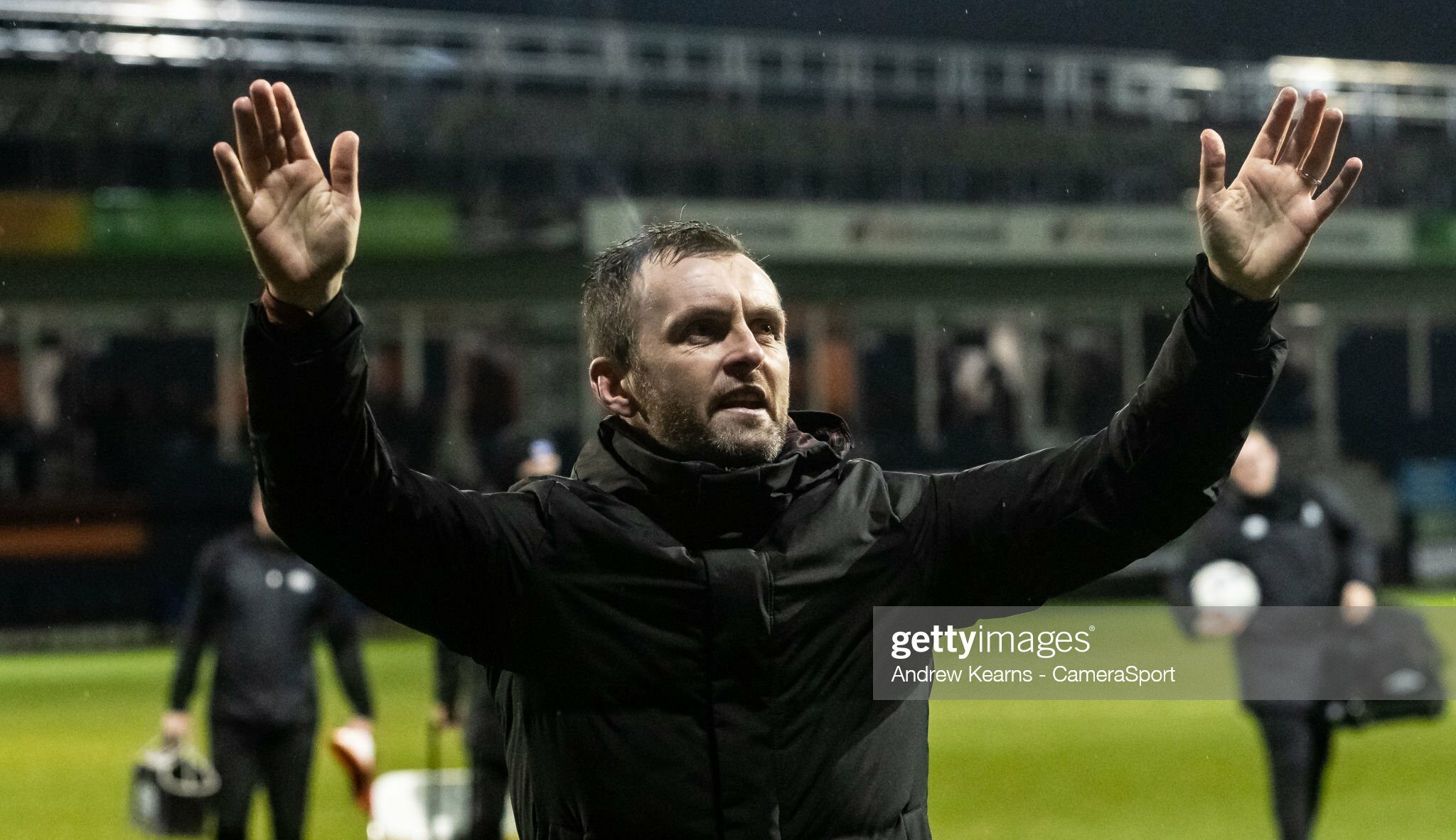 Both Cardiff and Swansea are miles away from the promotion picture and their seasons are dwindling to a close. But, there is success for a certain Welshman in Nathan Jones, who is miraculously looking to guide Luton Town to the promised land of the Premier League. Daniel Parker has been finding out about a Welsh managerial great in the making.

The Rhondda has a knack of producing special Welsh managers: Ton Pentre’s Jimmy Murphy, who led Wales to the 1958 World Cup quarter-finals; Llwynypia-born pioneer Jayne Ludlow, who followed a stellar playing career by transforming the fortunes of Wales’ women in the 2010s; and most recently Tylorstown’s Robert Page, who in challenging off-the-field circumstances has led Wales to the brink of their first World Cup in 64 years.

While Wales still only have one toe dipped in the Persian Gulf – with the significant obstacle of either Scotland or Ukraine to be surmounted before any plane tickets to Qatar can be booked – Page and his charges can look ahead to the rest of 2022 with optimism.

The same could be said for Luton Town boss Nathan Jones, who hails from Blaenrhondda in the upper reaches of Rhondda Fawr – in his own words “a Welsh mining community with a post office, a pub and six chapels”.

The two Valleys’ boys have trodden quite different paths. While Page played Premier League football with Watford and won 41 caps for his country, Jones never attained international honours and spent the bulk of his career in the bottom two tiers of the Football League.

And their personalities could hardly be more different.

Page cuts a gentle, considered presence in his interaction with the media and a reserved figure in the dugout; Jones has honed a reputation for emotive, colourful interviews that might affectionately be described as ‘chopsy’ in South Wales, and is unafraid to let loose on the touchline: in January he injured his hamstring in the frenzied celebrations that followed a late Luton winner against Bournemouth.

Yet Page and Jones share a diligent work ethic and pride in their working-class roots.

In a 2019 interview with the Stoke Sentinel, Jones highlighted the values instilled in him from a young age, including the strong faith honed in the chapels of his childhood.

Luton Town manager and former Bluebirds youth player Nathan Jones was jumping for joy with the fans last night after their 1-0 victory against Swansea City… pic.twitter.com/yIwV0GBuK3

“My grandad worked down the pit 52 weeks a year in pitch black and horrific conditions and if you can do that, then you can definitely play football in the wind and rain,” said Jones.

On the field, Jones’ philosophy centres on what he calls “an attractive style of football based around hard work”. That certainly chimes with his Luton Town team.

Having made an inauspicious start to the 2021-22 campaign, the Hatters have been a different animal since January, winning 12 of their last 18 games and rising from 13th to 4th in the table at the time of writing. Recent resounding victories over Preston and Hull – and last Saturday’s thrilling draw with fellow play-off chasers Millwall – have been easy on the eye, and an indication of a side that is keen to entertain.

Nathan Jones is so needed as Wales manager one day

They can mix it up too, with 6’4” striker Elijah Adebayo – scorer of 15 league goals this season – an ideal target man.

While automatic promotion looks a bridge too far, Luton look a good shout for a play-off berth, and with it a chance at promotion to the top-flight after a 30 year absence.

That would be a remarkable achievement for a club that was playing non-league football as recently as 2014 (this Newport County fan vividly remembers some bleak rainy-day Conference clashes with Luton sides a decade ago).

If they do reach the Premier League, the Bedfordshire outfit will owe everything to Nathan Jones.

In his first spell in the Kenilworth Road hotseat, Jones secured promotion from League Two and led Luton to the upper echelons of League One; securing the highest Football League points-per-game ratio of any manager in the club’s history.

What an incredible job Nathan Jones has done at Luton Town over his two spells there. Didn’t work at Stoke. Perfect fit at Kenilworth Road. The Hatters have finally replaced David Pleat.

After an unsuccessful sabbatical at Stoke, Jones returned to save the Hatters from a return to the third tier in 2020.

He hasn’t looked back since, with last year’s strong showing serving as a precursor to this year’s promotion push.

Promotion is far from a done deal, and Luton’s final seven games include some stern tests: leaders Fulham, play-off chasers Huddersfield and Nottingham Forest, and the potential banana skins of relegation-threatened Reading and Peterborough.

But there are experienced heads in the Luton ranks to steady the ship: utility man Kal Naismith, tricky winger Harry Cornick, veteran ex-Cardiff forward Cameron Jerome, and the returning Robert Snodgrass, who has already tasted the top flight with Norwich, Hull, West Ham and West Brom.

Wales centre-half Tom Lockyer has also made an important contribution this term – even in a season blighted by injury – and will hope to feature in Rob Page’s thinking this June.

So all to play for, then.

It became clear a long time ago that we wouldn’t see an inconsistent Swansea or a mediocre Cardiff in the promotion mix this season, but it’s looking more and more likely the race for the Premier League will have a distinctly Welsh flavour.

The prospects of a Mid Glamorgan play-off showdown between the Rhondda’s Nathan Jones (Luton) and Pontypridd’s Steve Cooper (Nottingham Forest) grow by the week.