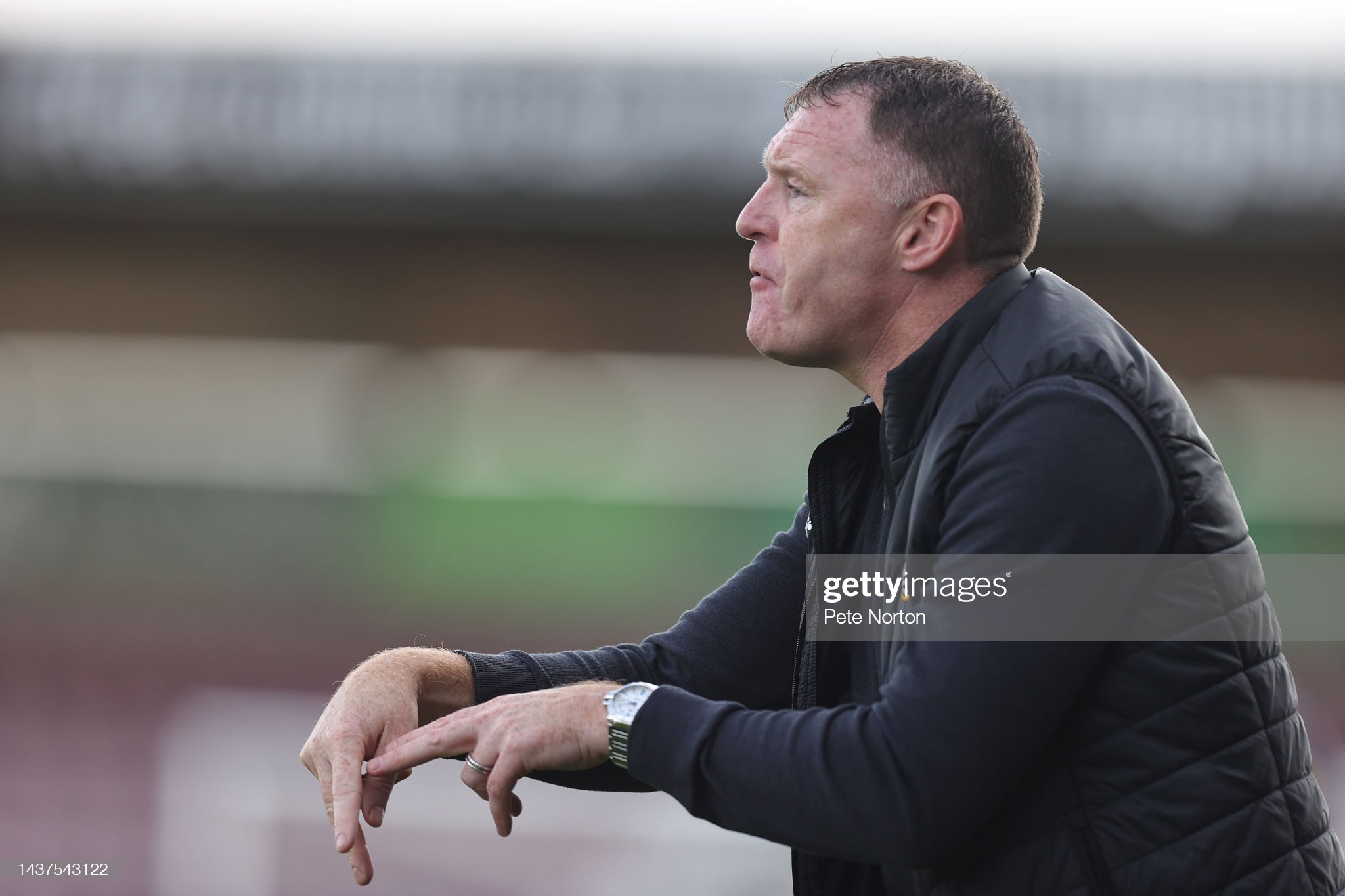 Newport County take a break from league action this weekend as they enter the potential giant-killing fields of the FA Cup, so perhaps it’s time to take stock.

James Rowberry’s exit from the Rodney Parade hot seat last month had an air on inevitability about it.

Rowberry remains an exciting young manager with a progressive footballing philosophy – and a classy character, as his gracious departing letter to the club demonstrated – but he was ultimately unable to cut the mustard in such an unforgiving division as League Two.

The Welshman started off with a bang, but the club’s form under his tutelage had dropped off well before the end of the 2021-22 season: County slid from contention for an automatic promotion spot to mid-table mediocrity within the space of around a month in the spring.

On too many occasions, the men in amber were outmuscled and out-thought – a worrying trend that was all the more noticeable at Rodney Parade, with increasingly frustrated players unable to meet the high expectations of the fervent home support.

The pattern continued into the new season, with the Gwent side picking up a solitary win over their first seven home fixtures.

The Rodney Parade curtain-raiser against Michael Flynn’s Walsall in August was emblematic of the early stages of the season: County passed well and dominated possession and territory for long periods, but lacked the physicality and guile needed to break down a limited but stubborn defensive unit.

Despite far-fetched calls from some quarters for a fairytale homecoming gig for Tony Pulis, the Newport County board – helmed by the eminently sensible Gavin Foxall – opted for Graham Coughlan.

The Irishman was a low-key appointment by any metric, but is someone with experience of the unfashionable depths of the EFL.

His work at County’s Severnside rivals Bristol Rovers, in particular, caught the eye, with Coughlan securing their League One survival in his first season and guiding the club to fourth place in the division the following year.

His next venture – at Mansfield Town – was decidedly less successful, and he was sacked after less than a year in post.

It’s the Bristol Rovers template Coughlan will be looking to emulate then, and there are definite parallels between the two roles: both Rovers and County were in 19th place at the time of his arrival, and the spectre of much-loved predecessors still loomed large over both clubs.

For Rovers, it was Darrell Clarke – who secured back-to-back promotions at Memorial Stadium; for County, in spite of the efforts of Rowberry to build his own legacy, there is still a Flynn-shaped void on the touchline.

His years in charge were halcyon days for the County faithful – those glorious FA Cup nights in particular will never be forgotten in South East Wales.

His reign will always feel like uncompleted business though, marred by that one frustrating shortcoming: the missing promotion which his efforts richly merited.

The elevated sense of expectation among a much-bolstered Amber Army is the Flynn legacy, and the resultant pressure – which saw off Rowberry – now sits on the shoulders of Coughlan.

The opening exchanges of the Coughlan regime have offered signs of encouragement. He is unbeaten in his first three games; stopping the unacceptable rot at Rodney Parade with a 1-0 win over Colchester, and securing respectable draws at promotion-chasing Mansfield and Northampton, where only a gut-wrenching 93rd minute equaliser for the home side denied the County a precious victory on the road.

A week away from league action should give Coughlan a chance to pause and consider, although supporters will expect an FA Cup win at home to Colchester (again) this weekend; as well as a decent showing in next Tuesday’s League Cup trip to old conquests Leicester City (there’s a giant-killing reputation to uphold).

The new manager has largely kept faith with the 3-5-2 system Rowberry implemented at the end of his reign, with the attack still spearheaded by top scorer Omar Bogle and impressive Welsh youngster Will Evans.

There have been some selection tweaks elsewhere, though: fleet-footed Pontypool product James Waite has deservedly secured his first-team place, while veteran utility man Scot Bennett is now preferred to summer signing Aaron Wildig in the heart of the midfield.

Obviously conceding so late is always gonna be disappointing, but that’s a superb point on the road. Coughlan has worked magic since taking over. Next up, the FA Cup at Rodney Parade

Defender Priestley Farquharson is also getting the regular first-team football he has craved since heading to Newport from Connah’s Quay Nomads in January 2021; and Joe Day appears to have seen off the challenge of Antigua and Barbuda international keeper Nick Townsend for the starting spot between the sticks.

Elsewhere, established clubmen Matty Dolan and Aaron Lewis and young midfield duo Sam Bowen and Hayden Linley have seen their game time limited, though Coughlan has already publicly praised the attitude and application of those who are missing out on action.

The noises out of the club suggest a happy dressing room, and (hopefully) the turning of a corner.

With that being said, there are still important questions that needed answering.

For one, can Bogle replicate the goalscoring form of last season’s League Two top-scorer Dom Telford?

With Evans a newcomer at this level, Offrande Zanzala blighted by injury, and the likes of Chanka Zimba and Lewis Collins largely limited to cameo appearances, much will be expected of the experienced Bogle over the months ahead.

Bogle’s septet of goals this season represent the journeyman striker’s highest tally for any of the 10(!) clubs he has played for since leaving Grimsby in 2017.

The Amber Army will hope that’s a good sign, and an indicator of much more to come.

Game management is also a concern for the County: the Welsh club score roughly 80% of their goals in the first half of games, and 70% of all goals they concede come after the break.

Coughlan either needs to purchase a new brand of half-time oranges or else get to grips with how Newport’s shape seems to disintegrate so often after 45 minutes.

Rowberry often failed to make the best use of his bench, and there are early indications that Coughlan prefers to stick rather than twist his pack.

For example, rather than go all guns blazing in pursuit of a goal against 10-man Mansfield, the manager took off two attack-minded players and left his only dedicated striker on the bench.

It’ll be interesting to see how this develops over the rest of the campaign: County’s squad isn’t a cornucopia of depth, but there are definitely fringe players capable of making an impact from the sidelines if given the chance.

The club still lie in 18th place in the table, but spirits will undoubtedly have been galvanised by recent performances.

There’s also plenty of time left this season for Coughlan to make his mark on the team and affect the situation.

Some fans have already written off this campaign and would be content with mid-table obscurity, or even just survival.

They are probably being too pessimistic given the fluid nature of League Two: this is a division that few clubs ever run away with, and a decent run of results can quickly alter the complexion of the table.

It’s all to play for Coughlan and County – watch this space.