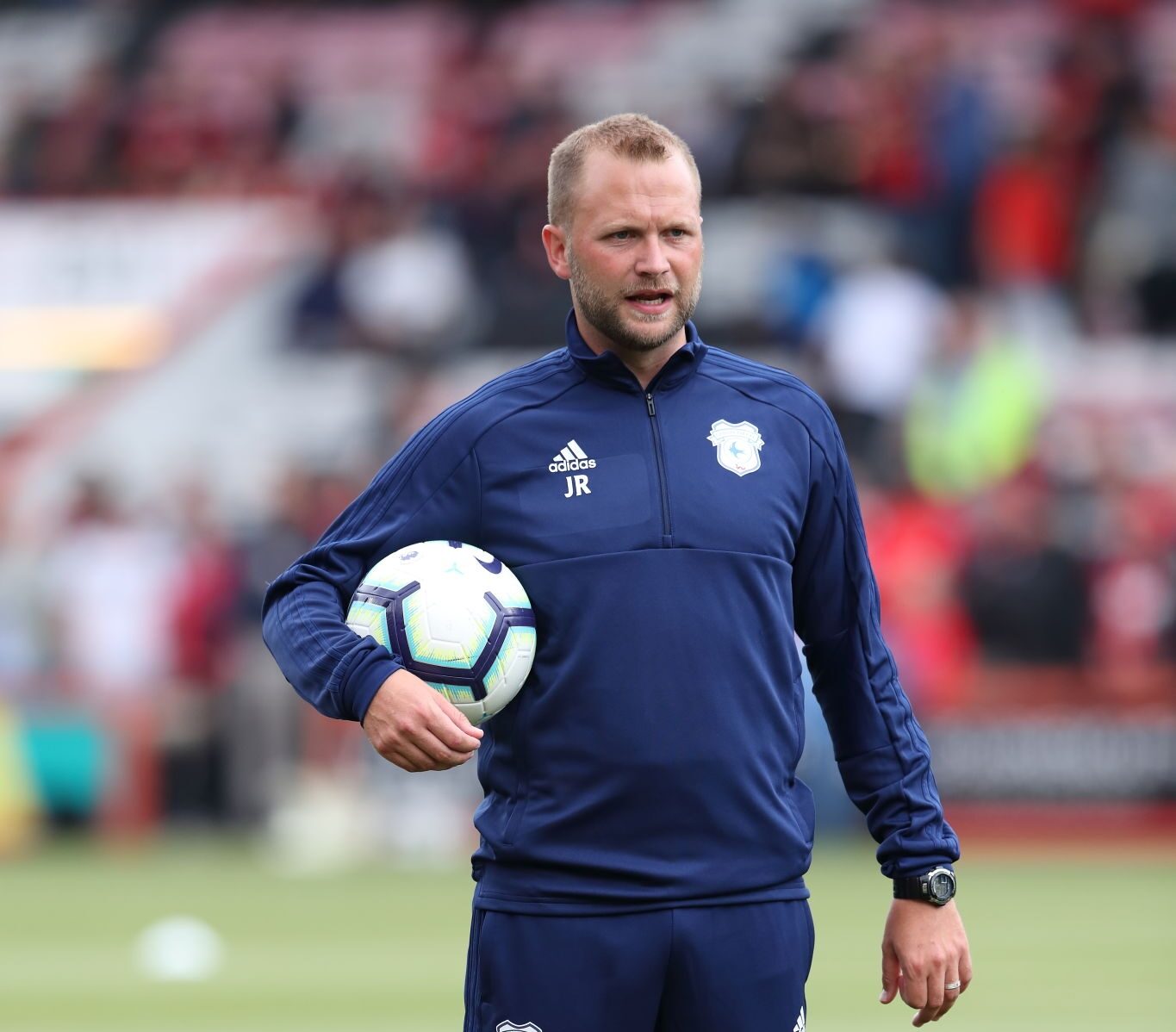 County’s dramatic 2-2 draw at home to Carlisle on Tuesday night was the last match in charge for Hatswell, who stepped up after the resignation of Michael Flynn at the start of the month.

Flynn’s former assistant is in talks about whether to stay on as Rowberry’s assistant after the Cardiff City  coach was confirmed as County’s new boss just before the game.

After the end of his unbeaten four-match spell in charge, Hatswell said: “The plan was for me to have the Carlisle game and I am going to go away and have a think about things, then speak to the chairman and sit down with the new gaffer to decide in the next few days.

“We speak pretty much daily on a coaching capacity and on a personal level, so we are quite close in that respect. I have been completely honest with him from day one and I will continue to be.

“I have just treated the last three weeks by trying to give the players that focus rather than bringing speculation up.

“The most important thing now is that the club have brought in a very good person and a very good coach, who hopefully will be a good manager.

“If I am here then I will give him my support, 100 per cent. We will just have to let the dust settle.”

Newport confirmed the appointment of Cardiff first-team coach Rowberry as the club’s new manager a couple of hours before the kick-off on Tuesday.

Rowberry arrives at Rodney Parade as the permanent successor to Flynn, who left the Exiles earlier this month following four years in charge.

The 36-year-old is no stranger to County, having been a youth player there, and a one-time coach in the Newport academy. His first game in charge is set to be Saturday’s League Two trip to Bristol Rovers.

Hatswell, who has been in interim charge while the club conducted their managerial search, was in charge for the game against Carlisle, with Rowberry given a watching brief from the stands.

Newport ended with nine men as Ed Upson and Ryan Haynes saw red in the second half at Rodney Parade.

Upson was the first to go for handling the ball on the goal line as he conceded a penalty which Zac Clough struck home to level the scores in the 66th minute of a game played in torrential rain.

Not quite the result we wanted tonight but the quality of this man can’t be ignored 🔥 pic.twitter.com/qt2LQefGcE

Then Haynes got his marching orders for a clumsy challenge which earned him a second yellow to leave his side playing two men short for the final five minutes.

Carlisle hit the front through Joe Riley after only 44 seconds but Dom Telford scored twice in three minutes just before the half-hour mark to edge his side in front.

At that stage Newport were in complete control but it took a string of great saves from Joe Day to keep them in the game in the final quarter.

The draw provided new Carlisle boss Gavin Skelton with his first point and gave Rowberry plenty to chew over ahead of his first game in charge at Bristol Rovers at the weekend.

Hatswell believes Rowberry will prove a shrewd appointment, even though Flynn will be a tough act to follow.

“We worked together here a long time ago and have always remained friends. He has gone on to do really well in the game and it’s his first job as a manager, like Michael Flynn.

“I just want everybody to get behind him and with him being a local boy as well, I think it’s going to be quite exciting.

“He will want to come in and put his own stamp on things but you can see that we aren’t a million miles away from being a decent side.

“One of these days we are going to give somebody a hammering, so hopefully we can give him a few good wins over the next few weeks.

“He has seen the heartache that I have had with the play-offs but also the good times.

“He knows a lot about the club and he gets here to watch whenever he can. He is coming into the job with his eyes wide open and that is an advantage.

“He also has the advantage of me because if we can tap into each other’s knowledge then it will only be a positive outcome for the club.”