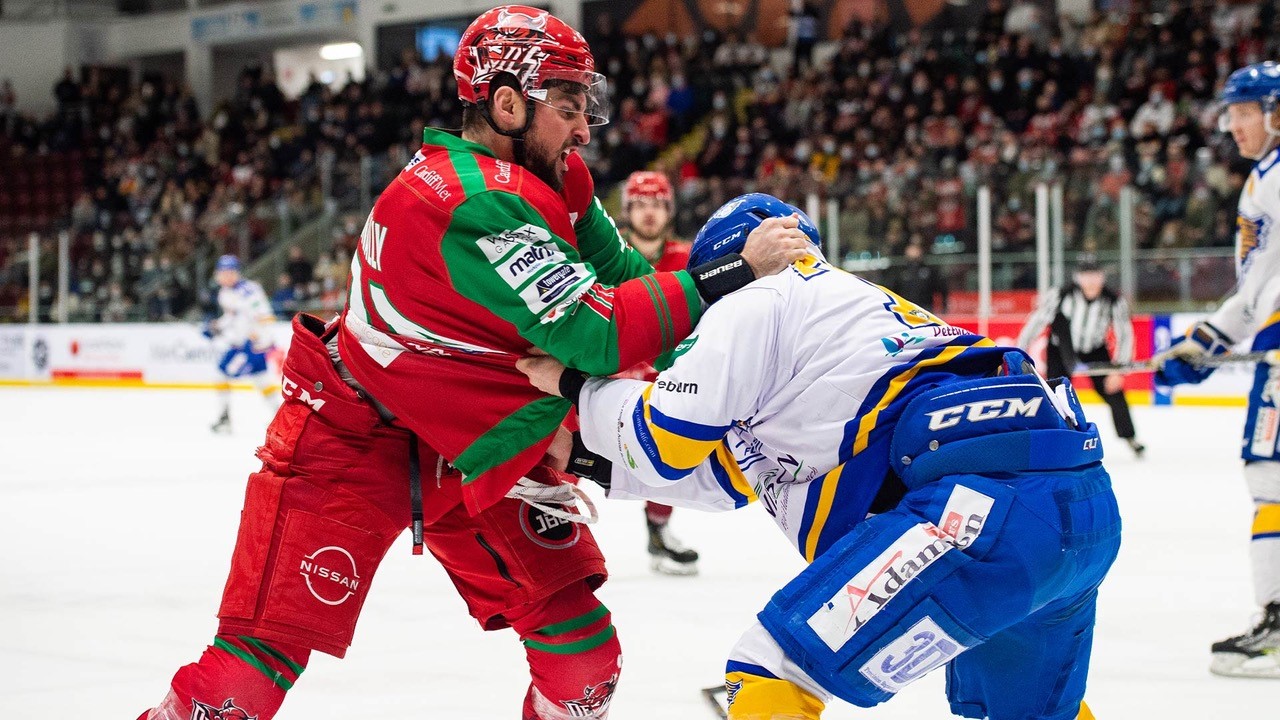 Devils (22-8-1) are currently second in the table and three points ahead of third-placed Belfast (21-7-0), but have played three games more.

Jarrod Skalde’s team have won all four games since the last meeting between the two sides, which ended in controversy when a late game-tying goal for the Devils was chalked off after review.

That 1-0 loss was Devils first visit of the season to Belfast and their first defeat of the campaign in four meetings with the Giants.

Devils turned in two particularly impressive displays back in front of home fans last weekend and make the trip in good form.

Last weekend’s commanding victories over Fife Flyers and Nottingham Panthers saw Devils show their more aggressive side, with the team not hesitant to drop the gloves.

Their 4-0 shutout win over Fife saw Devils rack up an uncharacteristic 45 penalty minutes with defenceman Mark Louis later handed a two-game suspension, that forces him out of the first Belfast game.

“Our guys responded really well, it was great having the fans back in the building. The fans were excited, it got the guys motivated and it was a great weekend for us,” said Skalde.

“When we play with a little bit of an edge, we’re a better hockey team. We’re looking for a lot more team toughness. We want to play an aggressive brand of hockey and we want to bring our skill and our speed.”

Skalde must decide whether to continue to rotate his goaltenders this weekend. Mac Carruth and Taran Kozun split starts last weekend, although Carruth has been given the nod in all four previous games with Belfast this season.

Against Nottingham on Sunday, Carruth allowed just one goal off 38 shots and boasts a league-best 93.73 save percentage. The previous night, back-up Taran Kozun recorded his first league shutout of the season after making 20 saves as Devils blanked Fife Flyers.

“It’s a great problem to have. Mac has carried the majority of the load and has played some big games against Belfast and Sheffield, but you look at the body of work that Taran has done here, I believe he’s 13-1 (win/loss) in his games and he’s having a tremendous season,” said Skalde.

“It’s a great problem for us to have, deciding who is going to play. We’re very confident in both guys.”