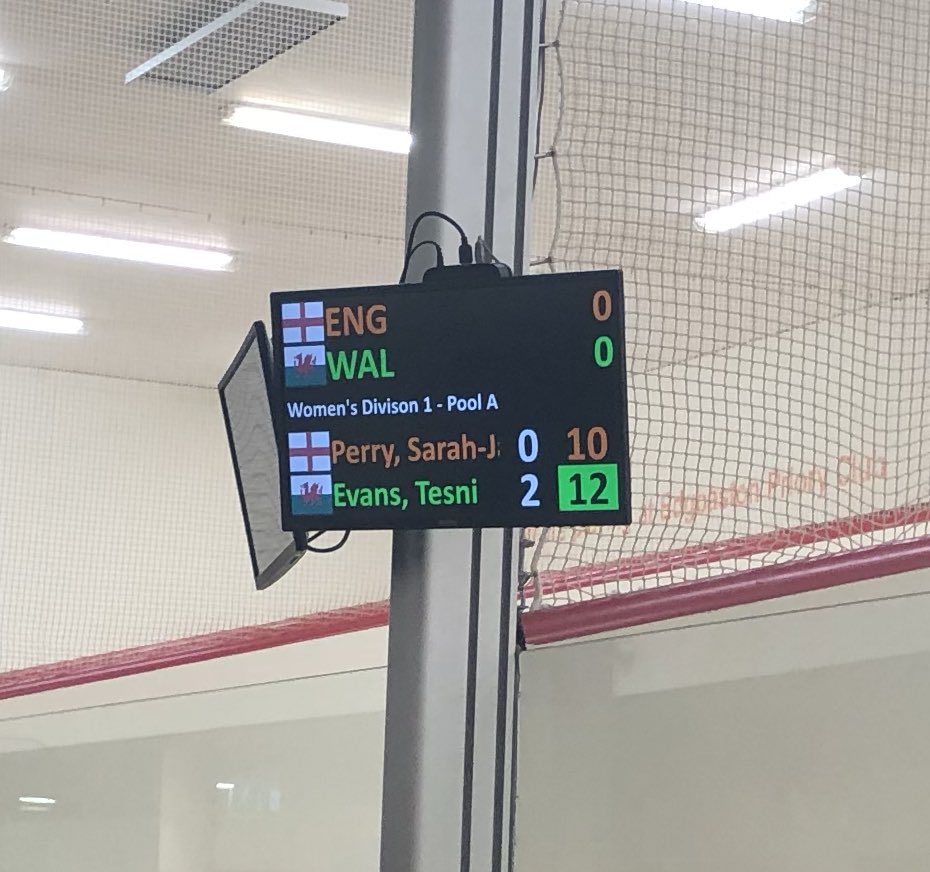 Tesni Ev and gave Wales a solid start against England at the European Championships with a win against Sarah-Jane Perry.

Welsh number one Makin, who is from Haverfordwest, celebrated his rise by  winning for his country at the European Team championships in Birmingham.

Makin now has his sights on a top 10 placed, although he is currently focused on helping Wales at the Euros.

Rhyl-based Tesni Evans has maintained her position at number nine in the women’s World rankings.

Both Makin and Evans won for Wales on the opening day of the European Team Championships at Edgbaston Priory, but both men’s and women’s teams were edged out.

Wales then took on England and were again beaten 2-1 with Tesni their winning player.

Both Lopez and Emyr are seeded at the Rhiwbina Welsh Open $11,000 men’s tournament which starts on May 7.

Eleven countries are represented through the first round draw and they are England, Spain, France, Finland, Croatia, Spain, Italy, India, Pakistan, Germany and Wales.

The professional PSA Ladies Bangor Open at Bangor University is being held between Wednesday, May 29 and Wednesday, June 5.

The fifth annual Llantrisant Open Squash Championships are to be held in June. Llantrisant are organising their tournament for Friday, June 21 to Sunday, June 23.