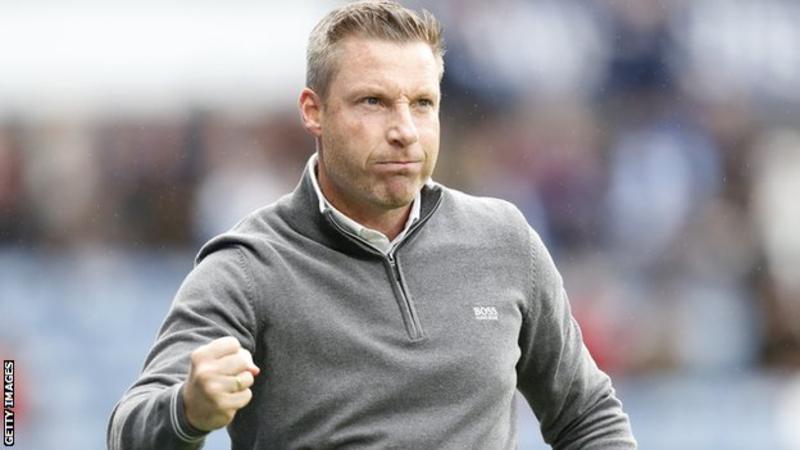 Neil Harris is Cardiff City’s 17th manager since Terry Phillips started reporting on the Bluebirds almost a quarter of a century ago. Today, Harris is in charge of his new team for the first time, away at Charlton Athletic.

Essex-born former Millwall manager Neil Harris is back in London on a Bluebirds’ mission.

He is planning a promotion push and is focussed on Cardiff City’s next three SkyBet Championship fixtures, an eight-day spell which sees them take on Charlton (away), Stoke City (home) and Nottingham Forest (away).

City are off the pace right now, but Harris is aiming to change that and become the third club manager to lead Cardiff into the Premier League, following Malky Mackay and Neil Warnock.

More than 1,700 supporters will be watching his first fixture in charge, at Charlton’s Valley Stadium, and he believes the current squad is capable of launching a drive towards the top six.

“No promises that we’ll be in the top six, but we want to be,” says Harris. “Have I got the players? Yes. They possess good individual abilities, it might take six games to get them back together.

“I came here to get team back to the Premier League, sooner rather than later. If it takes 18 months then so be it, but it’s about building the foundation of the club.

“My aim is to on the under-23 squad, but only if they’re good enough. James McCarthy (Academy manager) has a great work ethic and wants players to come through.

“I want to include young players like Cameron Coxe and Ciaron Brown a chance.

“I’m trying to avoid questions on the January transfer window because we have three games this week. We might be a bit light in a few areas, but we need to give players like Jazz Richards the opportunity to regain fitness.”

Harris is hoping the spirit of Ryan Giggs’ Wales, who qualified for the Euro 20 finals by beating Hungary 2-0 this week, will give Cardiff added impetus.

He was at Cardiff City Stadium to watch Wales and said: “I’m so pleased for Ryan and the boys to get through.

“That’s lifted everybody in the vicinity.

“To see so many Cardiff people within the stadium, City fans, absolutely buzzing afterwards. Hopefully we take that goodwill and good spirit into the game at Charlton.

“It’s been mad this week, long hours and getting to know everybody, but the people around have been fantastic, they can’t do enough for you.

“Being at the national game the other night was a great opportunity to get to know people and see what football means to people in the region and the country.”

The match at Charlton is the first time these two clubs have met since a goalless draw during February 2016 and his target is to help Cardiff improve their record in London. They have won only two of their last 26 league visits to London.

Harris has been in charge for a week since being appointed, preparing for the 12.30pm kick-off at Charlton.

“The players have been outstanding, as you would expect,” said Harris. “It’s not revolution or changing the style of play completely; it’s about a talented group of players learning, taking on our messaging and being themselves.

“They are chomping at the bit to play and we’re all really looking forward to it.”

Charlton are a point above Cardiff in 11th place, but have earned only one point from their last four games.

“We’re up against an unpredictable Charlton team,” says Harris. “ But we’ve been preparing well and giving the players as much information as we can.

“We want the players to express themselves, be attack-minded at times, but hard to break down as well. We have some good players in that dressing room.

“Charlton carried some real momentum at the start of the season having come up through the play-offs and had a strong start. It’s a tough trip to the Valley, but the players have enjoyed the structures we’ve put in this week and are ready to go.

“I want to bring things back together and make sure our dressing room is full of confidence and supportive of each other.

“Players to try to push their mates out of the team, but when they are playing and you’re not, support them 100 per cent.

“Supporters want to see players putting their bodies on the line and playing with a bit of quality. If you get that and build, then fans will want to watch it.

“The players have been together and have been giving it everything this week and that’s what I want to see and expect at Charlton.”

Club captain Sean Morrison is back in the squad at Charlton after recovering from injury and gave his thoughts on the first week of Harris-rule.

“It’s been an exciting week, to be honest,” he said. “We had a really good meeting on Monday, and the boys really bought into what the new gaffer had to say.

“We’re buying into his philosophies and how he wants us to be on and off the pitch.

“He wants us to be hard working, to leave everything on the pitch and be tough to beat.

“It will take a little bit of time to adapt, but we’re fully behind what we want to do here, and to achieve something fantastic come the end of the year.

“Personally, I’ve been back in full contact training this week so I’m glad to be back in with the squad, regardless of whether I’m playing on the weekend or not.

“Hopefully now we can get back to being hard to beat and not conceding sloppy goals. We’ve got power and pace up the front, with boys who can put the ball in the back of the net.

“The division is so tight at the moment that a run of three or four wins on the bounce can make us climb right up the table.”