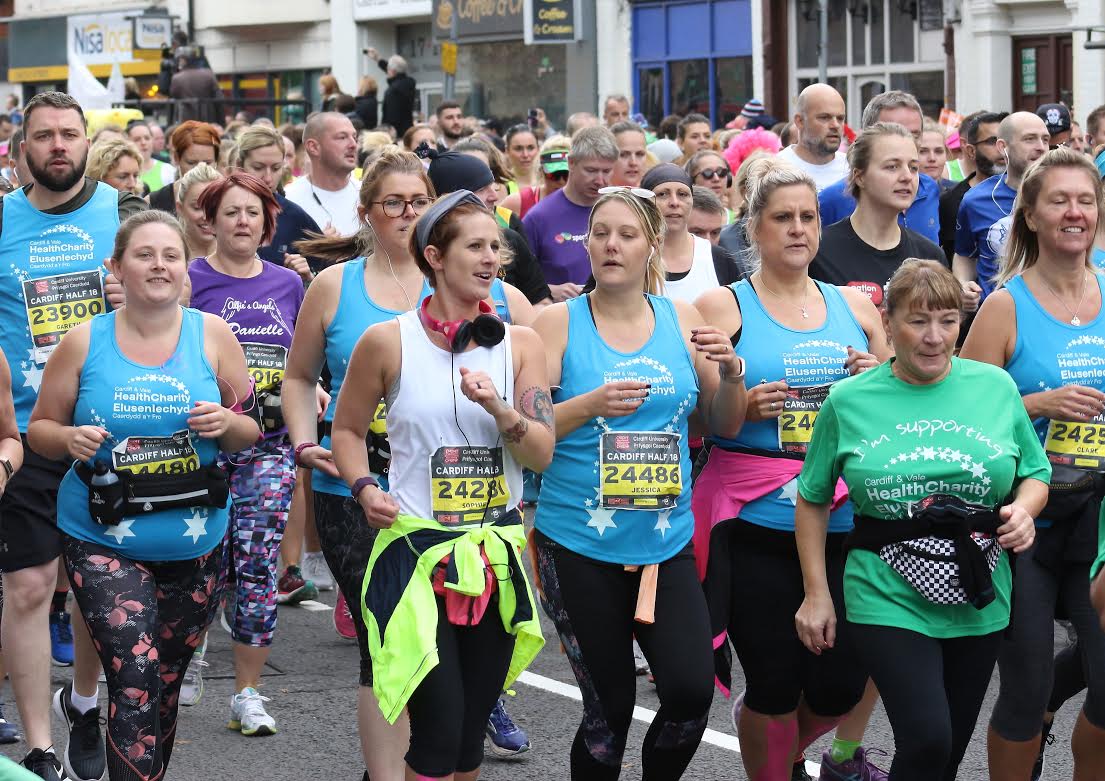 R4W, the team behind events like the Cardiff University Cardiff Half Marathon & ABP Newport Wales Marathon have teamed up with performance underwear brand Runderwear to launch an all-new women’s event.

Inspired by Cardiff University research into why women run and the barriers around participation, the HER VIRTUAL 5K – which takes its name from the Welsh word for ‘challenge’ – is the first in a series of exciting new women’s events

The event is a call to action for those who want to celebrate their love of running – whether they are just starting, returning after some time off or already running regularly.

Those taking part will gain access to content and advice on some of the issues flagged in the research as motivations or barriers to running for women, covering topics including the runnability of streets, feelings of safety, family and work commitments, injury, illness, and working with your body.

We've teamed up with @Runderwear to launch a new women's event, the #HERVIRTUAL5K, taking place between 28 March – 28 April.

To celebrate #InternationalWomensDay we've got 100 free spaces to give away! Click below to enter the competition or learn more ⬇️

They will also gain access to an exclusive closed social media community, where they can engage with other women taking part, seek support, inspire one another, and celebrate success.

The Cardiff University research found, amongst other things, that additional daylight and targeted women’s events were amongst factors that helped inspire and increase female participation in running.

As a result, the virtual participation window will open for one month, starting on 28 March 2021, as daylight saving time begins, and the evenings become lighter.

R4W partner Runderwear, who are passionate advocates of the female running community have thrown their support behind the exciting new event.

As well as offering all of those taking part a 15 per cent discount on any purchases made via their website (against their collection of women’s running bras, underwear, base layers and socks), they will also supply 200 complimentary spaces for women to participate in the event.

Richard Edmonds, Runderwear’s Co-founder said: “Runderwear are thrilled to be teaming up with R4W for the HER VIRTUAL 5K event. We’re excited to offer our support to the female running community as they celebrate their love of running in this inspiring event. We wish everyone all the best in their run!”

Women can participate from any outdoor location, or on a treadmill from any worldwide location between 28 March and 28 April.

“They’ll just need to collect some supporting evidence that they have covered the 5K (3.1 mile) distance such as a photograph of gym equipment or a screenshot from a fitness tracker or GPS activity.

For those not lucky enough to win a complimentary space via Runderwear, entry costs just £10 and includes:

a 5K training plan to help prepare for the race

15 per cent discount with Runderwear

access to the online virtual results platform and membership to an exclusive closed social media community, to engage with others taking part, seek support, inspire one another, and celebrate success (before, during, and after the event).

Twenty per cent of all entry fees will be donated to a women’s focused charity, with those taking part able to nominate and influence the beneficiary cause.

The total amount raised, and the beneficiary charity will be announced as the results are published as the event finishes on 28 April, 2021.

You can find out more about the event and enter the competition on the R4W website.