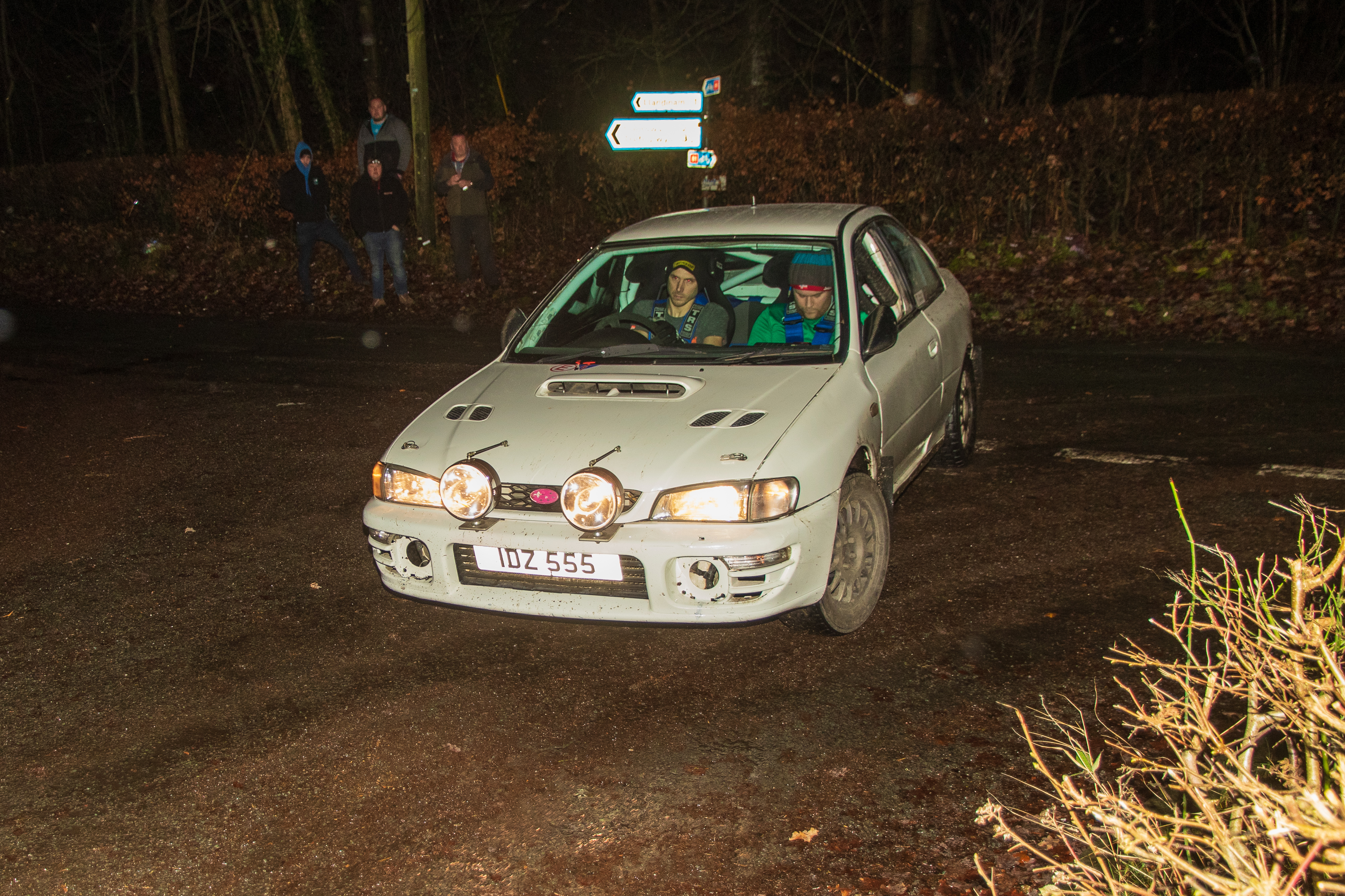 Andy Davies topped off a great Welsh Road Rally Championship winning season by scoring victory on the final round of the series, the Eagle Rally, in his Subaru Impreza.

Co-driven by Michael Gilbey, the Cribyn driver won the Newtown & District Automobile Club-organised event for a second time in a row, to add to his wins on this year’s Rali Bro Caron and Autumn Rally.

He finished ahead of second-placed Mark ‘GT’ Roberts/Dylan Jenkins, who had another good run in their VW Golf, while Paul Morgan/Jamie Mills were an excellent third in their Honda Civic – having been seeded at car number 17.

There were a number of retirements during the night, including Gerwyn Jones/Ceri Davies (Ford Escort) and Matt Barker/Jordan Dziadulewicz (Peugeot 206 GTi) who both suffered clutch problems, Macaulay Austin/Dafydd Evans who broke a driveshaft in their Honda Civic and Einion Williams/Rhodri Evans who were forced out with a damaged exhaust in their Ford Escort.