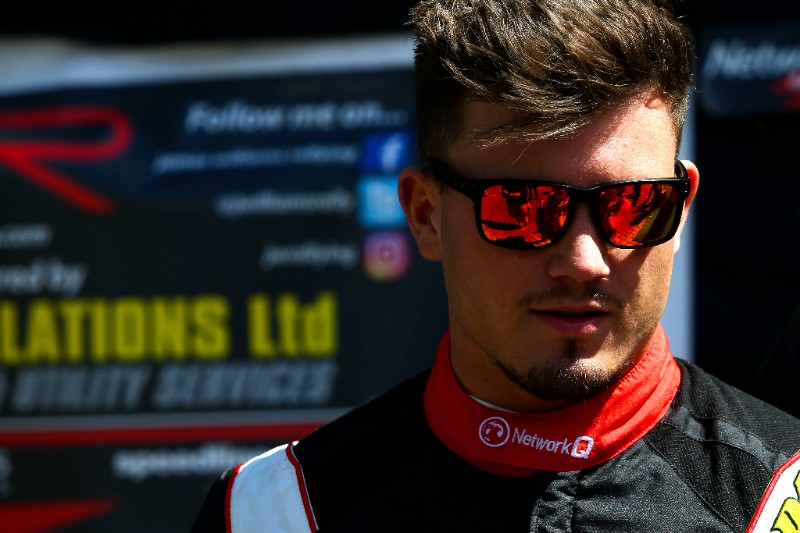 Welshman James Williams and English co-driver Ross Whittock are the first recipients of a test with Hyundai Motorsport Customer Racing in the latest specification Hyundai i20 R5, their prize for leading the Prestone MSA Motorsport News Junior British Rally Championship after the opening two rounds.

The prizes, which are supported by Hyundai Motorsport Customer Racing, will offer two successful crews a chance to join the manufacturer for a day-long test in southern Europe. The winners will sample the latest i20 R5 from the Korean firm – a four-wheel-drive machine all of the junior competitors will be hoping to step into, in the coming years.

The first recipients are the Vauxhall ADAM R2 team of Williams and Whittock. Williams has come on leaps and bounds in the past 12 months in the Junior BRC. The 20-year-old from Newcastle Emlyn clinched his first podium in Ypres last season in a Ford Fiesta R2T before repeating the feat on his home round – The Nicky Grist Stages.

Williams swapped the Fiesta for a Vauxhall ADAM this season and has been tipped as one of the main title protagonists for 2018.

Second on the opening round on the gravel of the Pirelli International Rally was a strong start to his campaign, and this was swiftly followed by a breakthrough Junior BRC win in Belgium – producing a front-wheel-drive master class on the event to not only win the British section but also the honour of the first front-wheel-drive car across the finishing line.

“Getting a win so early on in the season has exceeded my expectations and to win in Ypres is fantastic,” said Williams. “I knew I could do it, but thought it may come later in the season. It still hasn’t sunk in yet, and not only was it good for Ross and me, but for my team, HT Installations and all my supporters.

“To work with Hyundai, the team leading the World Rally Championship is a dream come true. To see Tom Cave, Keith Cronin and Thierry Neuville all do well in the car shows how great a package it is. It’s such an awesome experience and it’s that natural step for any R2 driver and I ‘m very excited to get going and learn as much as I can inside and outside of the car.

“The prize with the BRC and Hyundai is a massive achievement that will only give me more confidence to go into the second half of the season. I want to do the best job I can and keep picking up some solid results so we can be in a title challenging position at the end.”

“We are very pleased to be able to welcome James and Ross to test the Hyundai i20 R5,” said Andrew Johns, Hyundai Motorsport Customer Racing Senior Sales Associate. “This season they have shown already that they are very capable on both gravel and tarmac, and that they have quickly adapted to a new car for 2018. We look forward to seeing what they can do in an R5 car, giving them a feel for what will surely be the next step in their career.”

Before the new season commenced, two prize drives were announced for the competitors in the action-packed front-wheel-drive R2 category. The first was for the series leader after the Renties Ypres Rally and the second for the championship leader after Dayinsure Wales Rally GB. If it is the same team, the award will be passed onto the second placed crew in the championship standings.

The next round of the Prestone MSA British Rally Championship is on 17/18 August in Northern Ireland for the John Mulholland Motors Ulster Rally.