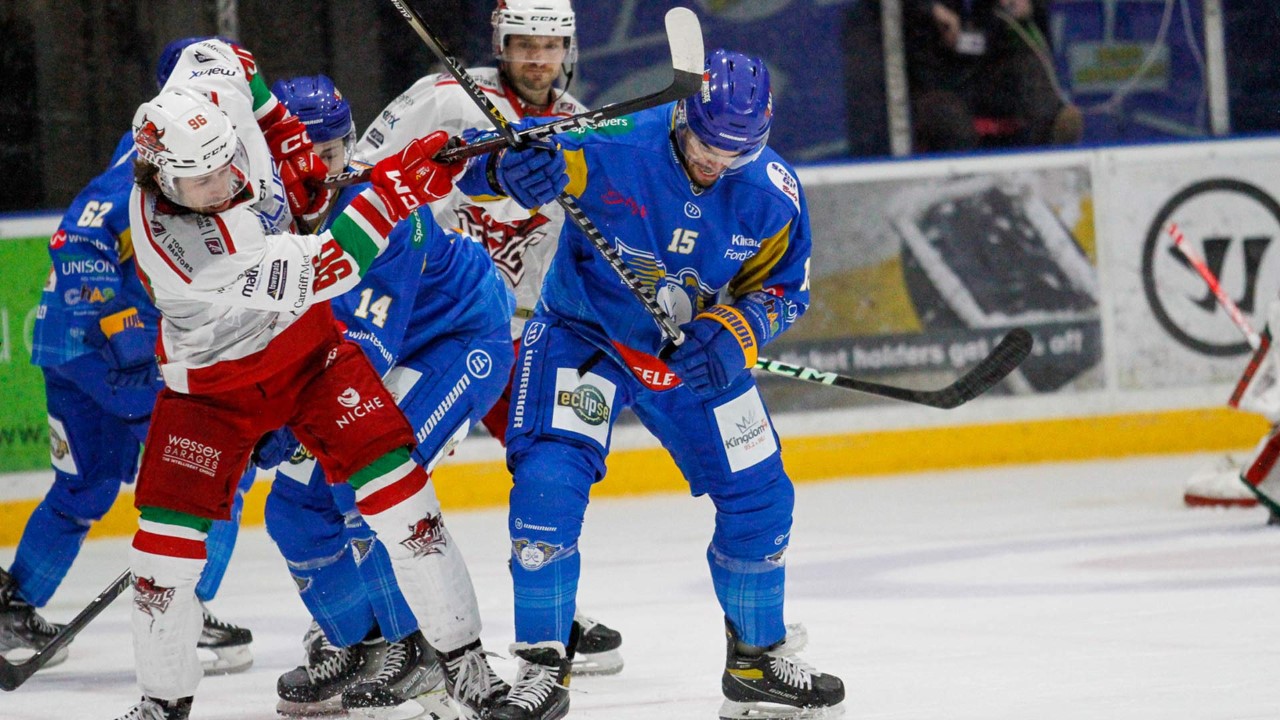 The Devils travelled north immediately after their 4-2 defeat to Belfast and return home with an improved 7-2-0 record in the Elite League – but only after late drama in Kirkcaldy.

Brodie Dupont’s team trailed to the Flyers for much of the game until Joey Martin levelled with 3:03 remaining to make it 2-2, with starting goaltender Taran Kozun pulled from the Devils net.

With only 1:22 to play, Justin Crandall’s breakaway finish put the Devils in front for the first time of the night and had seemingly won the game until Fife struck back in the last 40 seconds to force overtime.

The three-on-three sudden death proved to be short-lived, with Brodie Reid lasering in the game winning goal after just 32 seconds to seal the result.

The Devils visit to struggling Glasgow Clan the previous night was an altogether more straightforward affair.

Jake Coughler and Blake Thompson each had a goal and an assist as Taran Kozun blanked the Clan with 19 saves, with Cardiff hitting five without reply, as the hosts remained winless.

The Devils’ three-day run of games got off a disappointing start with a 4-2 defeat to fellow title contenders Belfast Giants on home ice.

The Devils found themselves trailing by three without reply going into the third period and despite Trevor Cox and Thompson reducing the deficit, David Goodwin added a fourth for Belfast with his second of the night.

An unforgiving schedule continues with the Devils back in action again on Wednesday night, as they face Guildford Flames away in what will already be the fifth meeting between the two teams, just six weeks into the new season.