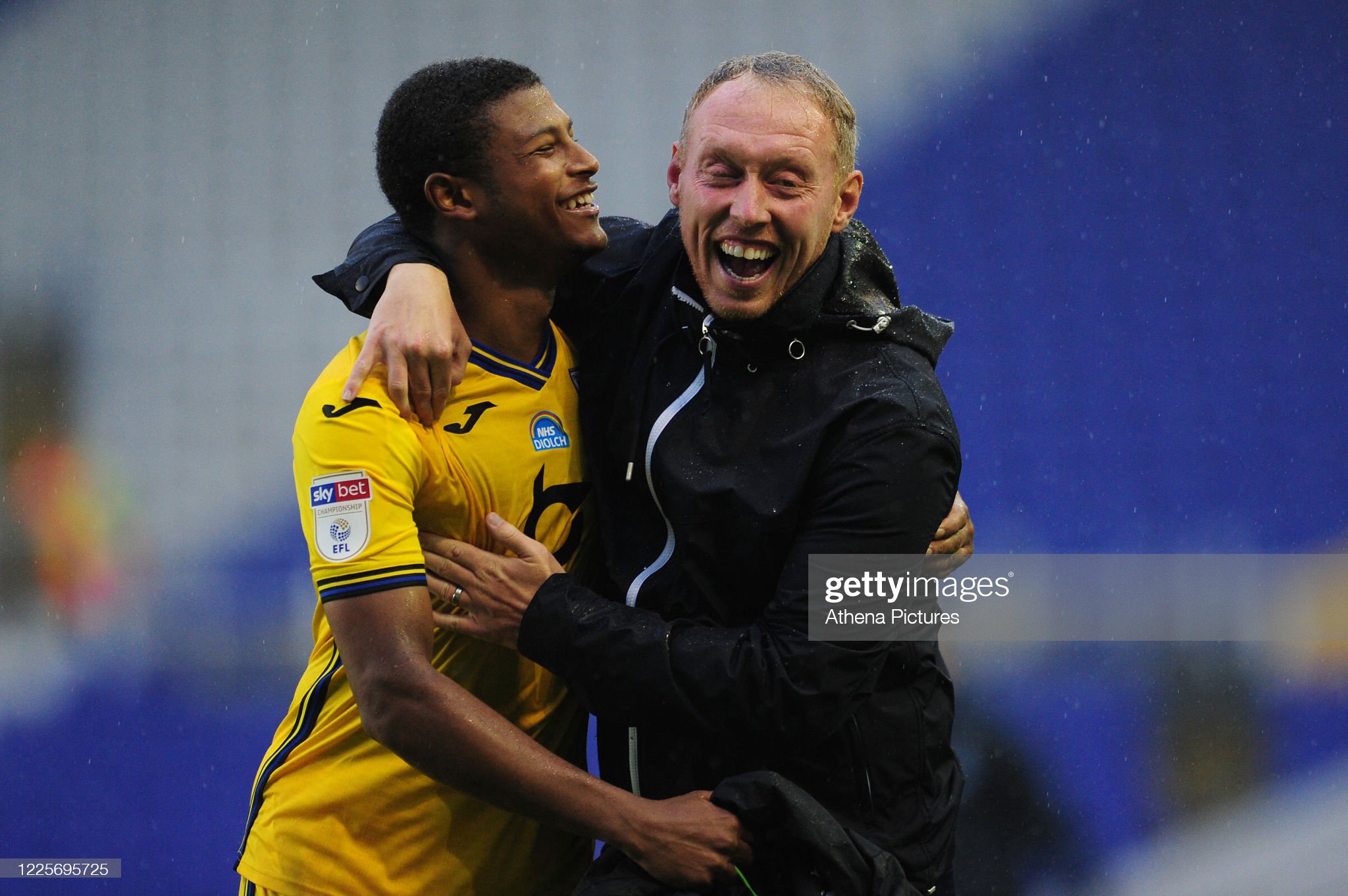 Former Swansea City loan star Rhian Brewster is poised to sign for Sheffield United in a £23.5million deal from Liverpool.

So what will Sheffield United get for their money as they look to stay in the Premier League after a disappointing start to the season.

This is what Steve Cooper said about Brewster who was banging in the goals for Swansea at the tail end of last season.

Are you surprised by how well he’s hit the ground running in Championship?

“I’ve not been surprised because I really believe in the boy. We know he obviously has the talent to have an impact on games, but I also know he has the drive and commitment and I think that is so important in the league.

“I haven’t been surprised, but at the same time you still have to go and do it and I think for him it’s still relatively early. Twelve games is not loads.

“He’s got six goals, but he’ll be aiming for more and I’ve set him some objectives which I hope he reaches because we’ll all benefit from that. His challenge is to keep going. He’s a good player, a great lad, and very well liked by the boys here.

Rhian Brewster will sign for Sheffield United today. £23.5m and a buy-back guaranteed for three years. Liverpool also have a 15pc sell-on.

“He’s settled in brilliantly, loves life in Swansea, and is enjoying playing every week. As long as he keeps playing well and scoring that will continue, but like any young player he has to focus on the present and get the most out of every day.”

Can he make it at Liverpool?

“It’s up to him. We’re going to give him opportunities here as long as he keeps applying himself and performing as he is.

“In the end with young players it’s one thing giving them an opportunity, it’s another thing taking them. That’s what gets players to the level they end up at.

“I had the same conversation with Ben Cabango and Jordon Garrick recently. We’ve got other young lads on the fringes who if required I’d put them in no problem.”

Is Brewster benefiting from now being a main man?

“I think we’re still going through that process. He scored two last week and there are a lot of questions about him naturally as he is a Liverpool player.

“The other stat is he’s only played 12 games which isn’t loads. He’s played in every game apart from one which was in a three-game week and I felt he needed a rest and would be better coming off the bench.

“Apart from that he’s started every game from so it’s a bit early for me to say definitely yes but I think he’s heading that way where he’s gaining experience.

“If he does well we all benefit and let’s not forget it’s about the football club and what we get out of it. The more good footballers we have at the Swans, the better for us. We like giving young players minutes and opportunities and we believe in them.”

“He’s definitely those things on a day-to-day basis. He’s a wonderful lad, the life and soul, and a great character.

“At the same time he’s very driven and interested in what we’re getting out of training, what the game plan is, and how we think he can play well.

“He does that with a great personality and he’s very likeable. He’s fitted in excellently here and all the lads get on well. They train hard, but enjoy it.

“After the game last week he had a voice. There is a big movement going on at the moment and we’ve shown our support to that as a club. We support any actions like Rhian did after the goal as well. We’re all together.”