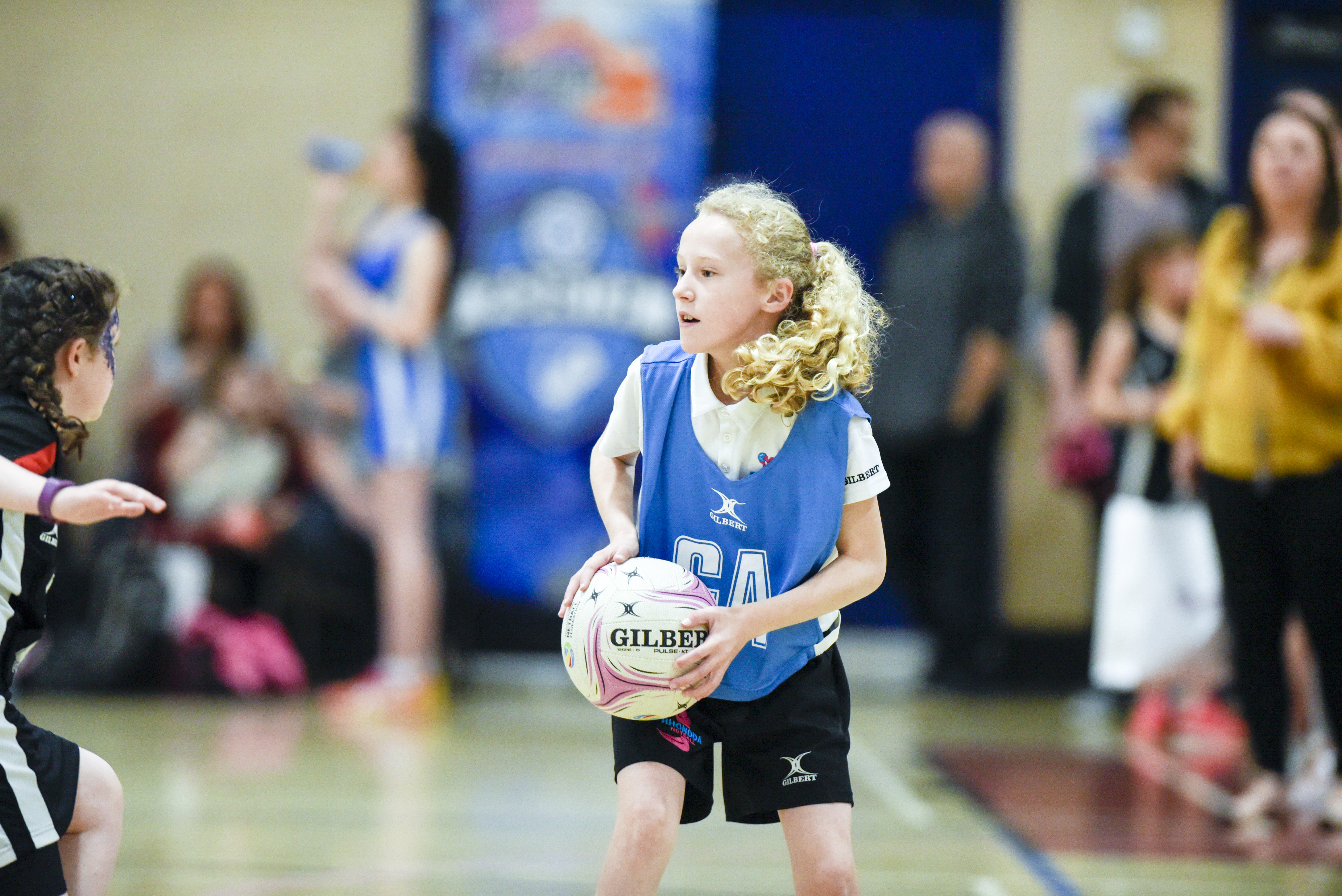 Action from the Rhondda Netball Under 9s.

The schools have re-opened, the nights are growing longer, and for hundreds of girls and women in the Rhondda Valley that can only mean one thing . . . netball is back!

The area’s new high performance senior team, the RCT Rockets, are still a few weeks away from taking to the court, but Rhondda Netball’s junior clubs start back on September 12.

But with more focus on developing the take-up of netball outside of those age groups for this season, the sport could be set for another record-breaking year.

Of course, the size of their long-term goals and the need for the initiative to help transform the culture of female sport in Rhondda Cynon Taf, will present some obstacles.

But, judged by the success and rapid growth achieved in their first two years, they will be confident of succeeding.

Leading Welsh retail group Leekes provide much of the backing for kit for the age group teams based at Ferndale, Treorchy, Tonypandy and Porth.

“It’s not just the health benefits,” she says. “It’s the social aspect as sport teaches people determination, resilience, and the ability to deal with failure.

“If you can teach those things for a generation of Rhondda girls, then that’s a brilliant achievement. It’s really positive.

“We know how hard it can be getting sponsorship to buy kit or raise the money for running costs.

“So, we sponsor their outfits and we have posters around our stores. We also arranged for 40 or so girls to come to our Tonypandy store, all kitted out in their Leekes-branded gear, for photos.

“We promote the teams in our stores and also on our company social media and we encourage all our customers to support and follow the teams.”

There’s no doubt netball is still very much a developing sport in Wales. That has given the Rhondda Netball initiative a blank canvas and allowed them to pioneer a number of strategies to support their growth.

One of these has been the establishment of their RCT Netball League. Whereas football and rugby both have centralised leagues and infrastructures, there is much more freedom in netball with several associations overseeing netball competition throughout South Wales.

The 2018/19 season will be the third year for the RCT Netball League and everyone at Rhondda Netball will be hoping the league continues to develop as a vehicle for junior netball provision in the Valleys – building on the substantial work currently being done by the A470 Netball League and the Glamorgan Valleys Netball League.

Players and fans will be watching closely to see who takes the honours for the 2018/19 season.