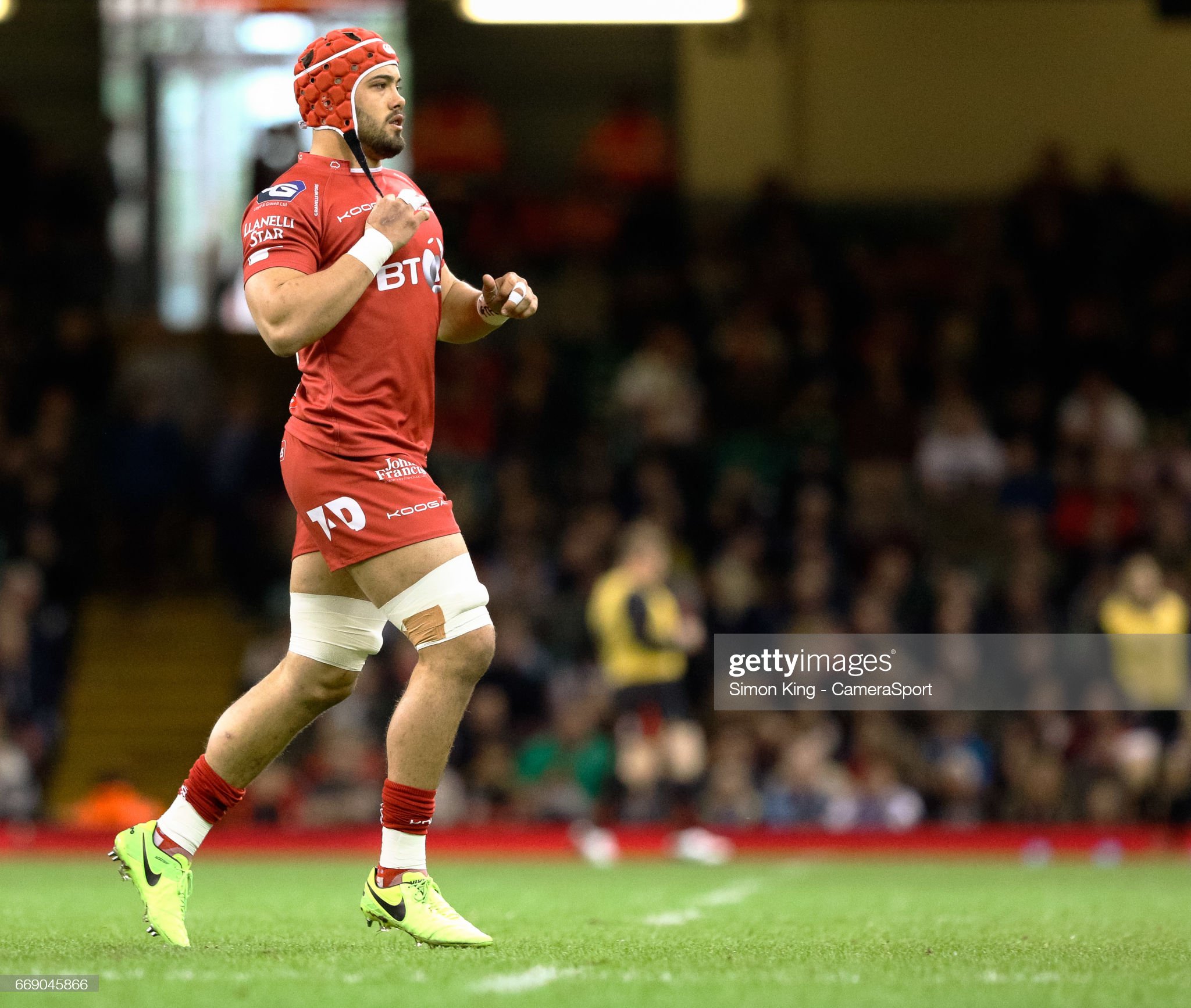 Josh Macleod will make his Wales debut against Georgia on Saturday – as a No.8 – as one of six changes made by coach Wayne Pivac that includes the return of wing Josh Adams.

The Scarlets forward, who is normally a flanker, has been selected at No. 8. with Jac Morgan, who came on as a replacement in the 20-13 victory over Argentina, named at blindside.

Macleod has played at No.8 just twice before for his region, the last time three years ago.

Ben Carter will make make his fourth start for Wales , lining up in the second row alongside Adam Beard. The front row is unchanged from last weekend.

Adams returns to the team, having missed the first two rounds this autumn through injury. He joins Alex Cuthbert on the wing, with Louis Rees-Zammit continuing at full back.

Rhys Priestland starts his second match this November having been named fly half. His Cardiff Rugby teammate Tomos Williams is again at scrum half.

After two appearances as a replacement this Autumn Nations Series, Owen Watkin comes into the starting line-up to partner George North in the centre.

On the Wales bench there are two more players in the frame to make their senior international debut with Dafydd Jenkins, who joined Wales camp yesterday as an injury replacement, and Dane Blacker selected.

Bradley Roberts is named replacement hooker and Taulupe Faletau provides the back row cover. Sam Costelow, who won his first cap against New Zealand on 5 November, and Leigh Halfpenny are the other replacement backs.

Pivac said:  “Josh Macleod’s a player that’s been really unfortunate in the past. We’ve wanted to use him on a couple of occasions, so this is very much third time lucky for him.

“He covers the back row. We know a lot about him, I’ve coached him at the Scarlets. He brings a lot of energy, he’s very strong over the ball and in tandem with Jac Morgan hopefully that will be a strong part of our game on the weekend.

“We’re looking forward to seeing him go at this level and seeing the physicality that he will bring.”

“The spine of the team is there. It’s very much about the here and now, we’ve got a game to play against Georgia and we have to be successful. But there’s also an eye to the Australia match.

“Dafydd Jenkins is a young player that we’ve had an eye on for quite some time now. He’s done well with the U20s and is doing very well at Exeter Chiefs. Talking to Rob Baxter, he’s very happy with what Daf is doing.

“Daf captained that side last week so his leadership is valued and already in camp for a very short time he’s picked everything up very quickly.

“We’re excited to see him go. There’s not many players like him in Wales and he’s definitely a player for the future and one that we think this is the opportunity to have a look at him.

“Georgia are a side that will be not too dissimilar to Argentina in terms of the forward play, they’re very strong up front.

“We need to back up the performance against Argentina, be a lot more clinical with the ball. We’ve challenged the boys again and I think a response will be what we’re looking for on the weekend.

“For us it’s about starting well – the last two matches we’ve gifted the opposition points early – so discipline early on is going to be important.”