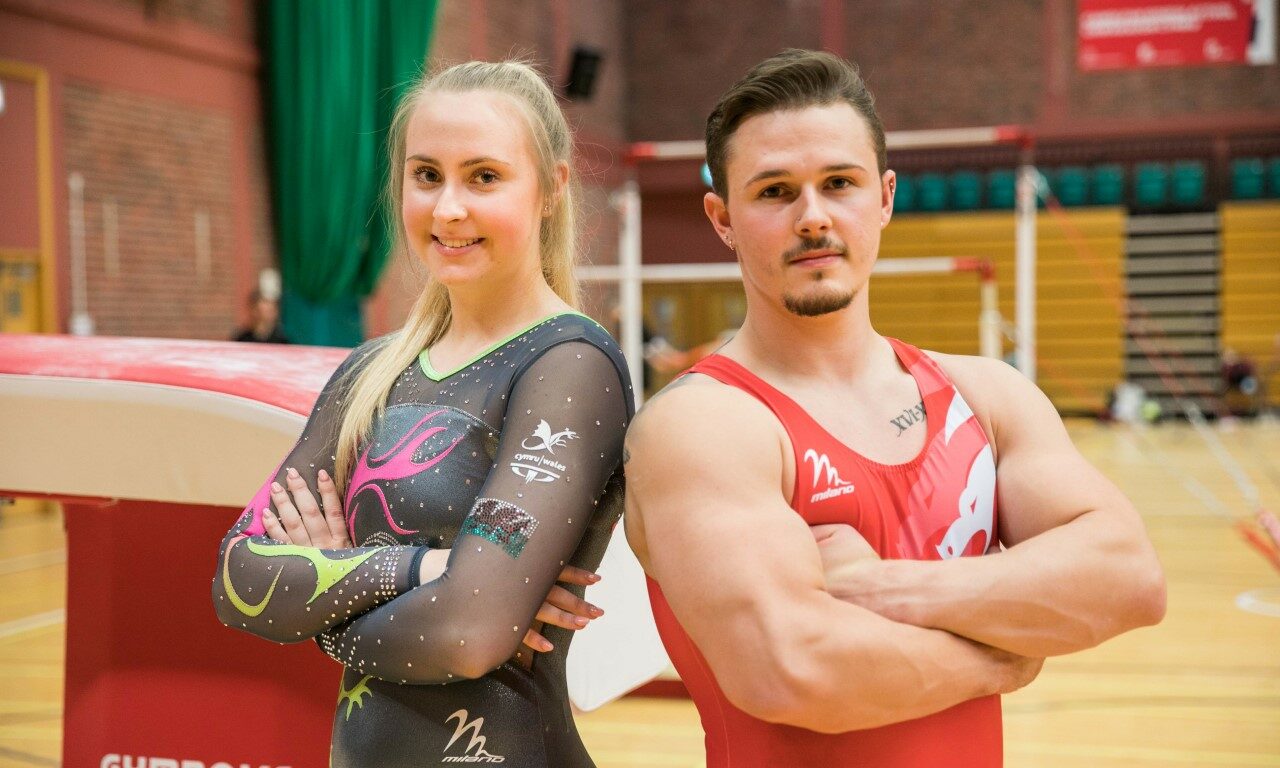 Holly Jones and Brinn Bevan were two of seven Welsh Gymnasts in action at the Northern European Championships.

Seven artistic gymnasts have been selected to represent Wales at the Northern Europeans in Cardiff next month.

Men’s National Coach Peter Haysham has named a full team of six – up from five when the event was last held in 2019 – and includes four of the team who won a silver medal in Iceland two years ago.

If they were to achieve that feat, it would be the first time at this event since 2011 and also emulate the men’s class of 2009 who won team gold when the Northern Europeans were last staged in Wales.

Bar chatter … @WelshGymnastics
star @brinnbevan tells @TomProsser08 why 2022 means @TeamWales for the first time.
👇👇
Brinn Bevan Missed Tokyo, But Now He Has Set A New High Bar . . . A Medal For Wales At The Commonwealth Games https://t.co/NnDINz06By via @Dai_Sport_

There was also plenty of individual success two years ago, with Joe claiming gold on both parallel bars and high bar, Brinn taking the honours on pommel horse and Emil victorious on vault. Joe was also second in the individual all-around and bagged bronze on the rings and pommel horse.

Joining those four is 2018 Gold Coast team member Benji Eyre (Loughborough Students), who was also part of the Wales men’s team who won silver at the Northern Europeans in 2017 in what will be his fourth appearance at this event.

Alex, who hails from Penarth and trains at South Essex, has been in superb form so far in 2021. At the Men’s British Championships in Cardiff last month, he bagged silver in the all-around, floor and pommel horse in the U16 competition.

Some of Wales’ best junior gymnasts were in action over the weekend.

Rhythmic duo Elizabeth Popova & Emily Cullen were competing at the Aphrodite Cup in Greece, while U16 MAG Alex Niscoveanu, from Penarth, struck gold in Germany.

He then followed that up by scooping the all-around title competing for Great Britain at the Wohnen Junior Trophy in Germany.

He added two further gold medals – on pommel and rings – as well as silver on floor.

Another 2018 Gold Coast gymnast Josh Cook (YMCA Barry/University of Illinois) – the fifth member of the men’s team from 2019 – is on his way back after a shoulder problem, but this event comes too soon for him.

Our girl Holly Jones at the British Championships where she took the title of The 2018 Senior British Vault Champion 👑🏆Holly is a Welsh International Gymnast. Back in 2016 at the young age of 15, Holly travelled out to Africa for the Junior Commonwea… https://t.co/5KCN0N0jqZ pic.twitter.com/rBm7s0ImZZ

The 20-year-old, who finished fourth on vault and only narrowly missed out on a medal at the Commonwealth Games in 2018, won silver on that apparatus at the last Northern Europeans in 2019 and was also part of the women’s team who won gold alongside Mia Evans, Jea Maracha, Poppy Stickler and the now retired Emily Thomas.