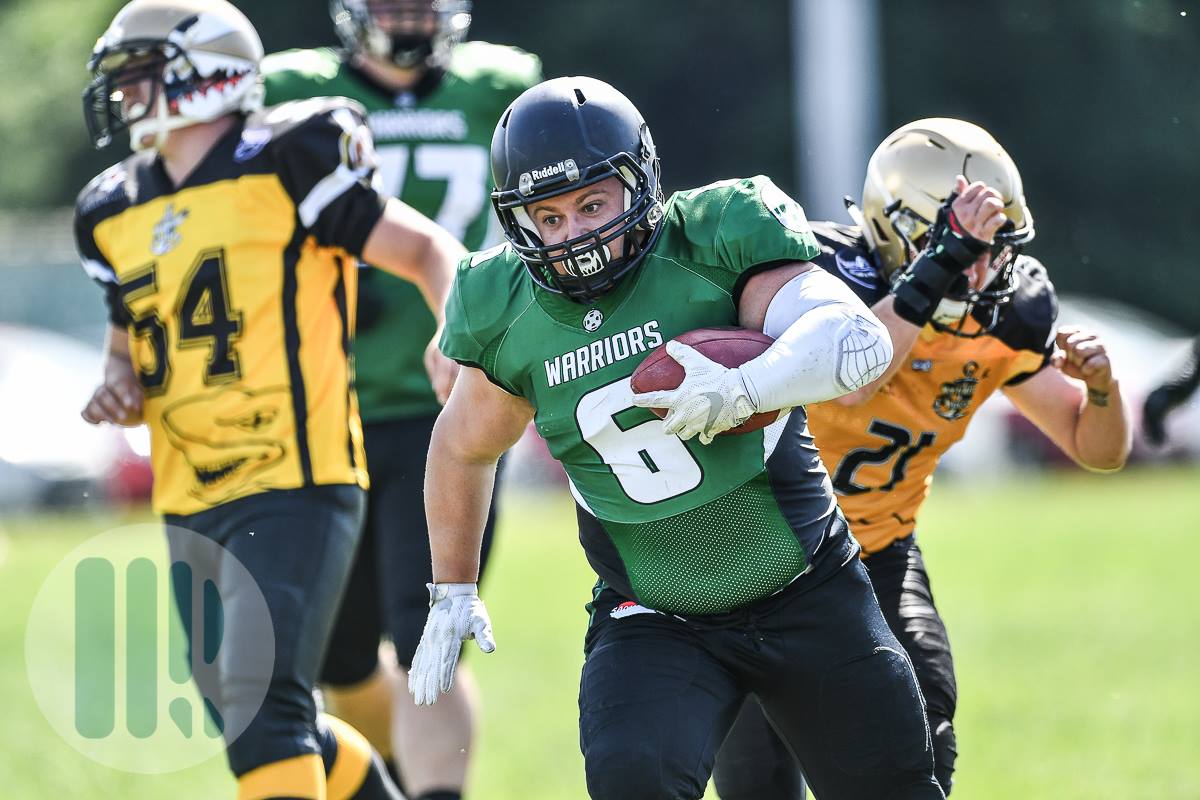 The South Wales Warriors have opened their four month long season with a win from their furthest away trip.

The Warriors made the six hour, 400 mile round trip to face the Cornish Sharks at their new home at Newquay Football Club’s Mount Wise Stadium which the tenants have nicknamed the Shark Tank.

But the Warriors emerged unscathed from swimming with Sharks who failed to show their bite as they were shutout by the Welshmen who scored via the offence, special teams and defence in the first quarter.

Running back Daniel Abruzzese rushed in to open the scoring and Mick Duncan added the extra point.
Duncan would add another three points with a field goal and the first quarter scoring was completed when the defence added a safety, tacking a Sharks player in their own end zone.

A further touchdown on the ground came in the second quarter this time from Josh Hughes, which was again converted by Duncan.

Irishman Duncan then took responsibility for scoring a major in to his own hands when he caught a touchdown pass from new quarterback Harry Taylor, who had come in to relieve starter Dean Jackson, in the third quarter. The receiver again added the conversion.

With only pride left to play for the Sharks took to the air but defensive back Dan Davies hunted the ball down and powered his way to score. Duncan made sure Davies’ ‘pick-six’ would be worth seven by again splitting the uprights.

The Warriors are next in action when they open their home schedule, at Llanharan Rugby Club, against the Worcestershire Black Knights on May 12.