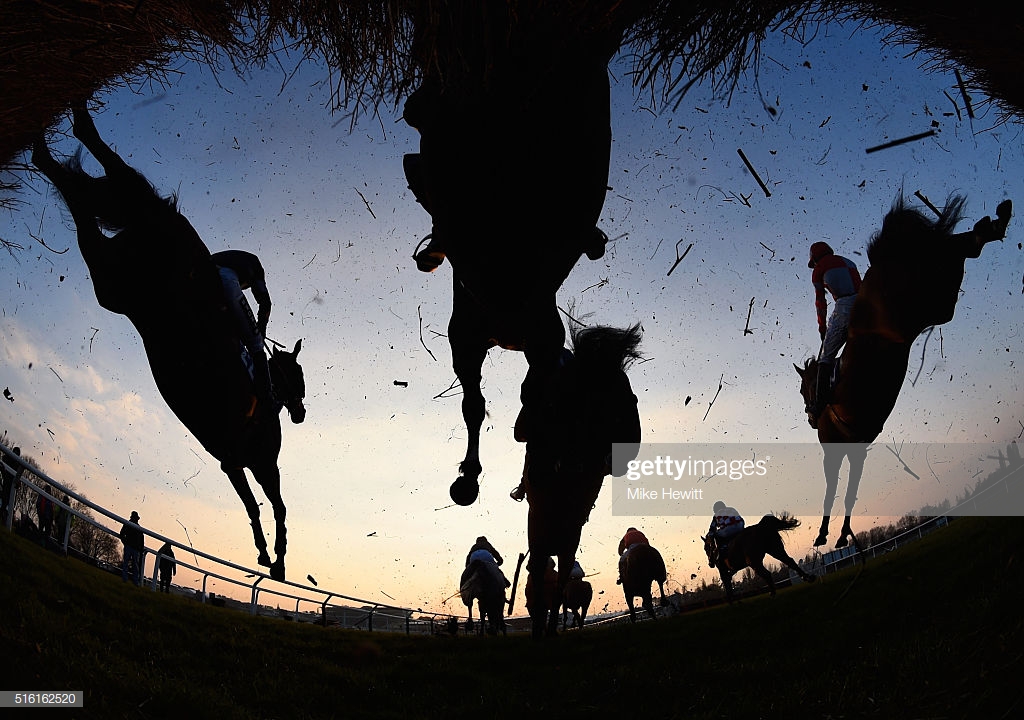 Silver Streak, trained by Vale of Glamorgan trainer Evan Williams and the only grey in a 10 runner field, was ridden by stable jockey Adam Wedge.

“He tried all the way through and I thought we would get second,” said Wedge. “The winner won by 15 lengths, but there was only a neck between the second and third.”

Williams, a former national champion point-to-point rider, said: ”I’m over the moon. At one point I’d have been happy if he’d won a couple of little handicaps and he’s ended up finishing third in the Champion Hurdle.”

“I’m delighted, surprised and shocked. I can’t believe it.

“The only thing I’ve got right with this horse is that he needed a genuine pace to come off. Nobody wants to see a horse in the wrong race.

“His performance has shown he was in the right race and it will be easier with him now We know he’s good enough.”

Less than half-an-hour after Silver Streak’s race, his stable companion Annie Bonny ran out a 13 lengths winner of the novices’ handicap hurdle at Sedgefield under Mitchell Bastyan.

Debra Hamer, who trains at Nantycaws in Carmarthenshire, came close to saddling her biggest winner yet when her nine-year-old ToBeFair, partnered by Tom Bellamy, failed by just a neck to catch the Irish-trained Sire Du Berlais in the Pertemps Network Final Handicap Hurdle at the Cheltenham Festival.

"I am genuinely shocked, and genuinely over the moon"

It's not just about the winner at @CheltenhamRaces , as trainer @EWilliamsRacing shared his pride for Silver Streak's fantastic third place in the Unibet Champion Hurdle

A 40-1 chance, owned by a pub syndicate, ToBeFair, who a few seasons ago ran up a sequence of wins, earned his connections £21,270 for his late effort.

The winner was ridden by leading Irish jockey Barry Geraghty.

Debra Hamer’s husband, Paul, is a former Welsh champion point-to-point rider and, like his wife, comes from the Bridgend area.

Silver Streak, the winner of the ⁦@DunravenWindows⁩ Welsh Champion Hurdle, enjoys a well earned drink after finishing third in the ⁦@UnibetRacing⁩ Champion Hurdle at 80-1 for trainer ⁦@EWilliamsRacing⁩ and jockey ⁦@AdamKwedge⁩ pic.twitter.com/DnytZaXQvr

The Brecon and Talybont Hunt Point-To-Point Steeplechases at Llanfrynach were rained off and they will now take place on Saturday, March 23.

There’s no stopping the Vale’s Connor Brace, who chalked-up another winner at Market Rasen.

Brace, a 7lb claiming jockey,  has been in tremendous form and, riding the Ben Pauling trained 13-2 shot Big Difference, beat the odds-on favourite Jurys Out by two-and-a-half lengths in the handicap hurdle.