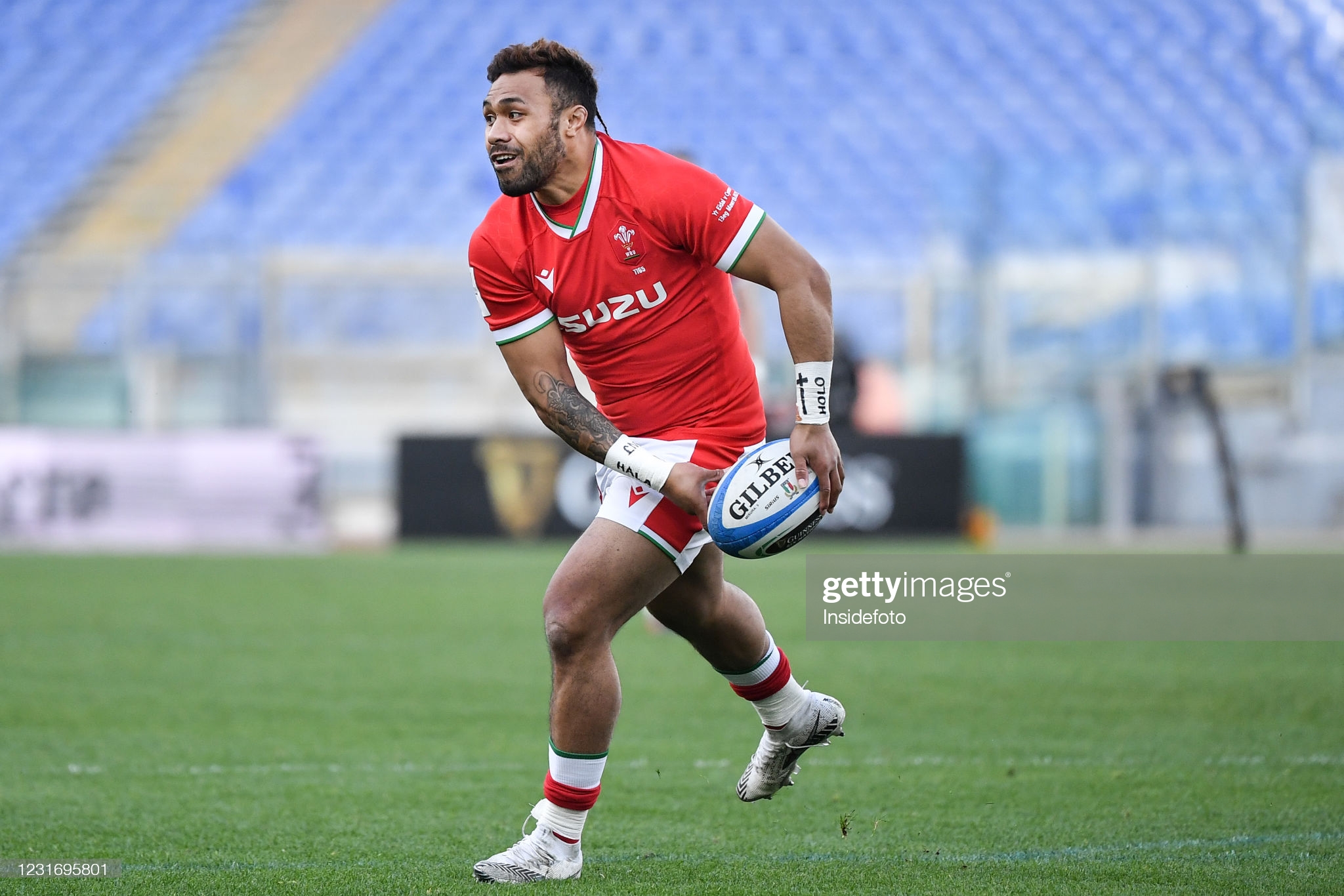 The Six Nations will come to a strange conclusion on Friday night when France host Scotland in Paris in an empty stadium, with Wales absent, even though they could be crowned champions. It might be a fitting conclusion to the oddest of tournaments, but some things are still clear to Fraser Watson – like the need to promote Willis Halaholo to a Wales starter.

Progress to laud, but lessons to heed.

So, a Six Nations campaign for Wales which yielded a record number of tries, unearthed rising stars, and ultimately vindicated Wayne Pivac, was tainted only by a frenzied few minutes in Paris.

On Friday night, the destiny of the championship title will be decided when France host Scotland in their re-arranged fixture and Pivac will not be the only one with his eyes on events at the Stade de France.

Declarations of expectations being surpassed, plus the Scotland-dependent notion that Wales could still be crowned tournament winners, have been defiantly re-iterated within the conclusions.

Both, of course, are true – although neither detract from the harsh reality that discipline, leadership, and game management disintegrated into the night sky last weekend when Wales needed all of them most.

Replacement Willis Halaholo was not exonerated amid the madness.

Just seconds after coming on, over-eagerness led to a penalty as the centre hastily ventured in front of Callum Sheedy before the outside-half could clear his lines.

That mistake, of course, barely mustered as a footnote to what transpired after. The subsequent French pressure amounted to nothing but there were two Welsh yellow cards, a Charles Olivion try, and an inexplicable failure to keep hold of possession late on before Brice Dulin officially obliterated the Grand Slam party.

But those who have closely analysed Halaholo’s impact in this Six Nations would have noted the significance of the moment.

Since unexpectedly entering the fray in the first half against Scotland, it was the only glaring error from one of Wales’ less heralded tournament performers.

It was a tournament which should now serve as the catalyst for him to take centre stage for Wales in the long term.

Such a view may rankle with those seemingly still offended by Halaholo’s mere existence. Indeed, his road to a first Welsh cap has at times, been an unnecessarily sour one.

In the three seasons that proceeded him swapping Waikato for Cardiff in 2016, his impact was as significant as any other Welsh centre at club or regional level.

Upon qualifying for Wales through residency, selection in Pivac’s first squad to face the Barbarians late in 2019 was merited.

But it sparked derision and idiotic resentment from a minority lost in a haze of confused thoughts about the nature of patriotism.

The type who think that settling in our country and parenting two Welsh-born daughters counts for little if you didn’t experience belting out Hen Wlad Fy Nhadau in school assembly.

The type who reminisce about that day in Wembley in 1999 with no caveats about the involvement of New Zealand-born and New Zealand-raised pair Brett Sinkinson and Shane Howarth and their ultimately flimsy grand-parental connections to Wales.

The type who think that as long as you don’t directly use abusive terms, then you’re absolved of racial ignorance.

As it happened, injury would intervene, anyhow, before Halaholo could do his talking on the field after that initial call-up.

A return to fitness and form, however, resulted in a belated debut in last month’s game at Murrayfield.

Brought on earlier than expected after Leigh Halfpenny was forced off injured, Halaholo showcased not just the physicality that consumes opposition defence lines, but also the skill to play a pivotal part in Louis Rees-Zammit’s game-changing try.

Still hurts if I’m honest. But gotta find the learning and lesson in it and use it for a better outcome next time… Thanks for all your support through good and bad not only for me but for the team. #juStheBeggininG
Much love everybody.❤️ pic.twitter.com/0q2T4aJasu

The theme continued with crucial second half contributions against England, in particular, and then Italy.

By the time the finale in France came around, the primary question had transformed from, ‘should he be eligible for Wales?’ to ‘shouldn’t he be starting for Wales?’

Pivac resisted the temptation. But theories that experience alone can carry an increasingly injury prone Jonathan Davies through a switch from 13 to 12, whilst George North’s power can mask defensive hesitancy and a lack of creativity at 13, are more idealistic than accurate.

Halaholo seamlessly settling into international rugby has been no fluke. He has the footwork, the strength, and the creativity to flourish in attack.

Defensively, anyone who paid fleeting attention to the post-Christmas Cardiff Blues v Scarlets derby will have noted the extent to which he shackled the aforementioned Davies and Johnny Williams.

At 30-years-old, Halaholo has plenty of prime time remaining and Pivac would be wise to utilise it.

Indeed, for all the new found positivity surrounding Pivac’s squad, critical long-term decisions lie in wait for the head coach ahead of the next World Cup.

Shrewd coaches always see the need for updating and re-shaping of their squads well before the cracks become visible to others.

The easy option would be stick with what we now perceive to be a winning formula. The brave, and more productive option, would be to prioritise reality over reputations of reliance.

A regular starting berth for Halaholo would represent the later notion. His path to this point has meant overcoming adversity – from falling into a gang culture in Auckland as a teenager to enduring the bile that accompanied his original international call up.

Now is the time to let him shine at the centre of it.