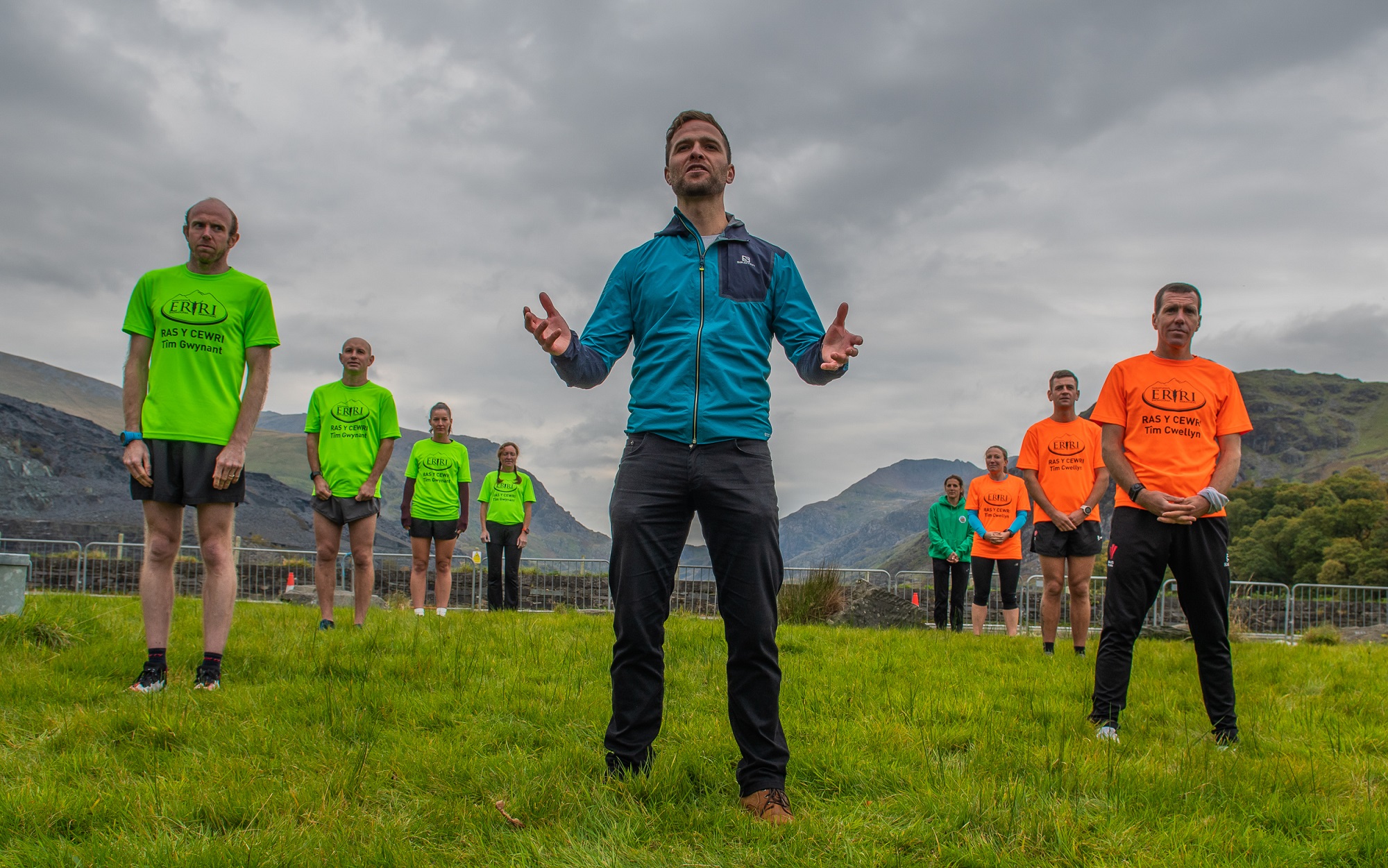 Though the streets of Llanberis may be quieter this Saturday than on a usual Snowdonia Marathon weekend, S4C will be holding its own tribute to the event by challenging a host of elite runners to a race along the iconic route.

Earlier this year, organisers announced that the 38th edition of the legendary marathon was to be postponed as a result of the Covid-19 pandemic.

However, as part of a special S4C programme, a selection of north Wales’ top runners, including a host of previous winners, will race in two separate relay teams, with a member of each team running a leg of the marathon simultaneously.

The programme Marathon Eryri 2020: Ras y Cewri, which is produced by Caernarfon-based Cwmni Da, will be shown at 9.00pm on Sunday 25 October.

Brassington said: “There aren’t many races, especially in Snowdonia, where so many people come out to watch.

“The crowds are fantastic, and they create a marathon atmosphere that’s second to none in Wales, I would say.

“There won’t be that atmosphere and buzz in Llanberis this year, but it’s important that we carry on celebrating the race.

“The race is a really interesting format and the fact that they’re running together in teams will add more fuel the fire.

“They are all elite runners in their own right and most have represented Wales either on the mountain or the road. I can’t wait to see how they get on to be honest.”

In addition, programme Marathon Eryri 2020: Ras y Cewri, will profile some of the 600 runners taking part in the Virtual Eryri Rhithiol challenge, which involves running the 26.2 mile marathon distance over seven days.

Brassington added: “I have been interviewing some of the people taking part in the virtual race; a nurse working in Ysbyty Gwynedd and someone who has recently completed chemotherapy.

“With so many events being cancelled this year, a lot of charities have missed out on fundraising. So the fact that this event is taking place is also important from that point of view, and it will help a lot of local charities.

“Life does not stand still and runners are certainly not good at standing still. Running has given a people an escape during lockdown and it’s really helped a lot of people.

“They have been training for the virtual race, so it’s been great for the runners to have a target like this, to work towards.”

A Cwmni Da production for S4C