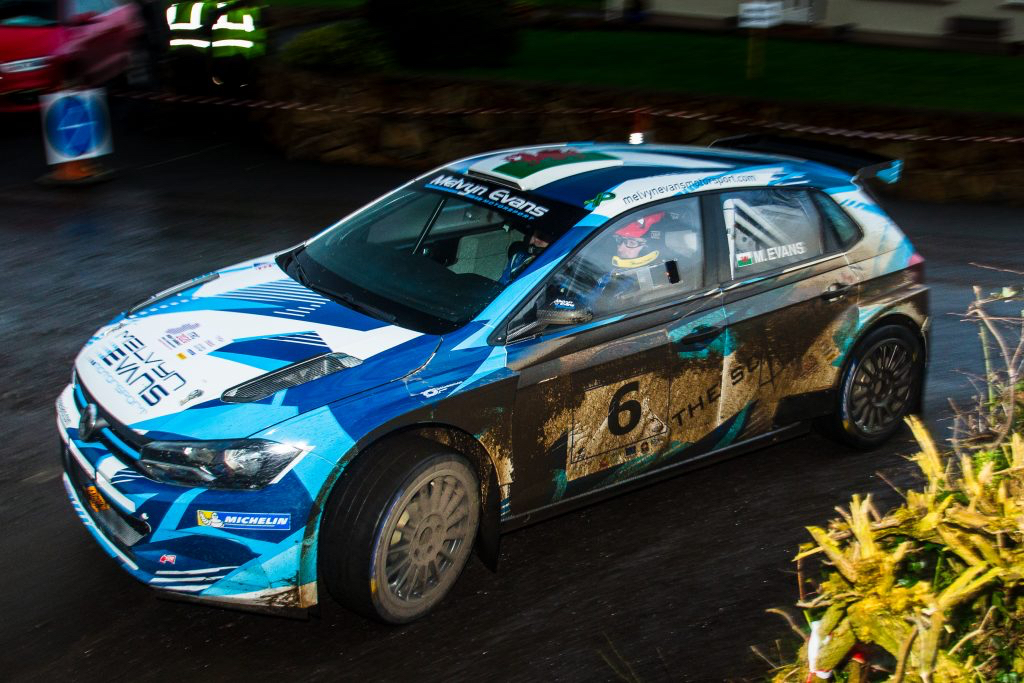 Meirion Evans will be aiming to uphold family honours on this weekend’s West Cork Rally.

It’s a rally his father has won twice, and this weekend Meirion Evans is heading from his home near the tiny Carmarthenshire village of Llanwrda to take on the might of the local Irish Tarmac Rally Championship competitors at the famous West Cork Rally.

Melvyn Evans won the event in 2002 and 2006, driving a Ford Escort WRC and a Subaru Impreza WRC respectively, and he remains one of the very few non-Irish drivers to have conquered the event.

Whilst Melvyn still can’t resist contesting the odd rally or two, the mantle has been handed over to his young son – who will contest this weekend’s event in the family-run The Scan Station-backed Volkswagen Polo GTI R5.

It will only be the second time that the 24-year old chip off the old block has contested the event. Last year an early fuel pump problem with his Hyundai i20 R5 forced him to superally, where he went on to set some excellent stage times with a flying and trouble-free run on day two.

Co-driven by Jonathan Jackson, Evans Jnr. gave his new Michelin-shod Polo GTI R5 an impressive debut on the opening round of the Irish Tarmac Rally Championship, finishing fourth on last month’s Galway International Rally. A notoriously wet, slippery and tricky event, he considers that to be one of his best performances of his career so far, which bodes well for the upcoming event in County Cork.

“The West Cork Rally is one of the rallies I’d like to win the most – not just because it’s such a long and challenging event, but because my father has won it twice,” says Meirion.

“He still remembers sections of the route, and his experience and knowledge of the surface and levels of grip in the ever-changing weather conditions are a great help. His advice has certainly speeded up my learning process, particularly in Ireland, there’s no question about that. But of course it’s down to me when I’m behind the steering wheel, and I have to prepare and drive the very best I can in a modern Volkswagen Polo GTI R5, which is obviously completely different to an almost twenty year old World Rally Car!

“I did the West Cork for the first time last year. Unfortunately, we had to superally after our Hyundai i20 R5 stopped with a fuel pump problem early on the first day. After we restarted we set some good stage times, so we’ll head into this year’s event with a lot of optimism – especially coming straight after a good run in Galway in the new car. With the British Rally Championship joining the Irish Tarmac Championship in West Cork, there is a fantastic entry and even getting anywhere near the podium is going to be extremely difficult. We’re going to give it our very best shot, stick to our rally plan and see what happens. Hopefully, we’ll have a good run and bag some more Irish Tarmac points.”