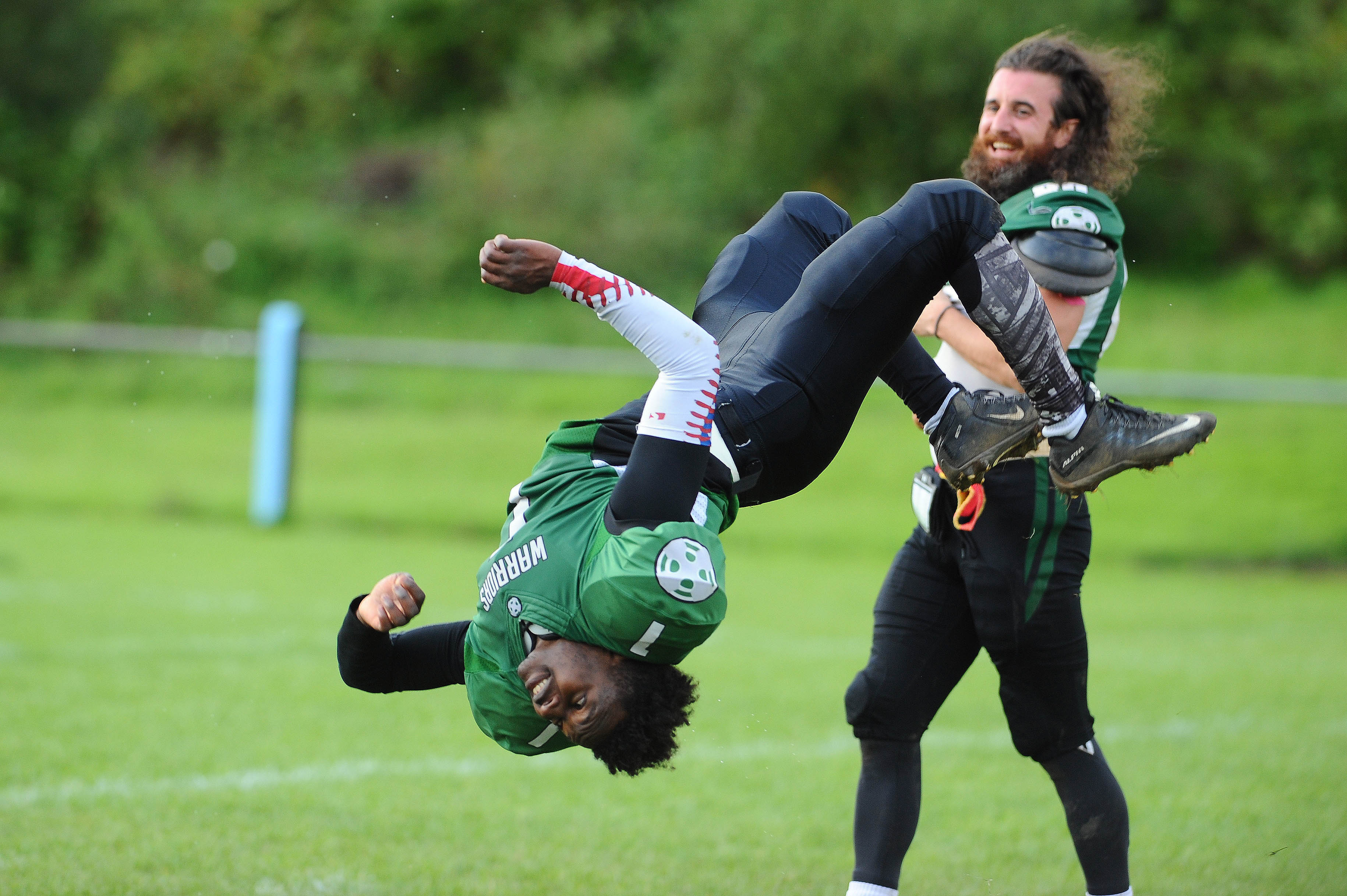 The only Welsh team in the British American Football National League can win their first silverware in eight years this weekend.

But standing in the way of the South Wales Warriors, in the British American Football Association (BAFA) Division Two Southern Conference Britbowl, are a team who hold a special place in their hearts for the Welsh capital.

The Bournemouth Bobcats were formed in 1986 and just a year later won the Budweiser Premier Bowl, the then second tier of British gridiron, at Cardiff City FC’s infamous Ninian Park.

In the late 1980s gridiron was a regular fixture at Sloper Road. The Cardiff Tigers, who in 1987 were in the top flight Budweiser National League, had made their home at the imposing ground and captured a generation of fans including one young Bluebird from the Rhondda.

Geraint Roberts, who watched both the Tigers and Bluebirds from the old terraces, is now the head coach of the Warriors formed after the Cardiff-based Tiger Bay Warriors, like the Tigers and Ninian Park, were consigned to the rubble of history in 2000 having reached a bottom tier Britbowl the previous summer.

Since entering the BAFA league in 2001 the Warriors, who have played in Cardiff and Bedwas and are now settled at Llanharan Rugby Club’s Dairy Field, have created their own history with a Division Two Britbowl XXV title in 2011 and three years in the top tier Premiership under their belt from 2013 to 2016.

Ahead of this Saturday’s final, part of the Britbowl XXXIII (33) weekend, both the Warriors and Bobcats know they will be promoted to the middle tier Division One. The 12-noon showdown is to decide the winners of the Southern Conference.

The New River Stadium is also a contrast to 2011 when the Warriors beat Scotland’s West Coast Trojans, 48 –20 , at Crystal Palace. Since that title win the Warriors achieved Premiership status, which they voluntarily relinquished ahead of the 2017 season following a host of retirements, and a winless season in Division One that resulted in relegation and then semi-final heartache last year.

The Bobcats highpoint was achieved 32-years ago at Ninian Park when the Leeds Cougars were defeated 43-6. But, like many teams formed in the 1980s, the Bobcats struggled to survive in the new decade. The original club folded in 1991 and while other teams kept gridiron alive in Bournemouth the Bobcats were reformed in 2009 and re-entered the national league in 2012.

This season has proved to be the reformed club’s best yet by gaining a play-off place as runners up to south division champions the London Blitz B and winning twice on the road in the play-offs to seal a final birth as the number five seeds.

The unbeaten Warriors were ranked number two entering the play-offs and after seeing off west division rivals the Bristol Apache, 28-3, the Welshmen recorded a 16-6 semi-final victory over the Blitz B.

Though the Warriors gave up the opening touchdown to the Blitz it came when the offence turned the ball over meaning the Warriors defence hasn’t conceded a touchdown during the post season.

Bournemouth will surely have tapped up their divisional rivals, who they lost to twice to suffer their only defeats of the eight-game regular season, for information on their Britbowl opponents.

What they can expect is a team willing to run the ball all day with, if all players are available, at least four running backs, led by bulky former Swansea University Titans player Josh Hughes (number 6), able to carry the load. The smaller, and more elusive Daniel Abbruzzese (#2) is usually first relief and the raw talent of Chris Rees (#86) is also a threat from the backfield.

The Warriors will be without starting offensive lineman Frankie Pankhurst who was ejected for fighting in the semi-final and must serve a one game suspension. Despite his absence the line remained effective against the Blitz.

Veteran quarterback Dean Jackson (#5) is always ready to strike downfield and this season speedster CJ Caparas (#17) has emerged as a potent threat while Mick Duncan (#19) has sure hands and will usually carry the ball for additional yards after the catch. Duncan is also the team’s goal kicker and can be relied upon to add the extra point to touchdowns.

The Irishman’s big boot is also important in the battle for field position as the team’s punter though in short yardage situations the Warriors do not fear gambling which is reflective of a front foot forward approach which has seen them score often and quickly in the early part of this season.

On defence the Warriors reflect coach Roberts, a former safety, turned linebacker who captained the 2011 Britbowl winners, whose introduction to sport was on the famed Ninian Park terraces.

The defence has a core of veteran players led by joint captains, linebacker James Henderson (#55) and nose tackle Andy Price (#57) while Akeem Hallisey (#45) never stops chasing the QB and Nate Webb (#85) stalks the middle of the field collecting any lose ball or runner.

Bournemouth’s offence is led by strong-armed QB Craig Macdonald (#1) and receivers Joe Edwards (#10) and Carl Phillips (#84) are among his favourite targets.

During the play-offs safety Tom Burn (#24) has stood out for the Bobcats, and is also a dangerous punt returner, while linebacker David Isaacs (#9) is another important part of the Bobcat defence.

The Bobcats have scored 286 points in their eight regular season games and allowed only 71 while during their regular season fixtures the Warriors scored 298 points and gave up just 56.

Comparisons are difficult however due to the varying quality in Division Two. While the Bobcats lost a tense 17-10 away fixture to the Blitz, and a 33-39 shootout on the coast, the south division also contained two of the weakest sides in the Southern Conference but did provide both of last year’s promoted sides.

The Warriors found the Blitz to be their toughest opponents of the season and will respect the Bobcats’ away victories over favoured opponents the Norwich Devils, 6-30, and the impressive 20-42 semi-final downing of the Essex Spartans.

Britbowl XXXIII takes place at the New River Stadium, North London with the South Wales Warriors v Bournemouth Bobcats kicking-off at 12pm on Saturday, August 31. The game will be live streamed on YouTube at Onside TV and via the British American Football Association Facebook page from 11.30am.