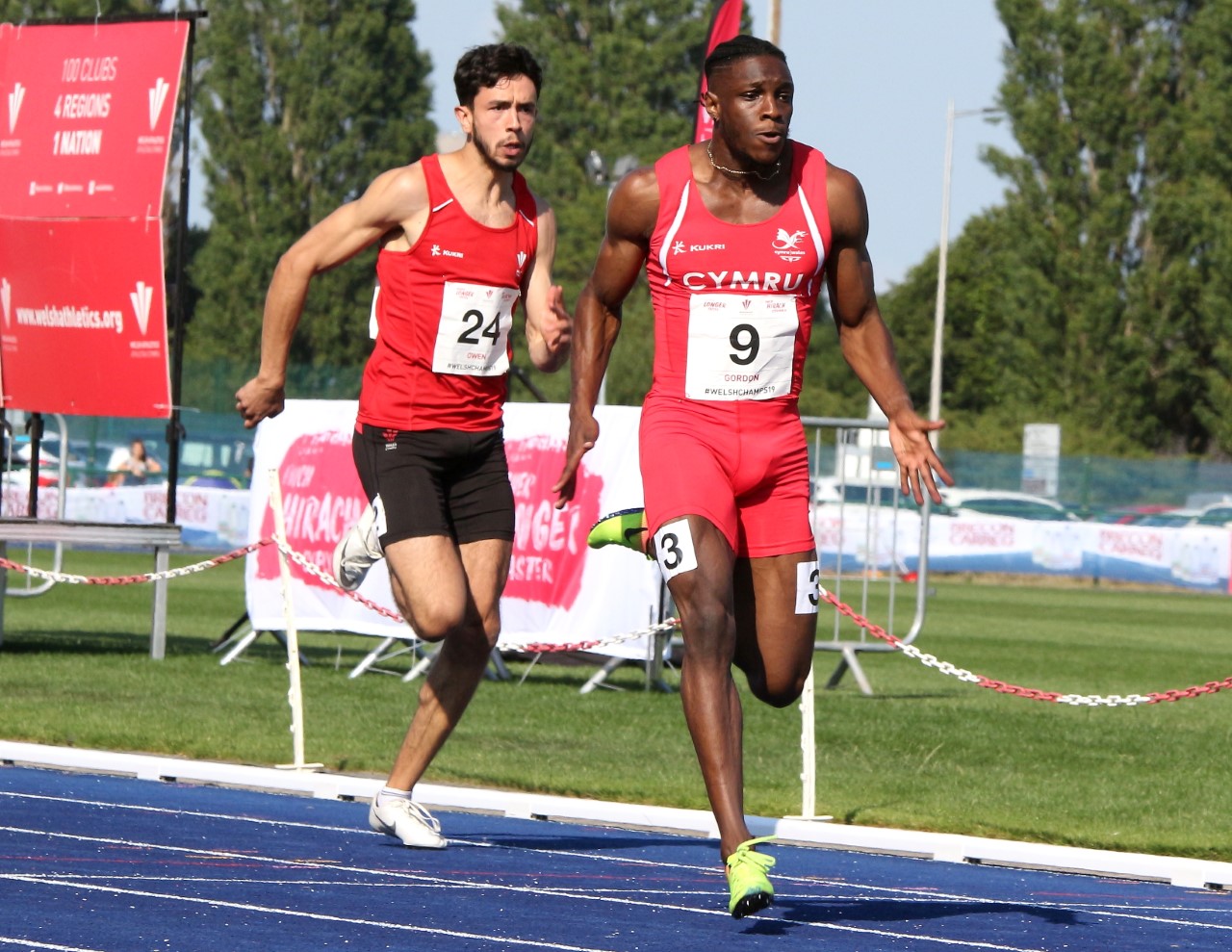 The Welsh sprinting charge continued at full throttle this week during the annual Belfast International meeting.

Sam Gordon led the way as he continued his outstanding form to produce a brilliant performance in the men’s A 100m final on Thursday night.

The Cardiff athlete, who recently ran a wind-assisted 10.08 to win the Welsh Senior Championships, finished well clear of a quality field.

Running into a headwind at the Mary Peters Athletics Track, Gordon clocked a time of 10.37, just outside his personal best of 10.32.

The men’s 100m B race produced a spectacular clean sweep for the men in red which took a photo finish to split the three Welsh sprinters taking part.

Cardiff’s Arron Owen got the nod in a time of 10.79 over clubmate Josh Brown, who clocked the same time.

Neath’s Owain Lloyd Hughes, celebrating his recent call up to the Great Britain Under-20 squad for the Manchester International, finished third in a time of 10.82

And there was an equally impressive one-two for Wales in the men’s 400m A race where Swansea Harrier Joe Brier and Cardiff Athletics’ Owen Smith finished almost 10 metres clear of the field in first and second.

Smith looked strong in the early stages and led coming into the home straight, but Brier timed his effort perfectly to take over in front in the last 60 metres and held on to win by a metre in 47.12.

Not to be outdone by their sprint counterparts, Wales’ endurance athletes got in on the act in the women’s 3,000m.

Cardiff’s Charlotte Arter led for long periods of the race before compatriot Jenny Nesbitt hit the front with 400m to go.

But the tall figure of Dutch athlete Jip Vastenberg took over the lead around 300m from the tape and just managed to hold off the challenge of the two fast finishing Welsh athletes right on the line to win in 9:04.82

In the field, Cardiff hammer thrower Jac Palmer, who recently celebrated going over 70m for the first time to win the Welsh Senior title, finished second to Great Britain’s Chris Bennett with an effort of 67.74m.